The M3A3 was a late modification of the legendary American Bradley fighting vehicle, developed in the late 1990’s based on the experiences gained from the Gulf War. Soon, seasoned American tankers will have the chance to command this upgraded Bradley modification, coming as part of the next major War Thunder update!

Briefly: A further developed variant of the M3 Bradley, featuring substantial improvements in both firepower and protection.

Following the Gulf War of the early 1990’s, US engineers developed a new modification of the widely used M3 Bradley in order to incorporate improvements derived from the operational experience gained during the conflict. As such, the Bradley received numerous upgrades to its electronic systems, including a new fire control system, a laser rangefinder and thermal imaging for the commander along with other improvements to the vehicle’s protection and firepower.

The M3A3 modification of the Bradley started being shipped to the first U.S. Army units in 1998 with the first vehicles officially entering service in 2000. By late 2010, well over 3,300 Bradleys were converted to the A3 standard and the vehicle continues serving as one of the cornerstones of the U.S. armored units today. 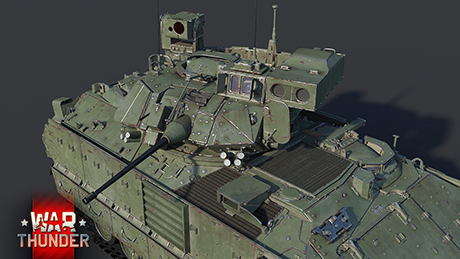 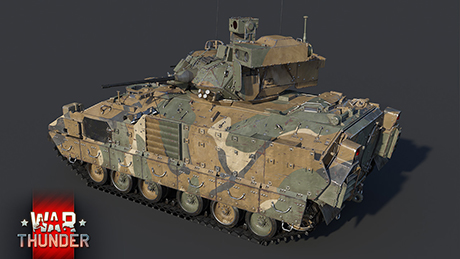 In War Thunder, the M3A3 Bradley will be a new unit arriving in the top ranks of the American ground forces tree, further expanding its light tank line. Compared to the existing base modification of the Bradley in-game, the M3A3 brings with it several notable improvements which many veteran American tankers are sure to appreciate. That being said, let’s take a closer look at what this beauty has on offer, shall we?

One of the most noteworthy improvements made to the Bradley with the A3 variant is the increased armor protection, making it a much more formidable opponent against other vehicles of the same type.

While the Bradley’s protection received a major improvement, its firepower wasn’t neglected either. Despite still using the same 25 mm chain gun as its primary weapon, the Bradley’s missile armament was upgraded to be able to launch more advanced TOW missiles. As such, the M3A3 can now launch two types of TOW missiles - the TOW-2A and the TOW-2B. Both missiles represent more capable variants of the familiar TOW ATGM, with the former possessing a tandem warhead capable of defeating reactive armor while the latter represents the extremely deadly top-down attack version of the TOW able to mortally strike enemies behind cover through their thinly armored roofs!

The M3A3’s upgrades to firepower and substantial improvements in protection caused the vehicle to become much heavier as a result. Thus, the vehicle’s combat weight increased to 29,9 tons. Although the Bradley did receive an uprated 600 horsepower engine, it only helps to somewhat offset the weight increase. Overall however, the Bradley’s mobility will still be lower than that of its predecessor. Regardless, most tankers will likely find the improvements to protection and firepower enticing enough in order to justify losing some mobility in this trade-off.

Lastly, the M3A3 Bradley also comes with some more minor upgrades which will further improve its reconnaissance abilities. Namely, the vehicle comes equipped with a laser rangefinder as well as an independent commander’s thermal sight, allowing players to utilize thermal vision in binocular view and thus more easily spot enemies in both day- and nighttime conditions.

The M3A3 Bradley will soon join the top ranks of the American ground forces tree with the arrival of the next major update coming to War Thunder. In the meantime, be sure to stay tuned to the news in order to catch all the latest developments surrounding the next major update. Until then, happy hunting tankers!

Commenting is no longer available for this news
Rules
MaggyYolokrau1
40

where is my ivf puma and marder series

Hauptmann_Jager_, for what a marder.. we have the bagel which is better in every way

will we see a Marder to ?

Freeboos rejoice! Your wish has been granted! Great addition to the American light vehicles. But will we get radar SPAA for china in this patch? It really needs new SPAA.

the US doesn't even have a radar guided SPAA above 8.3

Are you the new Mirage spammer? You're not even going to use that SPAA.

Comett, bruh lots of people use the adats, its really good

This is more than ok, great new addition guys keep it up.

modern_primat, They've just second Bradley in years and you complain, like we don't have enough M60s in the game

"So it begins" -Lotr

Please stop spamming OK,its not coming in the next update, please be patient OK?

Cyannide, What does it mean????