SMS Von der Tann was a German WWI-era battlecruiser, developed in response to the British Invincible-class  and considered as one of the most advanced warships of its time. Actively participating in numerous WWI naval operations, SMS Von der Tann has been readied for war once more as it prepares to join the fight in War Thunder naval battles with the release of the next major update!

With the appearance of  HMS Invincible in 1906, the Imperial Navy found itself lacking an appropriate response as the British battlecruiser outmatched any comparable vessel in the German fleet at the time. As a result, German ship builders began working on designing an equivalent vessel in the same year under the name “Cruiser F”. As the ship would eventually become Germany’s first battlecruiser, its design was carefully considered, with emphasis being put on speed and protection.

By mid 1907, Cruiser F’s design had been finalized and its construction approved by the Kaiser in June, christening the vessel SMS Von der Tann in honor of a Bavarian general. Von der Tann was laid down in March 1908 and launched exactly a year later, before being completed and commissioned into service in September 1910. At the time of commissioning Von der Tann quickly became the new symbol of German naval power, being not only the first German warship fitted with steam turbine engines, but also the world’s fastest warship of its type at the time. After completing trials, Von der Tann was sent on a cruise to South America before returning to Germany in May 1911.

During WWI, Von der Tann participated in numerous naval operations in the war: including the Battle of Jutland in 1916, as well as participating in raids against British ports and engagements against the Russian Navy in the Baltic Sea. At the end of WWI in 1918, Von der Tann along with the remainder of the German Navy was interned at Scapa Flow. In the following year, the interned German fleet along with Von der Tann scuttled itself to prevent capture by the Allies with this event marking the end of the warship’s illustrious career. 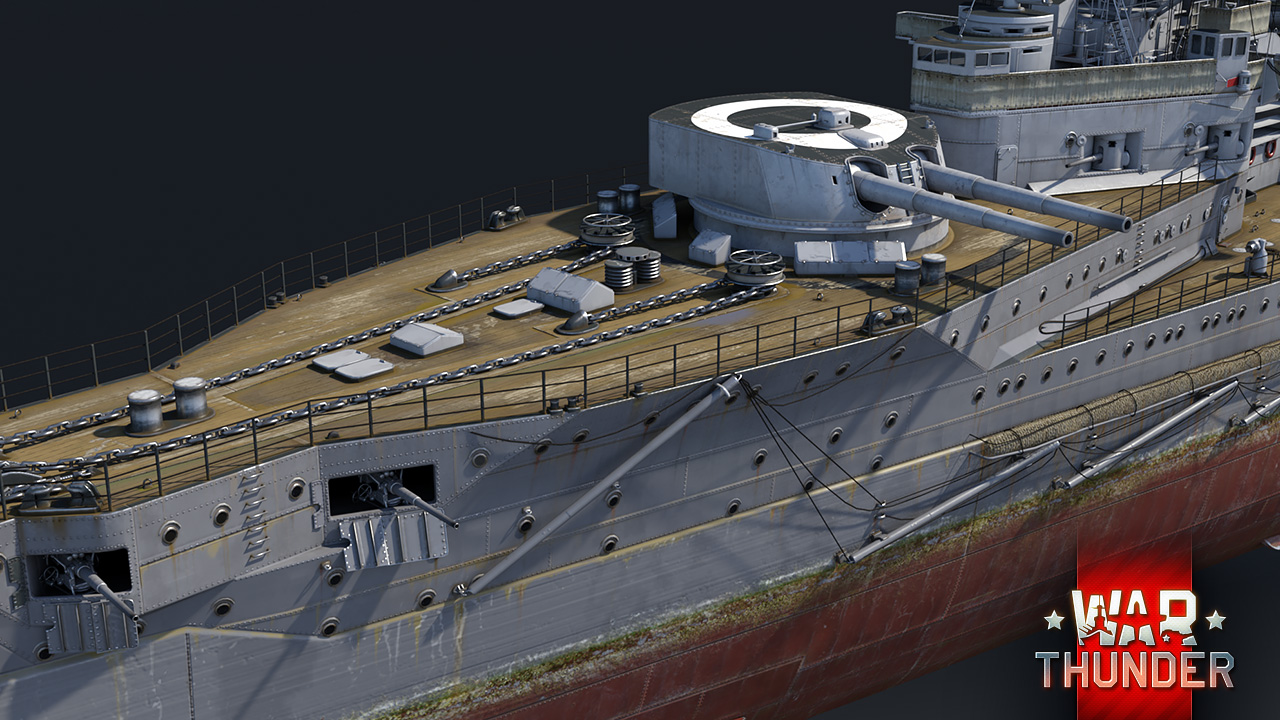 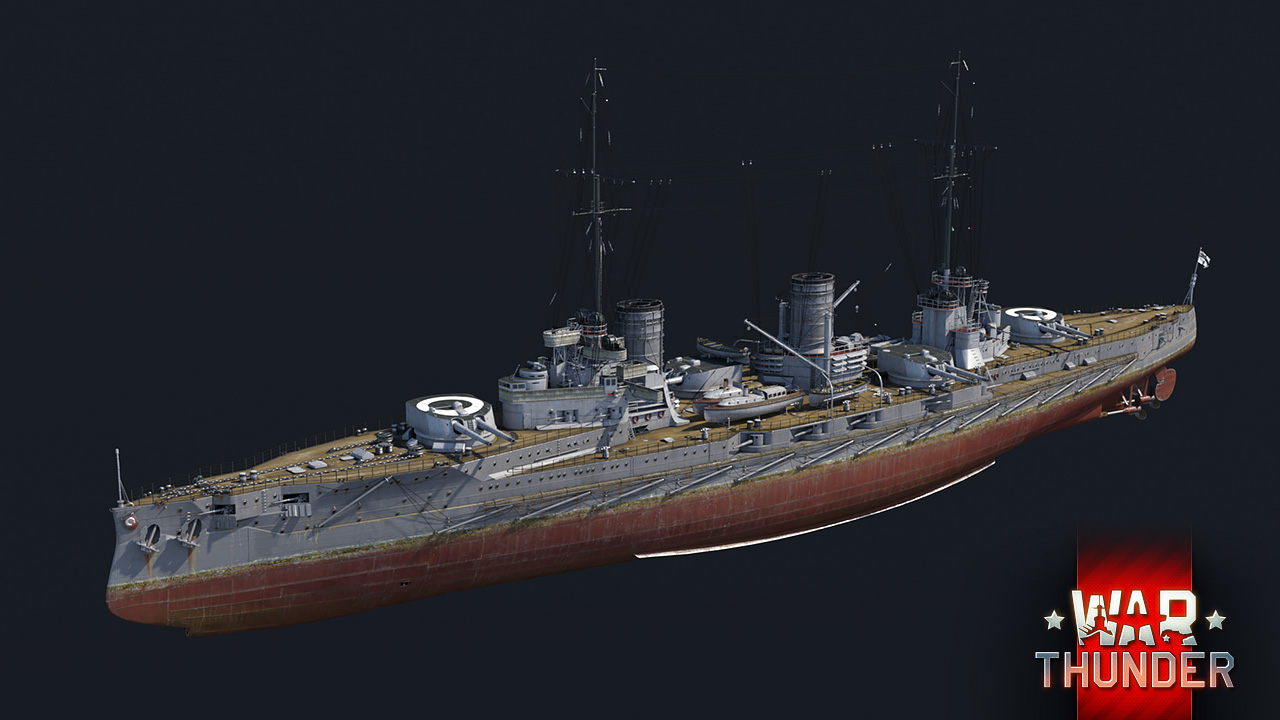 In War Thunder, SMS Von der Tann will become the first battlecruiser to join the ranks of the German Navy, following the release of the next major update. Packing a hefty punch with its battleship calibre main guns while possessing good mobility and maintaining adequate protection at the same time, SMS Von der Tann gives captains who value versatility a solid alternative to the early German battleship designs.

Fun Fact: At the time of its construction, SMS Von der Tann was the fastest warship of its class in the world, capable of achieving up to 28,1 knots under favorable conditions. It is worth mentioning, that overall engine power of the battlecruiser was almost twice as high as British HMS Dreadnought’s.

Despite not being as heavily armored as a fully fledged battleship, SMS Von der Tann still features some pretty impressive protection. Namely, its vital components are shielded by a 250mm thick belt armor, while the main battery turrets and secondary battery casemates feature up to 230mm and 150mm of protection, respectively.

SMS Von der Tann was the first German warship to be equipped with steam turbine propulsion. As a result, and despite its heavy firepower and armor, the ship manages to reach an impressive top speed of close to 27 knots (50 km/h), thus resulting in substantially improved mobility when compared to any other German heavy-weight of the bluewater fleet.

The battlecruiser SMS Von der Tann will be docking at player ports with the release of the next major War Thunder update and will become the first ship of its type to join the ranks of the German navy in the game. In the meantime, be sure to stay tuned to the news as we continue unveiling what the last update of the year has in store for you. Until then, calm seas and happy hunting captains!

Commenting is no longer available for this news
Rules
LM_Grizzles
2

This doesnt look like a type 10 gaijin where are you hiding it.

Immediatly going to rank 6 means only 1 thing: "Rank 5 Premiums are back on the menue boys" No changes to the maps, the compression, the objectives, the stock grind, the economy over all... PT boats are still more battle decisive, revenge killing of BBs with big bombers is not adressed but kind of advertised... It is disgusting! I really like the ship but in game it will be a mess!

It's a rank 5 vehicle, it was a typo that's been fixed now.

well there's also the fact that right now bbs can desintegrate enemy ships with impunity because they face 5.0, 5.3 vessels.... the Trento and Regolo were fine at 5.0.... now because of this crap we have an heavy cruiser agaist dds.

How about improve naval gameplay and br first