One of the more unusual vehicles in the game will be the Roland 3 air defense system on the chassis of the MAN truck! A mighty newcomer joins the battle in the next War Thunder major update!

The FlaRakRad self-propelled anti-aircraft missile system with the Roland 3 surface-to-air missile system became the most advanced modification of the Roland, Franco-German anti-aircraft missile. While the army version of the FlaRakPz 1 self-propelled air defense system was equipped with a tracked chassis, the air defense services and the German naval forces settled on wheeled chassis for AA systems for airfield protection. At the end of the 90’s, a MAN 6x6 truck was chosen as a chassis for the Roland 2 complex, but soon a unified command vehicle on the chassis of the MAN 15t mil gl KAT I A1 (8×8) truck was adopted, which served as the basis for further development of the Roland family.

One of the latest modernization programs for the complex for the needs of the German army assumed the possibility of launching not only Roland 2 and Roland 3 missiles, but also promising long-range VT1 missiles, but the program was not completed and by 2003 Germany refused to further modernize the Roland complex in favor of more modern systems. 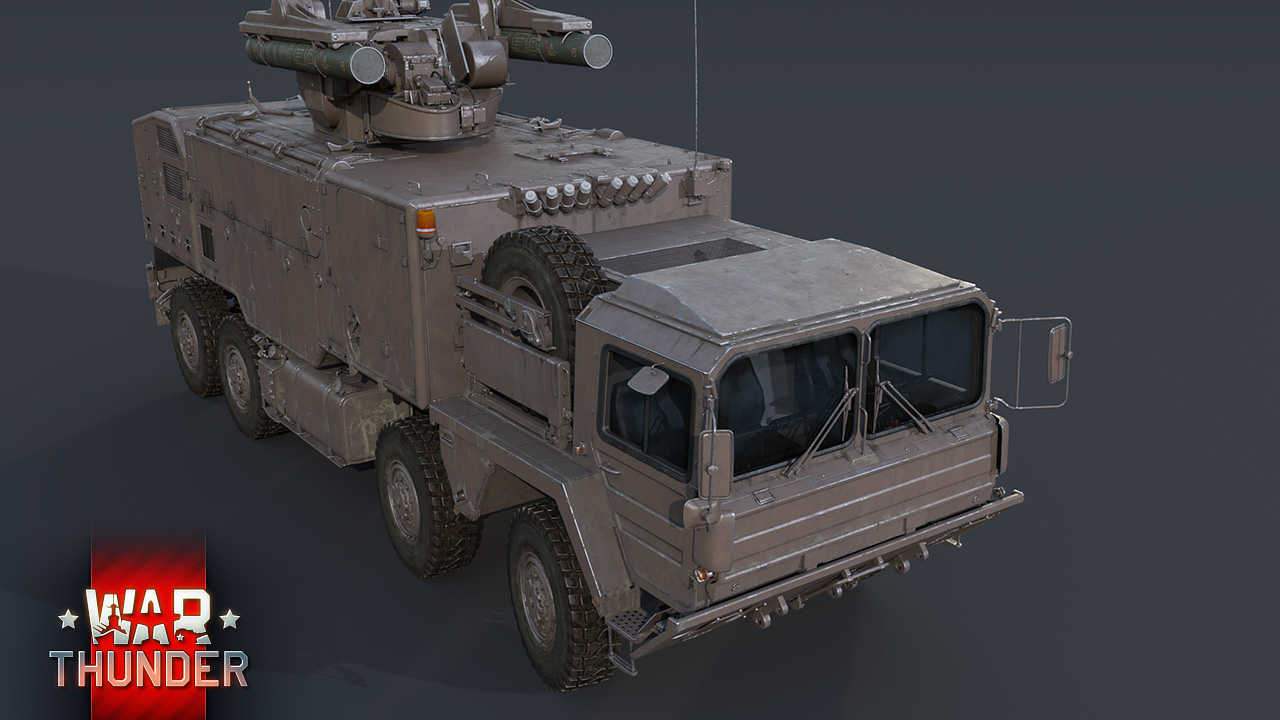 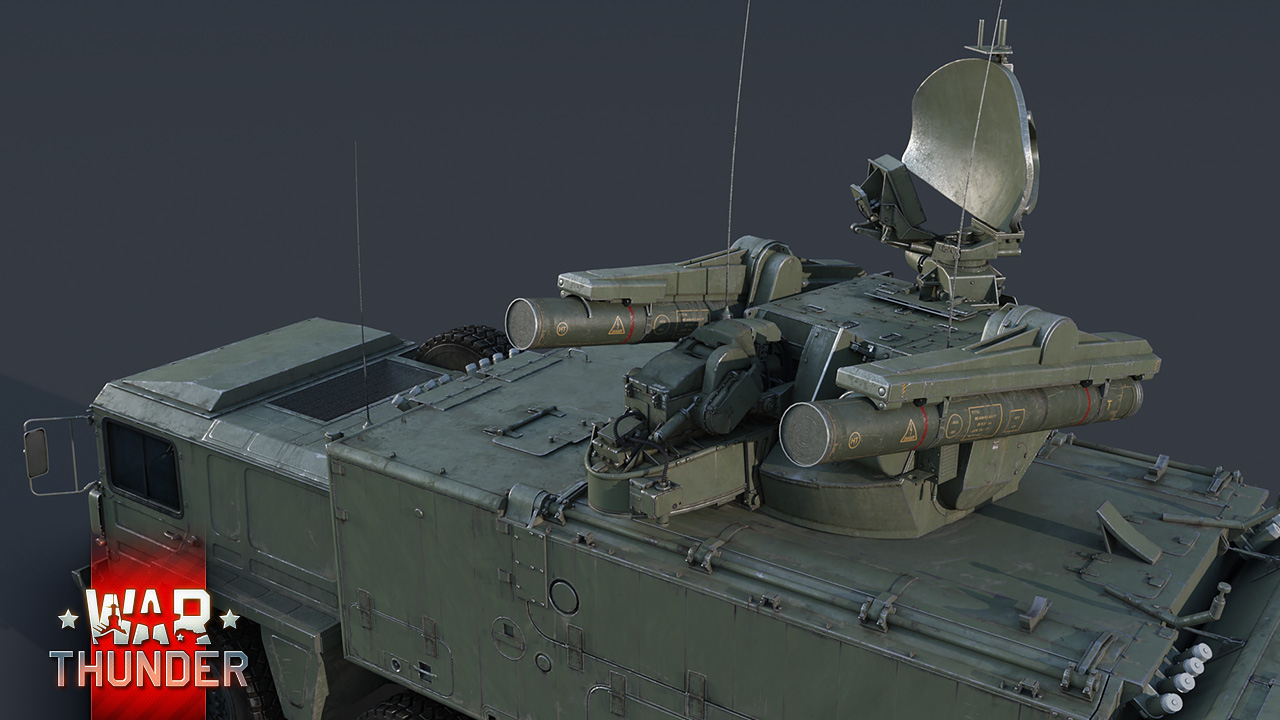 In War Thunder, the FlaRakRad SAM will be the new top-tier air defense vehicle of Germany, which will become available at rank VII with the release of the next major update. This is a very unusual machine with a chassis unique in our game and excellent guided missiles. The Roland 3 air defense system is unified to work not only with Roland missiles, but also with more advanced VT1 missiles, which will also be presented for the first time in the game on this vehicle.

The FlaRakRad base is an army wheeled MAN 8x8 truck. It has a radar control system and a twin launcher for guided missiles. As a result, the build itself has huge dimensions both in length and in height, while featuring no armor protection. Covering such a giant on the battlefield is quite a task. It's speed is not high, and in an open field, FlaRakRad is visible from afar and will become easy prey to the enemy.

However, when well covered, FlaRakRad provides almost perfect protection for the team from air targets - immediately after purchase, the vehicle has Roland 3 missiles, and after research is capable of mounting VT1 missiles in battle, that have a radius of up to 12 km, a speed of about Mach 3.5 and a high available overload. This air defense system has equal or greater chances in a confrontation with any air targets, including helicopters. By the way, unlike other self-propelled air defense systems, the FlaRakRad has a pretty good ammunition load - a total of 10 missiles, including those mounted on racks, but no other weapons are provided on the vehicle, though it does have smoke grenade launchers. As a great bonus - the vehicle is equipped with a thermal imaging camera and a laser rangefinder which makes targeting easier at long ranges and in any light conditions.

The eight-wheeled FlaRakRad is one of the more interesting vehicles in the next update! Follow our news, we have a lot to share!

Commenting is no longer available for this news
Rules
RandomFace
3

gudbai mr KA52... dude I am so hyped about this addition!

you are not alone mr Vader lol

Somehow I don't think this will be the new R3, but keep on trucking!

yeah it wont they said its mobility is not good

ok... Pantsir is just around the corner then? But tbh, this kind of vehicle to be played on a map like Karelia? that's funny...

Is there meme potential with this one? *racks brain furiously.