Lübeck is a Köln-class frigate, built in the 1960s and represents one of the first larger warships built by Germany after WWII. Highly mobile and armed to the teeth, Lübeck will be one of the prizes awaiting captains in the upcoming event, starting soon in War Thunder!

Lübeck was one of six Köln-class frigates constructed by the Blohm & Voss company and represented one of the first warships built for the German navy in the years following WWII. Lübeck and her sister ships were designed to counter enemy escort ships as well as submarines and were well-equipped to perform these tasks.

Lübeck was commissioned in June of 1963 as the fifth Köln-class frigate to enter service. The ship continued service until December 1988 after she was decommissioned and sold to Turkey for scrapping. 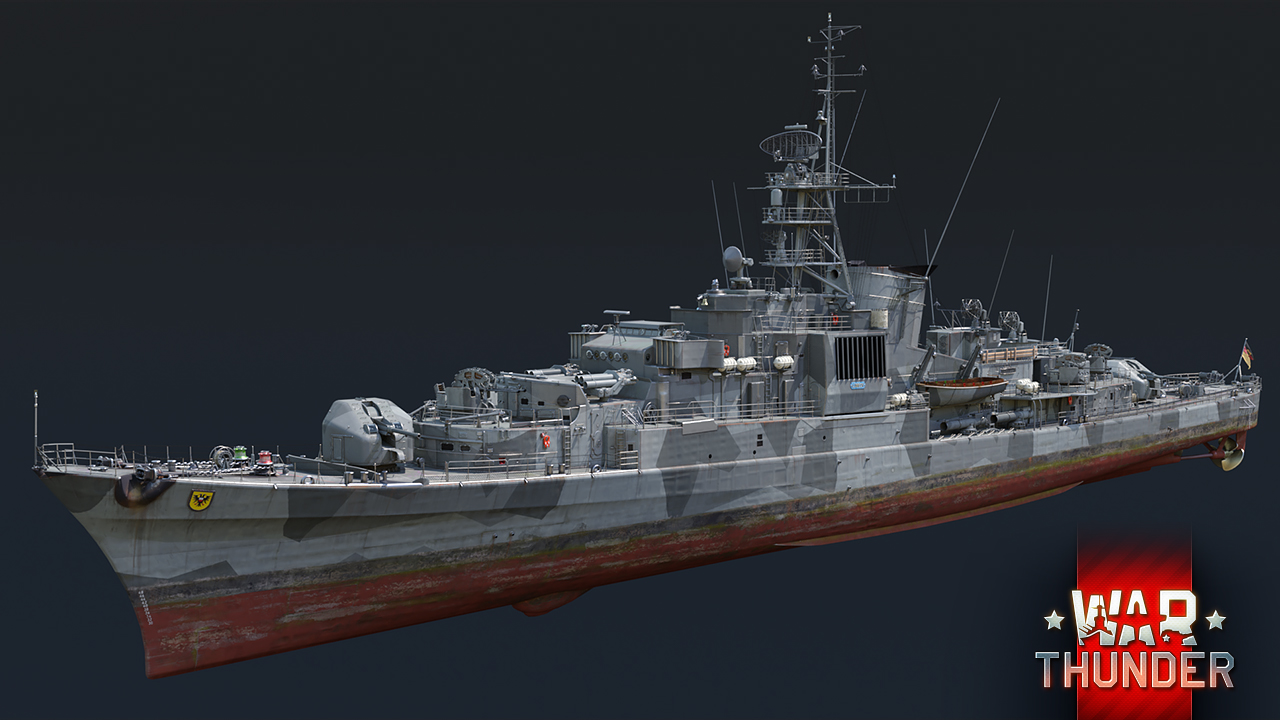 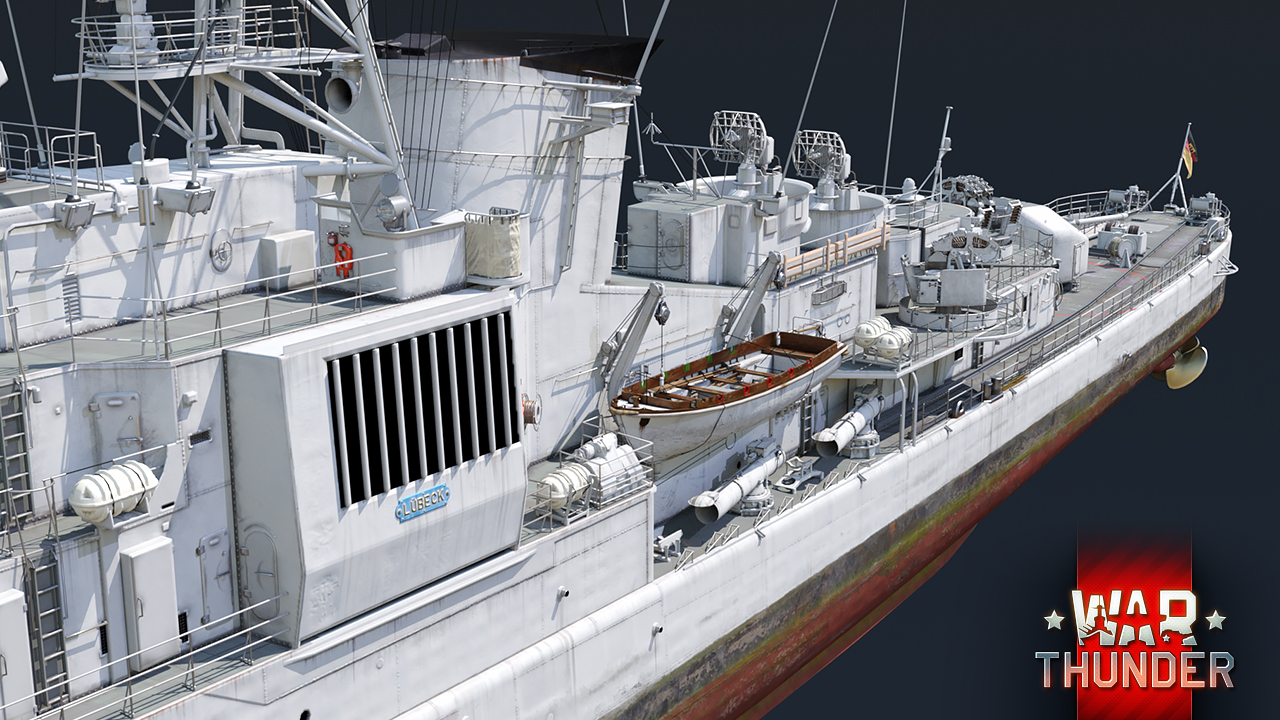 Lübeck will be one of the prizes awaiting War Thunder captains who take part in the upcoming crafting event “Strategist”, starting soon. Being the sistership to Köln, a rank II German frigate already familiar to some captains, Lübeck shares many of its characteristics to its existing counterpart. In particular, her good mobility and numerous guns remain a signature characteristic of this warship.

Unlike her counterpart however, Lübeck features four torpedo launchers instead of two. Despite launching torpedoes of a smaller calibre and with a much shorter range, their increased quantity and ability to be aimed at a target instead of being fired from a fixed launcher makes them more suitable for close-range engagements. Furthermore, Lübeck is also a premium vessel meaning that captains will earn more rewards for each action performed in combat - a useful perk for captains still climbing the ranks of the Germany naval tree!

All captains will have the chance to add Lübeck to their in-game fleet by taking part in the upcoming crafting event  “Strategist”, starting soon in War Thunder. Stay tuned and calm seas!

Commenting is no longer available for this news
Rules
vTuro24
19

Another event vehicle that's a copy/paste from a tech tree vehicle. How exciting. But maybe this one might be somewhat useable since you butchered the tech tree version with absolutely insane repair costs in a mode where the rewards are already low af. Anyway, naval EC when?

The new ship although it is a premium ship I don't think it can be used in many battles. the Koln F220 is a lion eater, with all the modifications purchased it takes about 20k lions in AB and about 40k lions in RB to repair it.:(

next event vehicle is merkava mk3?

Most likely. They've teased another tank for the event in a video showing its turret (which is consistent with a Merkava) and its tracks where side-skirts with a wave pattern have been shown, which are typical for a Merkava.

super_cacti, Why? those countries dont even have vehlices to fill tech tree and you want some of their tech to be rare event vehicle ?

Oh good, an event where the only reward vehicles are for the US, Germany and Russia. Hey Gaijin, When are Britain, France, Italy, Japan and Sweden gonna get some event vehicles?

I would love to see some french or british tech but rest of those countries dont even have vehlices to fill tech tree and you want some of their original tech to be rare event vehicle ?

Deagle_SVK, i can name you dozens and dozens of planes and ships just from the 1930s to 1945, as I already said the only place where italy lacks some vehicles is the tank tech tree, just because you dont know any of them it doesn't mean they don't exist.

Yay, another copy pasted boat. This ship is identical to the Koln F220 we have ingame, why should we want to build it if it's already in the game? The only thing we get for building this is a camo and a new name. If you want 2 Koln F220s in your lineup, go for it, or you can just buy a backup... I gotta say i'm disappointed but I'm happy naval is getting some kind of love, although i'd like to see more unique things in the future, instead of several of one class. There's no point in 2 of them.

There is one small change, this one had four rotatable torpedo tubes, while the Köln has two fixed onces. The Lübeck has four smaller calibre torpedoes but still I think they will be more usefull then the torpedoes the Köln has.

super_cacti, Yeah but how often do you really use your torpedoes on a boat that blows anything it faces out of the water either way? It's not that important to have 2 more torpedoes on a ship the size of a Destroyer in PT-Boat land.

Maybe it's because of the low population in naval. Building a whole new ship would require more resources and not enough people might spend money on it for it to be worth it for Gaijin. Meanwhile a copy/paste is basically zero effort.

vTuro24, Yeah, but it's also distancing naval by having every event that includes them just being something that's pretty much already in game. It's more of just signifying that it exists rather than properly including naval into the roster of game modes to play.