A deep modernization of the Soviet “veteran”, aimed at increasing the firepower for the combat vehicle. Meet the new squadron vehicle - the BMP-2M Berezhok with new ATGM’s, that can be launched two at a time.

In the early 2000’s, aside from the development of the new BMP-3, the Russian military had been looking into modernization of the widespread BMP-2 combat vehicles to face the challenges of the time. Amongst other projects proposed to the Russian Ministry of Defense under this program, an idea was raised to install the Berezhok combat complex on the BMP-2 chassis. Berezhok was a combat module created on the basis of the BMP-2 turret, but significantly increasing the overall fire potential of the vehicle. The main changes that Berezhok brought were the modern fire control system, the new highly capable Kornet ATGM, and the 30mm automatic grenade launcher on the top of the turret. The BMP-2M with the Berezhok module was produced for export to the Algerian army, and also purchased by the Russian Ministry of Internal Affairs. 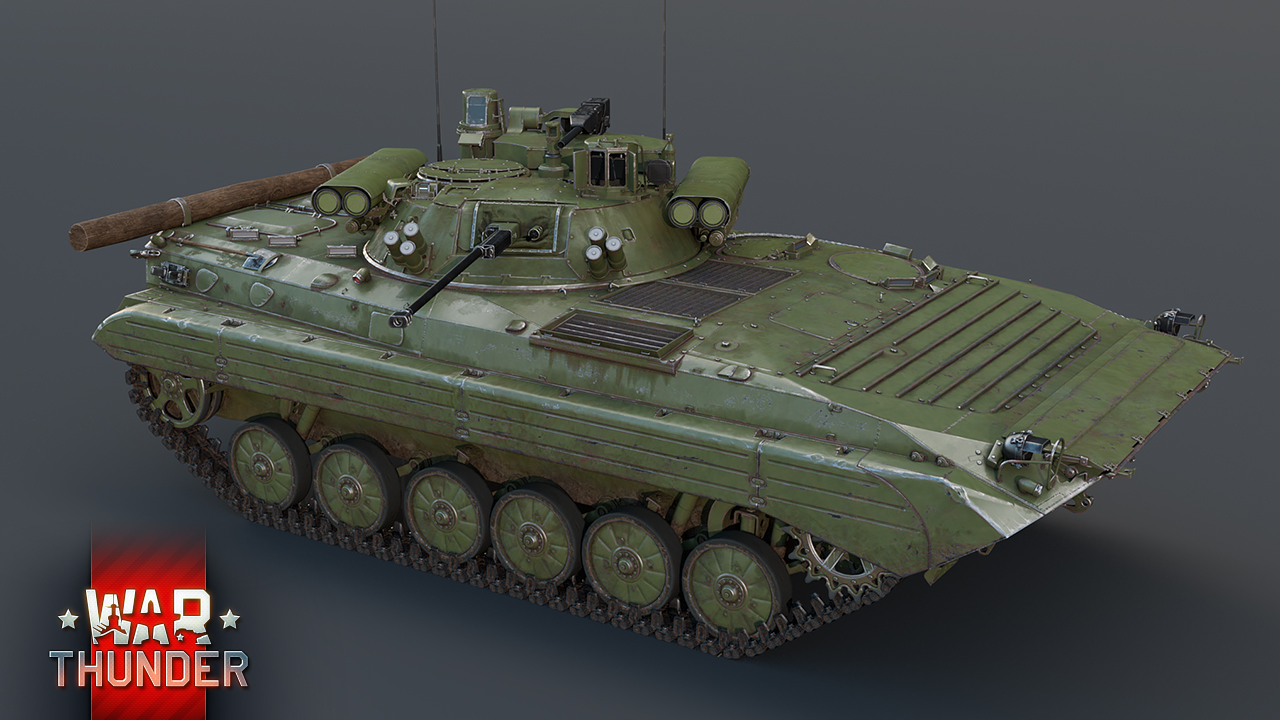 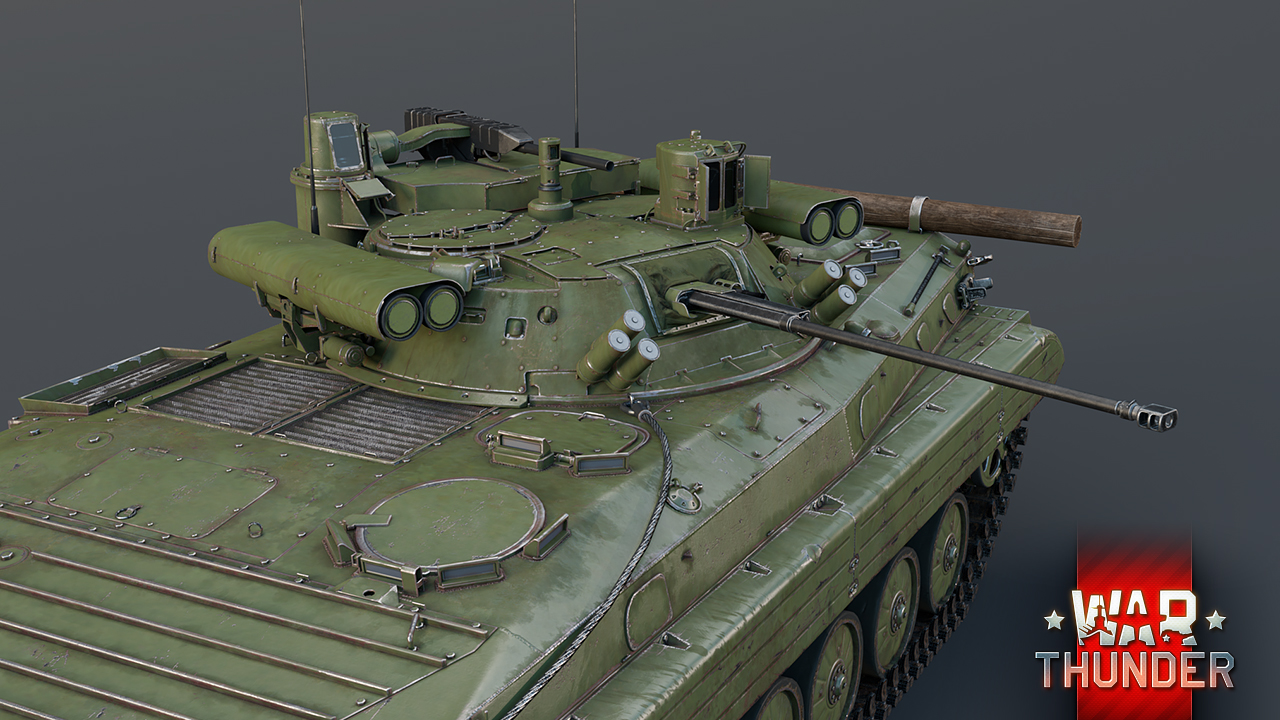 In War Thunder, the BMP-2M with the Berezhok complex will join the ranks of squadron vehicles. Despite the familiar silhouette, the new modification is noticeably different from the standard version. Excellent driving performance, the ability to swim, and, alas, armor that is close to nothing in top-tier battles, remains. But its fire potential has undergone big changes!

First of all, a new Kornet ATGM in four launchers on the sides of the turret, with a total inventory of 8 missiles. The Kornet  was developed specifically for the destruction of modern tanks equipped with ERA protection and has a tandem cumulative warhead. The missile is capable of penetrating up to 1200 mm of armor after overcoming explosive reactive armor! Secondly, the new fire control system allows the commander to launch two missiles using a single laser beam, in case of encountering the toughest opponents. In addition, a modern thermal imaging sight appeared on the BMP-2M, which is very useful in night battles and in conditions of poor visibility. The 30mm autocannon remains from the standard BMP-2, but this is still pretty good at tearing apart light vehicles and helicopters. An AG-30 automatic grenade launcher with HE grenades appeared on the roof of the turret. This comes in handy over short distances against unarmored or lightly armored targets.

The BMP-2M chassis remains unchanged - good mobility, ability to swim, tracks to overcome difficult soils and obstacles. As before, the vehicle remains exposed to any tank shells and even some automatic guns, no surprise here.

As a result, BMP-2M is much better equipped for anti-tank encounters than the standard version. The ATGM’s became noticeably more powerful and, importantly, there are more of them. The ability of a  double launch  of the guided missiles using a single beam will come in handy in top-tier battles against modern MBT’s. Like all other squadron vehicles, the BMP-2M can be researched for activity in random battles for squadron players, or purchased for Golden Eagles for everyone else.

The BMP-2M will become available in one of the upcoming server updates, stay tuned!

Commenting is no longer available for this news
Rules
Conte_Baracca
34

TaikapalloOnPC, and some people always find a way to complain against legit critical people.

i wait to see ur Video About it :D

this is awesome thank you.

Just to bad all the RP we have gotten since we got the last vehicle is gone :'( 6-7~ months of playing. And all the RP went to into the Nether :/

Now this is gonna be the best squadron vehicle to date

I was hoping for a squadron vehicle for a country that didn't have one yet, like Japan, China, France, Italy or Sweden... But this is neat still.