News
back to news
Development
20 February 2020

We’re launching a series of devblogs about Sweden’s ground vehicles, which will be entering closed testing in the nearest future. So, let’s kick things off with the Strv m/31 reserve tank.

Swedish tanks aren’t very well known even by many enthusiastic historians or fans of military vehicles. However, many of the design and technological solutions conceived by Swedish tank designers were unique and rather practical. Sweden’s armoured vehicles are truly fascinating, and the Swedish ground vehicle line in War Thunder will present to you some highly original tanks with one-of-a-kind features and gameplay finer points. We’ll start our overview of the Swedish tech tree by looking at the first tank starting the progress of all the Swedish ground vehicles. Meet the reserve Strv m/31 (from “Stridsvagn”, Swedish for “tank”), a 1935 light tank. According to some experts, this little tank came close to being the most high-tech tank of its time!

In 1930, the Swedish firm Landsverk developed two tank designs – one fully tracked and the other with a wheel/track arrangement – differing in their chassis construction and armour. In the autumn of 1931, the Swedish government ordered four experimental prototypes – one wheel-and-track and the other three fully tracked. The versatile tank could switch from tracks to wheels in an incredible 30 seconds flat and reach speeds of up to 80 km/h in such a configuration! However, the wheels were unable to bear the weight of substantial armour, so it was limited to 14 mm for this modification. The fully tracked version could cope with armour up to 24mm thick, which is pretty respectable for a pre-war vehicle. Moreover, the designers took a risk by choosing welded armour plating over the more common riveted design, this also had its advantages. Even more interesting is that they set the angle of the frontal armour plate in order to increase the chance of enemy shells ricocheting. Put into service under the designation Strv m/31, the new tank was given the Maybach petrol engine, which was able to provide a power-to-weight ratio of approximately 17-18 horsepower per ton. The tank’s armament comprised a 37mm cannon with 122 rounds. All of the prototypes were put into service, though they required certain improvements. The vehicles’ weak point was their unreliable and difficult-to-maintain suspension, as well as the tanks’ overreliance on foreign-made components. The tanks were used as training vehicles. 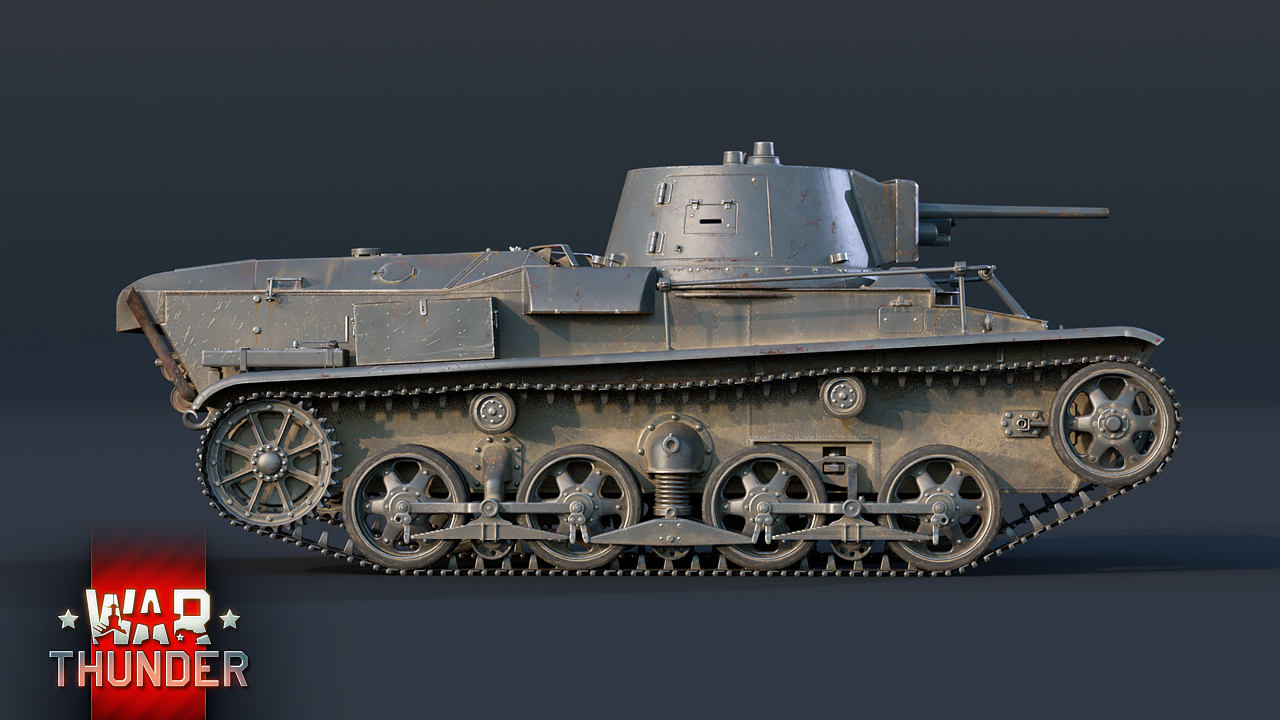 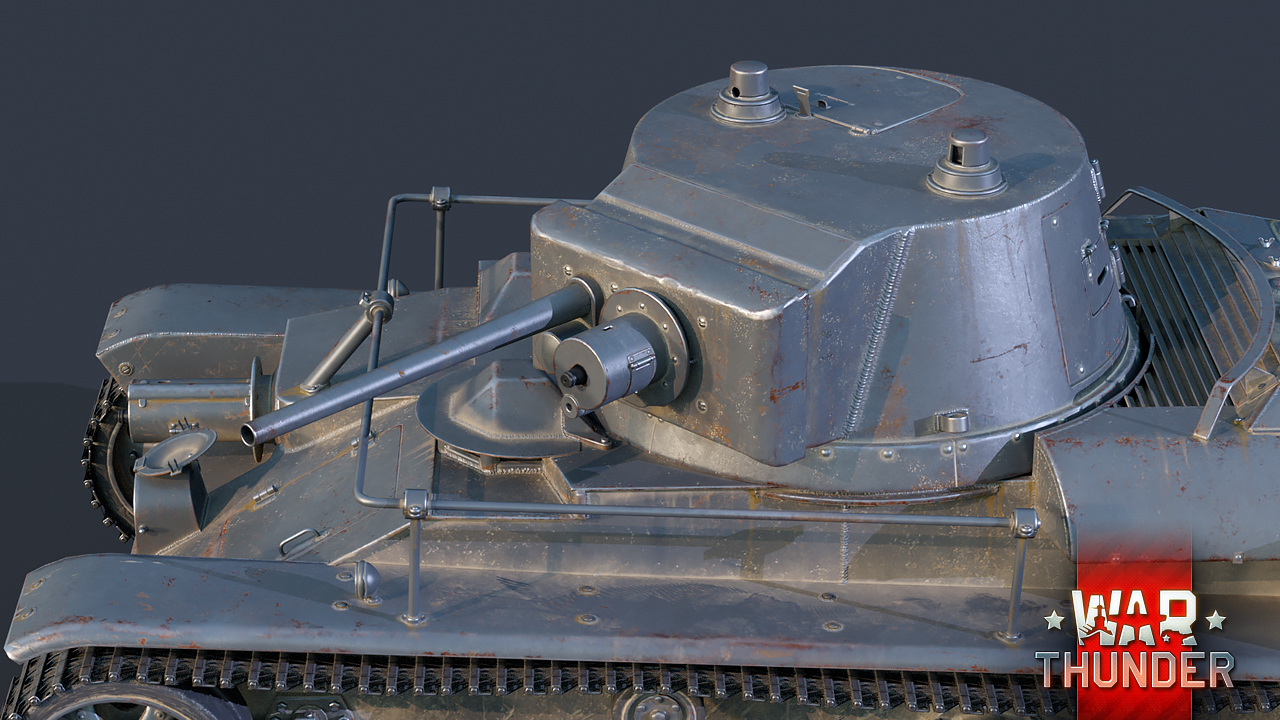 In the game, the Strv m/31 will be the reserve tank in the Swedish armoured vehicle research branch. This truly is a tank built for the “sandbox”, which clearly surpasses many other reserves in its defences while still possessing comparatively high speed and firepower. The tank is excellently armoured at the front and sides, has a crew of four, and boasts cracking acceleration dynamics.

The 37mm cannon ammunition includes two types of armour-piercing shells with a ballistic cap, and the amount of ammo at maximum loads is simply huge. For new players, the tank will be a highly convenient way to explore War Thunder’s locations and get to grips with battle basics. The Strv m/31 will help the players who are starting to research the Swedish line and who already have a hangar full of other nations’ top-tier vehicles to quickly upgrade all the rank I vehicles and progress to the next rank.

Coming up, we’ve got new armoured vehicles from the new game nation in War Thunder. Keep an eye on our news to be the first to learn about them!

Commenting is no longer available for this news
Rules
Burit0
63

Finally a Dovbleg. The madness of waiting is over

Ouiche, he's Speaking the Language of the Gods

Dovbleg, that has to be my new favorite word.

WHERE IS MY MIRAGE

If you can afford to buy yourself a Mirage, but don't know where you last left it, then I'm of the firm opinion that you're not responsible enough to own a multi million € jet fighter.

CokeSpray, why don't you just answer the question instead? why is the mirage three patches late?

The devblog season just started and people are already begging

Sverige_i_Tiden, yeah because the mirage should have been in game since 1.91

Hopefully smaller trees get the love they need this patch

Pretty sure Sweden is the smallest tree in the game

Sweden has a small tree and yes it is getting a lot of love this patch :)

Smin1080p, Well, will there be any other nordic nation have their vehicles in the Swedish tech tree?

It's so cute :) Glad the Devblog season has started :)

KingOfGoblins, It's all fun and games until one wakes up right behind you... >:)

For the crown! For the Swedish empire!

Hilding2004, I want the ship version as BR 5.7 heavy cruiser

time for some välfärd

Nice. The devblog season has begun

I was curious on what this is...so i went to wikipedia...was not positevely surprised :( "Only three were built and, despite being highly advanced for the time when World War II broke out, they were dug in as static bunkers"