News
back to news
Development
22 January 2020

The first American destroyer leader, the Phelps, with her enhanced anti-air armament will be a reward for participants in World War. 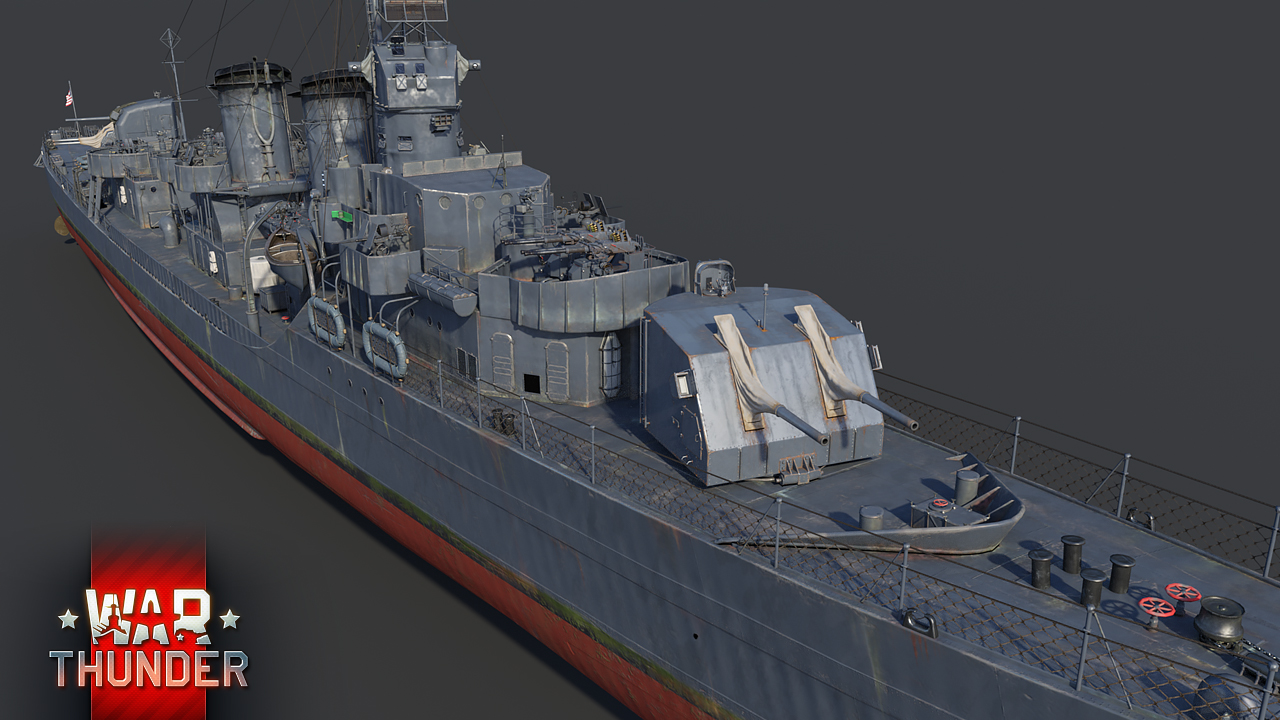 In the 1920’s, the USA acquired a pressing need to equip its fleet with so-called destroyer leaders, i.e. larger and better armed flagships for destroyer flotillas. At the time when the military was trying to convince the US government of the need for these vessels, and the government was arguing that the country already had sufficient numbers of standard destroyers, the London Naval Conference was held to discuss naval disarmament. The conference established an upper displacement limit of 1,850 tonnes for destroyer leaders, which prompted the development of a new ship that would conform to this new international military standard. A preliminary design for the new command ship was ready by November 1930. After almost 18 months of consultations and negotiations, the final design was approved. With a displacement of 1,850 tonnes, the ship carried eight 127mm guns, two quadruple 28mm guns (“Chicago pianos”), 2x4 torpedo launchers and light half-inch armour. All eight of the planned Porter-class destroyers were built and brought into service by 1937.

The realities of war revealed several defects in the new leaders, the most significant one was their extremely weak anti-air defence. The ship’s 127mm guns were not universal, and the power of the two “Chicago pianos” was woefully inadequate for defending the ship against aircraft attacks. The Porter-class ships underwent two major modernizations intended to enhance the leaders’ firepower. By 1944, the ships were markedly different. First of all, the outdated primary guns were replaced with all-purpose weapons, and their number was reduced to five in three turrets. The ship gained a formidable anti-air battery – one quadruple and two twinned 40mm Bofors guns, six 20mm Oerlikons, and high-calibre machine guns. Looking beyond armament, the ship’s decks were also transformed: the bridge was changed, the height of the rear superstructure was reduced, and reserve torpedoes were removed. Porter-class ships served in this form until they were decommissioned in the early post-war period.

We’re pleased to present one of these typical Porter-class ships – the Phelps. This destroyer leader will be given as a reward to participants in the new session of World War. The Phelps certainly looks surprisingly harmonious and complete among the rank III destroyers and shows no obvious shortcomings. The primary armament comprises five 127mm guns - one of the best guns of this calibre in the game at the moment.

The torpedo and anti-submarine armament is also good, with 533mm torpedoes, depth charges, and a depth charge launcher. The Phelps boasts a respectable speed and has light armour like other destroyers: in short, the ship is good or even excellent when compared to her peers. Its anti-air armament deserves special mention.

The Phelps keeps the skies overhead clear with a veritable orchestra of barrels in various calibres: 40mm Bofors autocannons, 20mm guns, and high-calibre machine guns are well placed on the deck and superstructures in order to meet targets coming from any direction with heavy anti-air fire.

The Phelps is a destroyer leader that is a pleasure to control. She is also well-armed and adequately defended from air attacks. This ship promises hours of fun gameplay with no distracting technical limitations for commanders to remember. One of the top in her class, the Phelps is a great prize for World War fans.

Commenting is no longer available for this news
Rules
Pytor_
40

*new vehicle* Hey that looks pretty neat, I'll research for that :) *For WWM only* What a shame, pass.

You just have to play WWM, so is it really that much of a hastle to play some WWM if you can grind for a J6,Merkava Mk.2B and/or Flottentorpedoboot 1924?

YoshiEgg95, Well I barely got to see the first season since it pretty much ran only when I was at work...

There are 7 US Destroyers in the main tree for you to research. This one is a nice reward for WW mode players :)

Smin1080p, We want to play WW too, but that Arcade style gameplay is just... Well, hard to be polite. But it's too annoying to play. It's counter intuitive to play that mode.

so gajin chosen fail once again... this is exactly one of the mayor part that killed the whole first season, turning the whole game mode into a trashy tournament, no one cared about the battle objectives nor who going to win it, everybody just farmed the ai enemies to gain higher ratings in the player list. facepalm...

That is why many people, including me, aren't going to bother.

Glad this ship is yawn worthy. I won't feel any pain at all to avoid the terrible WWM.

So how will we be able to get this? By doing tasks? Or will this WWM be a crappy leaderboard style event. Like WWM s1? Where only x numbers of players can get it?

Instead of ships, add something to shoot down the ka-50 something like the apache that is in the game files

Some of us enjoy naval gameplay, let us have this.

for world war mode ? get out of here

"will be given as a reward to participants in the new session of World War" Ok, but what are the standards? Play one mission? Win a mission? Win the hole campaine? We need guidance.

It has been asked but not answered: what exactly do you have to do to get it. Just participate???

The real question is will i have to sacrifice my soul to get it?

Gaijilla demands everyone soul so answer is yes!

OrsonES, Not really funny dude, wouldn't mind doing tasks but this is going to be a another leader board isn't it?

Will we see a couple of new squadron vehicles this update as well? Been waiting for some time already

Both are trash modes lol

show me the tank not the ship

Calm down, you'll have your tank in due time.