We recently added some unique vehicles to the game which players can receive for active participation in random battles (in addition to being available for purchase with Golden Eagles).

The new modification of the legendary ‘Schwalbe’ Me 262A-1a/U1 comes to War Thunder as a reward for squadron players in one of the following updates!

The Me 262A-1a / U1 is a modification of the world's first mass produced jet fighter, the German Me 262 ‘Schwalbe’. The armament of the A-1 sub-serie, being four 30mm MK.108 auto cannons, had a number of drawbacks, such as cycle failures and complex heavy shell ballistics. For these reasons, engineers experimented with different variations as to the weaponry, including a reinforced cannon battery. As such, the Me.262A-1a/U1 modification was created as part of this program. German engineers managed to fit 6 autocannons in the nose: 2x20mm MG.151/20, 2x30mm stock version MK.108, and 2x30mm MK.103 guns. For the latter, they developed shells with a higher initial speed, and the guns themselves had a longer barrel length than the MK.108, as well as an effective muzzle brake - all to improve the ballistics of the heavy shells.  They built a prototype (according to other sources, there were three units), but the project was not entered into mass production. However, one example was flown by one of the most effective jet aces of World War II, Heinz Bär, who flew it at the end of April 1945, and with it, even shot down several Thunderbolts in the skies over Germany. 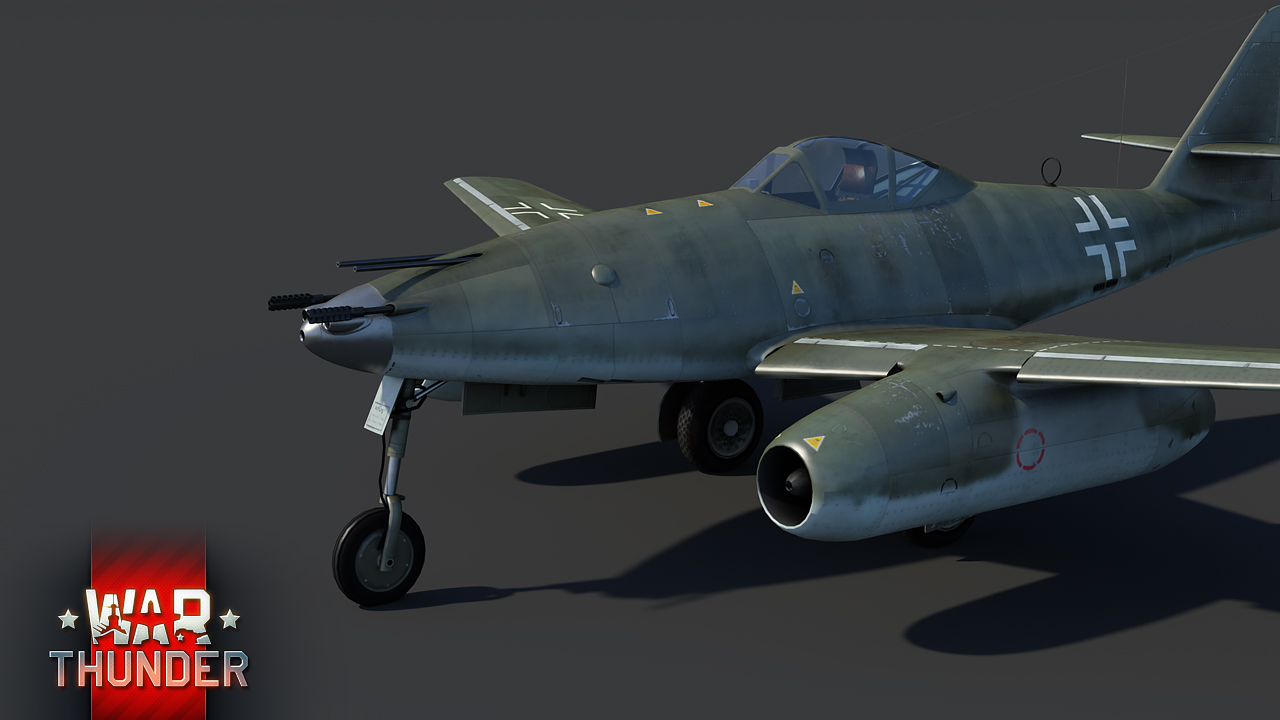 In War Thunder, the Me 262A-1a/U1 will be a reward for active game participation by squadron players. Experienced pilots are well acquainted with the classic “Schwalbe” and this new modification of the aircraft doesn’t have any other noticeable differences from other Me 262s. When flying this aircraft, you’d better have a high amount of energy up your sleeve, avoid dogfights (especially with piston-engined fighters), and of course, remember that your opponents can be faster than you. However, as there aren’t likely to be many other jet engine aircraft, and given its relatively low battle rating, the Me 262A-1a/U1 can easily become a master of the skies. 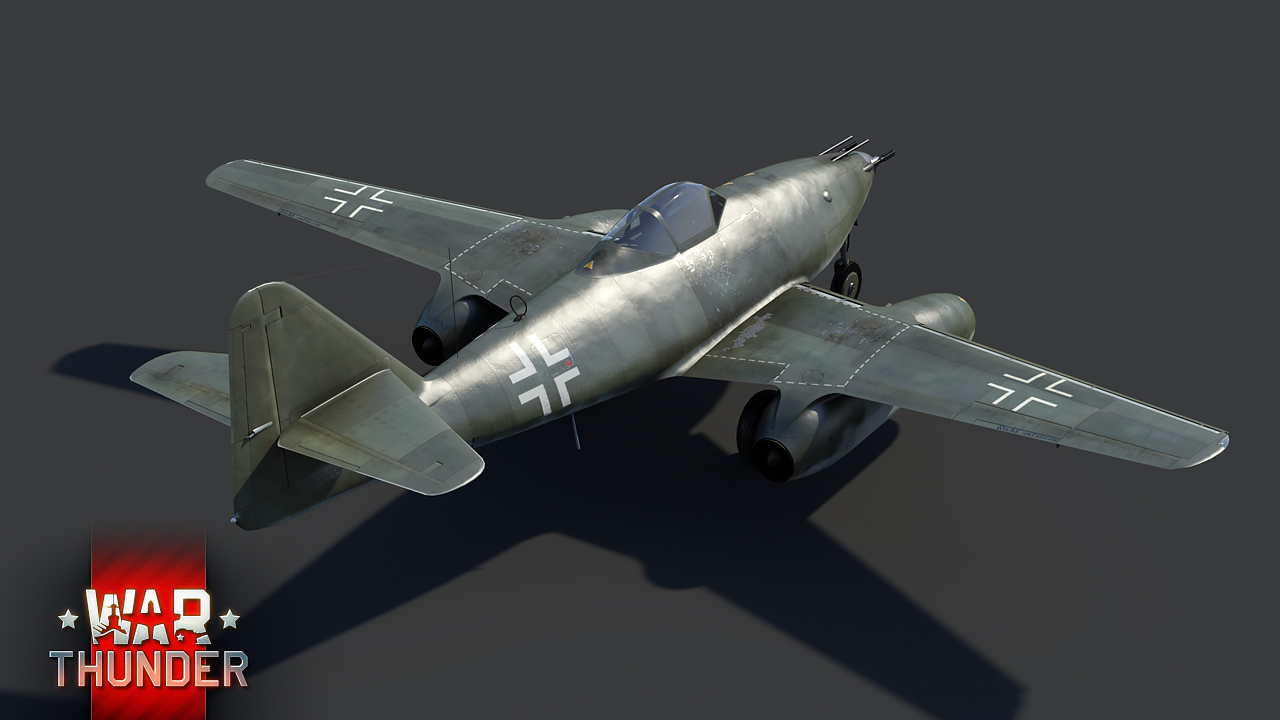 As many as three types of guns allow players a choice of three different ammo racks. This might be considered the most interesting feature of the Me 262A-1a/U1 - at the same time, you can equip the guns with, say, excellent 30mm armour-piercing rounds for the MK.103, and powerful HE shells for the MK.108 and MG.151/20. So, when engaging in battles at high altitudes, you can easily catch out a couple of clumsy bombers, and with a sharp dive, take a bite out of some ground targets as well - there are many possibilities!

Commenting is no longer available for this news
Rules
Wolf_89
30

Did not expect this :D

A lot of enemy pilots will say this when you will shot them down with this bad boi ;)

Just so we are clear... the old squadron vehicles wont be removed right?

Stona_WT, even if we haven't gotten them researched yet. i know you guys you lie a lot so be truthfull

Something I've been waiting a while for!

Can you tell us what is the BR of the vehicle, especially since it is mentioned as a pro for this "Low BR".

In before 4.7 We've all seen what happened with the P59A

Gryffyd_2033, The P59 was the exception. It doesn't have the top end to perform with other jets at 7.0, and yet is almost too fast for the tier it's at. Given a decent pilot opposes the P59 it can be dealt with. It'll be no easy task, but it is achievable.

in my mind this is just an upgraded variant of my DO 335-B2 but without the ability to carry bombs.

Wait, doesn't that make it a downgrade?

Skelezig, 1 more 30mm cannon and with it probably going to be faster than the DO 335 B-2 i cant wait to get my hands on this and shred some bombers.

how do you know it doesnt get to carry bombs? doesnt armament refer to no extra guns? normally I call bombs ordinance.

But I still got about 2 years to go to un lock that other thing 'the firechest"? can we research both at the same time?..and what advantage does being in a Squad actually do? compared to normal researching a plane?

You need to be in squadron to get points to research it. If you are lone player without a squadron, you can only buy it for GE.

Stona_WT, Yes Im aware of that BUT...my question was " what advantage does being in a Squad actually do?

you can research the tech tree vehicle and the squadron one at the same time, I just ignore the squadron vehicle once I selected it for research, I'm getting around 12-15k "Squadron RP" with my squadron barely hitting the 40% mark, it's 20k activity limit for the whole squadron, 360 per player. With 55 players doing their full 360 per 3 days you can hit 20k, squadrons larger than 56 members are just overdoing it. We are like 20 people active from a squadron of like ~100 and I still get my share