The American Virginia-class multipurpose nuclear submarines are some of the most advanced underwater nuclear-weapon platforms in the world and in the new game Silent Thunder.

After the end of the Cold War, the objectives for the US underwater fleet were no longer the same. The next-gen sub was expected to carry out a wider range of tasks at a lower project cost. In order to replace the Seawolf-class nuclear missile platforms of the Cold War era, the American engineers began working on a new, multipurpose nuclear submarine with a modular build – this way the vessel would be easier to modernize and refit with a different set of weapons and other equipment. In 2004, the lead boat of the SSN-774 Virginia project was introduced to the United States Naval fleet. This submarine has a number of features that set her apart from her predecessors: a reduced displacement, a new “onetime” nuclear reactor that doesn’t require recharging or maintenance throughout the sub’s entire service life, a brand new sonar system, and a lighter yet more versatile weapon. The special covering on the boat’s skin, advanced propulsion system and enhanced engine, as well as isolated deck structures make the Virginia incredibly stealthy. Interestingly, the boat can be fit with a manned underwater vehicle that can be used for landing operations and sabotage – up to 9 members of the special forces can board the Virginia according to her staff roster. 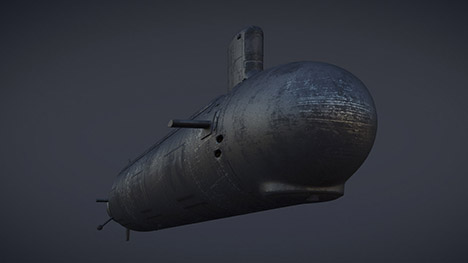 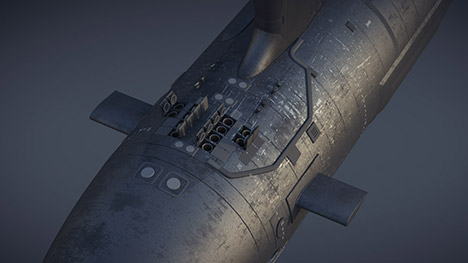 The internal modular layout of the Virginia’s allows for different armament sets and launch systems. For the open beta testing of our new project Silent Thunder underwater fleet, we are introducing the early-series Virginia-class nuclear subs with a missile armament stored in launch tubes. This follows the tradition of similar-class vessels. Starting from the third series, the American engineers replaced the launch tubes with a rotary launch system carrying 12 cruise missiles. The Virginia’s missile armament consists of the Tomahawk tactical cruise missiles stored in 12 launch tubes located in the sub’s bow in front of the bulkhead. These missiles are equipped with nuclear warheads that possess an explosive force of up to 200 kilotons. The Virginia can engage surface and submerged targets with her guided Mk-48 homing torpedoes that are launched from her four torpedo tubes. The torpedoes are capable of reaching a speed of up to 55 knots, which allows the boat to take on the majority of warships and combat submarines.

Commanders will be able to try out this beautiful and deadly submarine right from the start of the first testing of underwater battles in the new game Silent Thunder. Set your course for the open beta test, and full speed ahead!

Commenting is no longer available for this news
Rules
Alaska_Donuts
7

You know it's a good prank when you don't know if it's real or not.

Why will be the Silent Thunder a new game? (or it is a april joke)

will japan get a submarine to compete with the other ones