The Mitsubishi Ki-109, nicknamed “Peggy” by allied forces, was a Japanese late war design intended to defend the home islands from high altitude bombing raids, conducted by the USAF. Although its operational service was short-lived, the Ki-109 will receive a second chance at proving what it’s capable of in the upcoming 1.71 update.

In 1943, the decision was made to develop a new heavy fighter/interceptor based on the existing Ki-67 bomber. The new design was part of Japanese efforts to counter strategic high-altitude bombing conducted by heavy US bombers, such as the B-29 Superfortress, on the Japanese home islands. To achieve this, Mitsubishi engineers proposed the installation of the 75mm Type 88 anti-aircraft cannon inside the aircraft’s nose. The project, designated as Ki-109, was approved in early 1944 and the first two prototypes were already completed in late summer of the same year.

However, as initial testing showed that the aircraft was lacking speed due it’s high mass, measures were taken to remove unnecessary equipment in order to save on weight. During this process, the Ki-109 lost most of its defensive turrets and only retained the one located in the tail section. Another attempt to improve the aircraft’s speed was the intended  installation of the new, more powerful Ha-104ru engines in the following production batch, however this idea was quickly dropped due to the engine having reliability issues, thus production continued with the standard Ha-104 engines.

In March of 1945, 22 Ki-109s were delivered to the 107th Sentai unit, which was tasked with protecting the strategically important cities of Tokyo and Yokohama from air raids. In July, only a few months before the War came to a close, the 107th Sentai was formally disbanded, leaving behind some Ki-109s to be tested for effectiveness against ships, this also marking the end of the aircraft’s operational service.

Although historically the Ki-109 only saw limited use at the end of the War where it was defending the Japanese home islands, in War Thunder, our battle-hardened veterans will also have the chance to take the fight to the enemy and truly show what the Peggy is capable of! Being relatively fast and nimble for it’s size, while possessing a monstrous 75mm anti-air cannon, makes the Ki-109 present itself as not only a serious threat to enemy bombers, but also to unsuspecting fighters.

Contrary to his older brother, the Ki-109 is unable to carry any additional secondary weaponry as the bomb pylons, along with most of the defensive turrets, had to be removed in order to save on weight, allowing for the installation of the the Type 88 75mm cannon. The cannon makes short work of just about anything that crosses its line of fire, from heavy bombers to heavy tanks.

While the HE shells prove to be absolutely devastating against aircraft and lightly armored vehicles, where one hit is usually more than enough to send the opponent back to the hangar, the AP rounds have enough penetrating power to slice through the armor of even the more thick-skinned enemy tanks that the Ki-109 will meet in battle. This, combined with the favorable flight performance and stability when firing, make the Ki-109 a very potent and fearsome opponent to meet in an aerial engagement.

However, aspiring pilots of the Ki-109 need to take into account that their only frontal armament, the 75mm cannon, has a very limited ammo capacity of only 15 rounds. Efficiency is the name of the game here, meaning that the pilots of this machine will have to chose their engagements carefully and only fire when a hit is guaranteed, otherwise they run the risk of running dry on ammo without doing any damage.

The Ki-109 will join the ranks of the Japanese heavy fighter line in the intermediate ranks in the upcoming update 1.71. Although the history of this aircraft may not have been as significant as of others, the mark that the 75mm cannon will leave on your opponent's vehicle is sure to be everything but insignificant.

Tor-M1 and new options for SAM based SPAAGs 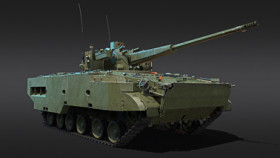 2S38 - Fast and Angry
Share the news with your friends!

Commenting is no longer available for this news
Rules
ShimakazeChan
59

**Cries In Honorabru Tears** - Thank You Gaijin Gods, Thank You.

May the wind, that put waves into motion, dry your tears, young warrior. **flies away in honorabru way**

Stona_WT, I Will Make My Emperor Proud, Serve IJN And The Empire Of The Rising Sun, And Crush My Enemies With My New Toy.

The emperor is pleased, When is the O-I coming out.

It will come out if you could travel back in time and actually build it.

killer9751, Funny - two O-I were completed, to historical records. One with a turret, and one without - one was even sent to Manchuria for trials. Stop embarrassing yourself.

Finally a decent ground attacker for the Japs, hope this is just the beginning..

I_love_nightcore, Type 88 cannon definitely got AP, as it was used against Shermans to good effect during battle of Iwo Jima.

you did not find anything less useless?

How is it going to be useless? The 75mm is getting AP to be used in tank RB

EpicBlitzkrieg87, after those 15 shots spent on fighters outturning you ... we'll se. If there were actual combat operations . i.e missions in game, then would be usefull, but in random battles warthunder, only thing that is good is the most versatile planes, tTHIS right here is as far from good overall and versatile as you get

They're preparing for the rocket nerf, after the update CAS will be all Bombs and big guns.