From 6th of May use the promo code KATYUSHA and activate it on the website
↓
When you enter the game you will receive Katyusha’s fellow warrior - the BM-8-24 rocket tank for an hour
and a special title "Incinerator"
↓
During this time destroy 5 enemies (only players controlled vehicles) in one battle in event, whilst driving the BM-8-24.
↓

A terrifying howl, the smoke trails of dozens of rockets and an ocean of fire in which enemy troops and fortifications drown. This became one of the most vivid symbols of WW2. German troops nicknamed the BM-13 rocket launcher “Stalin’s organ”, while the Red Army affectionately named it Katyusha. In honour of the 72nd anniversary of victory in the WW2, we are proud to present the legendary Katyusha in War Thunder!

From the first large battles of WW2, the experience of using rocket artillery showed that the BM-13 Katyusha vehicles were highly effective in destroying enemy ground troops and vehicles. The high shell spread rate was compensated for by each launcher’s high rate of fire and the practice of using Katyushas only in an artillery battery, provided a high density of fire over a large area. In addition, the characteristic howl as the shells launched during massed fire, along with the explosions and destruction that the BM-13 launchers dished out, had a significant psychological effect on enemy soldiers. In short, the Katyusha was a magnificent weapon and its battle career took it all the way from the summer of 1941 to Berlin itself.

Throughout its service, engineers tried to improve the rocket launcher’s design, increase its accuracy and volley power, and adapt the Katyusha design for use on various platforms. Thus appeared torpedo boats with Katyusha launchers (for example, Project 1124), the launchers were even mounted on tanks (the BM-8-24 familiar to our players). Experiments were also done on a classic Katyusha on a truck chassis. This is because a factory evacuation in 1941 put a stop to the manufacture of the ZIS-6 trucks for which the multiple rocket launcher system was designed. At the same time, as part of the lend-lease program, the USSR began to mobilize the fairly reasonable American Studebaker US6 trucks. It was these very trucks that were chosen as bases for the rocket launchers, for which the design of the platform and the launcher system itself required specific changes. The vehicle received the designation BM-13N. In total, over 1,800 Katyushas were built on the Studebaker chassis. It was in this form that the Katyusha was produced until the end of the war. This Soviet rocket launcher on an American chassis took part in all offensive operations from 1943 to 1945. It’s a true weapon of victory!

In our game, the BM-13N Katyusha is a collectible vehicle at rank II in the Soviet ground vehicle tech tree. Because it was possible to hit targets at distances of several hundred meters even with a fully lowered frame with launchers for 16 rockets, the player must fight at very long ranges. In addition, the vehicle has its specifics – only two crew members fit into the Studebaker cabin. So the correct tactic whilst driving a Katyusha is to engage the enemy from a long range using cover - the powerful rockets will do the rest. All the remaining rocket loading is done from outside the vehicle. In short, playing on the Katyusha in War Thunder battles isn’t easy, but this wonderful machine will be a true jewel in the hangar of any collector! 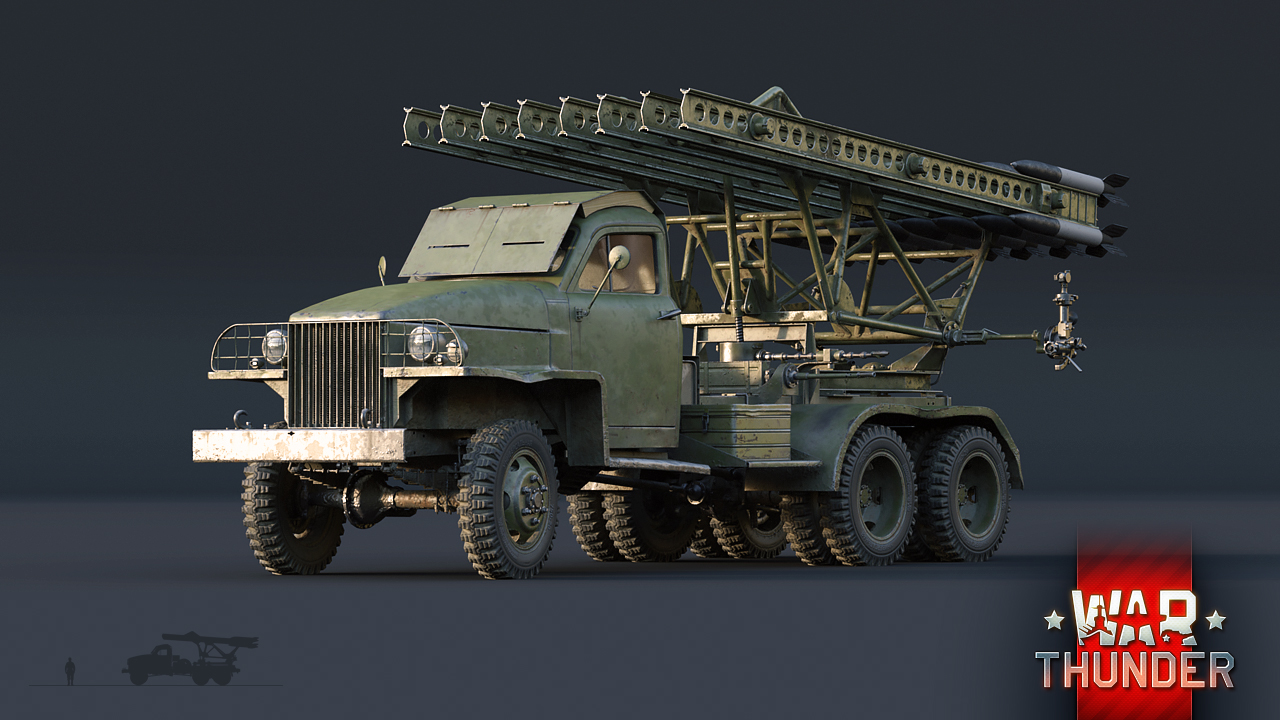 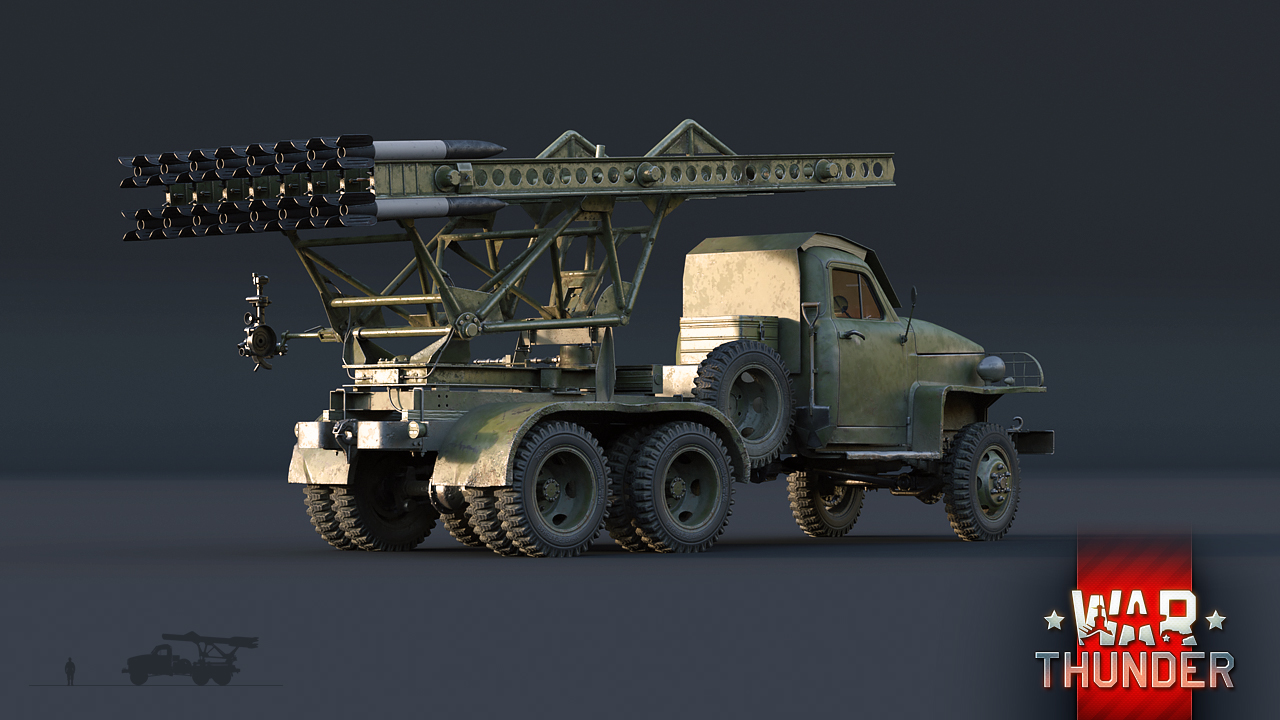 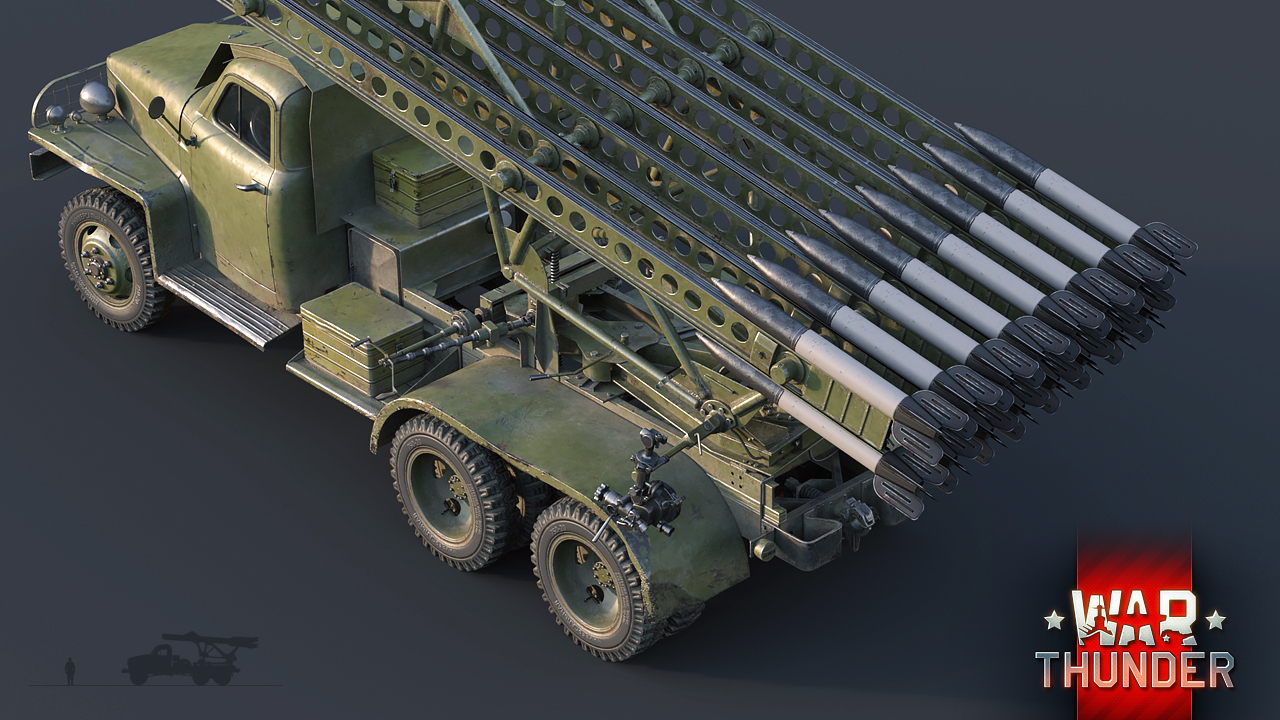 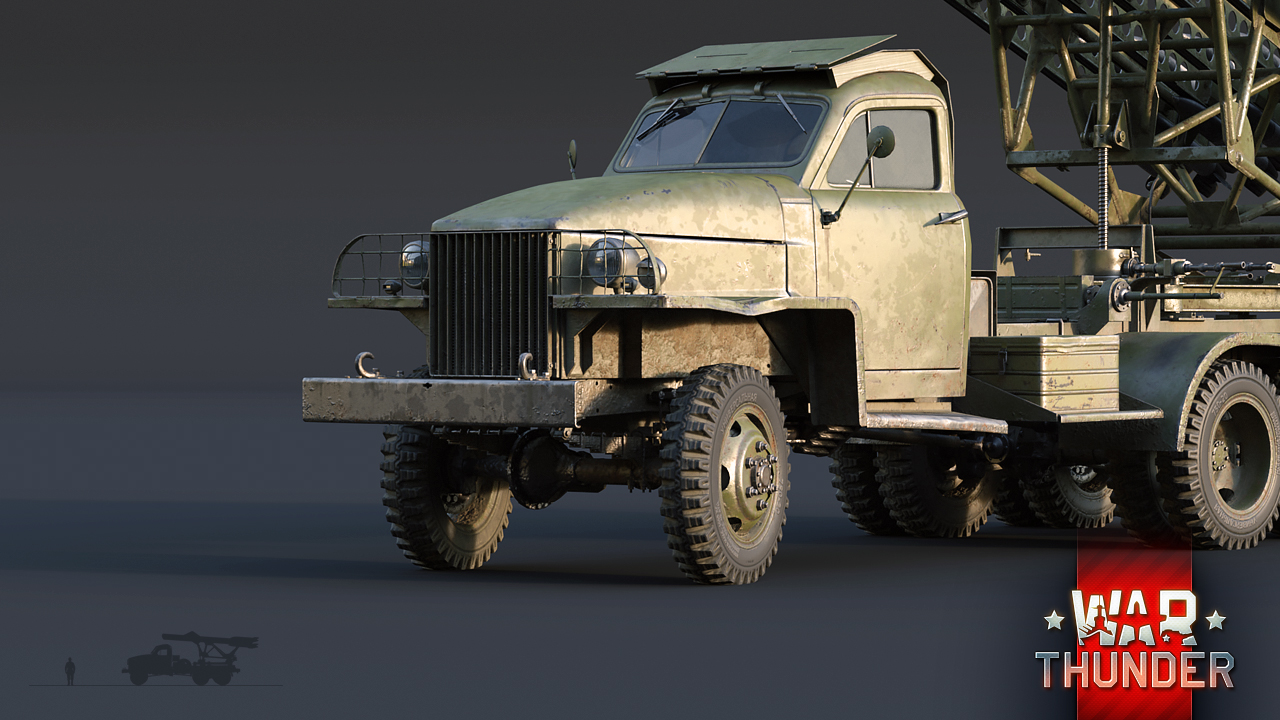 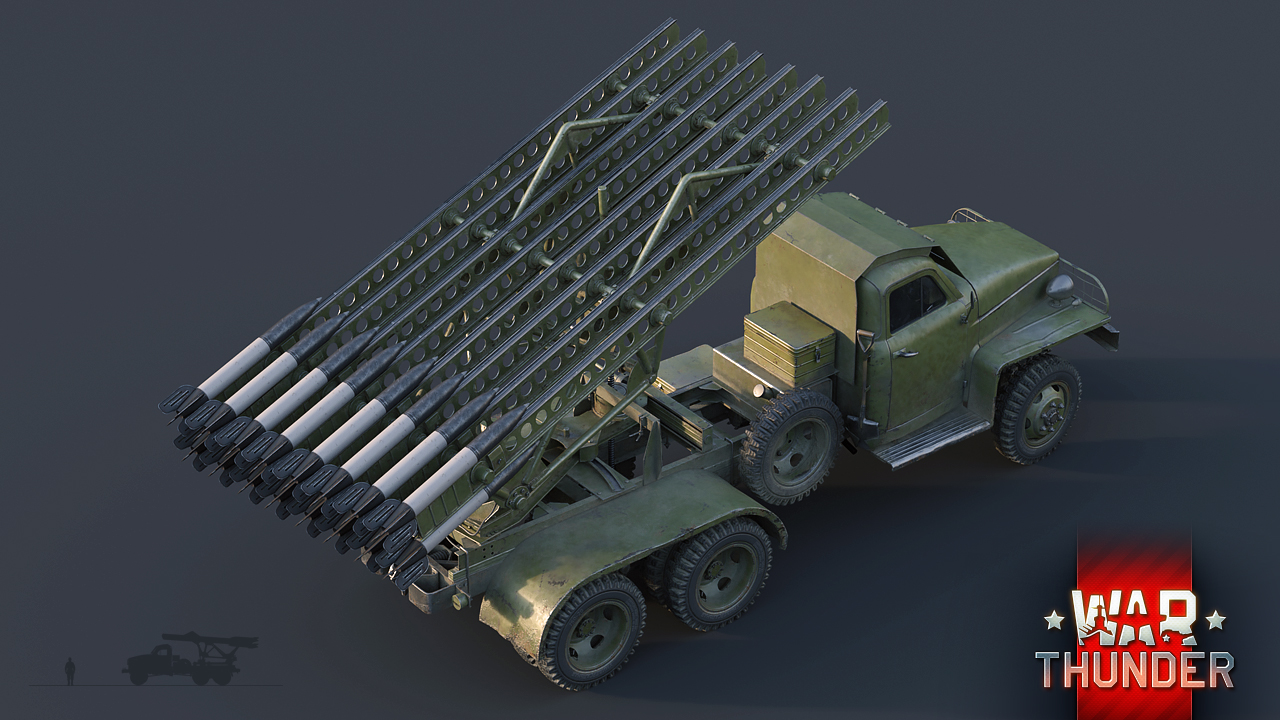 Commenting is no longer available for this news
Rules
JokerTheSecond
Administrator

Unfortunately, task can be too hard for some of our players and they even bought BM-8-24. So we added another task for BM-8-24 owner: make a win in event and you will get "Katyusha"

NEW! New event for the BM-8-24 only. You have two spawns available even if you don’t have any backups. The event will be available in AB and RB.

Was always something about this version that just works; https://www.youtube.com/watch?v=7Yl-DvkX0hY

This sounds spectacular, but if it's not too much to ask could you change it so it doesn't have to be in one battle, or so that you need 3-4 kills in one battle? Or at least extend the test drive time on the BM-8-24.

It will be too easy. You really think that Katyusha is an easy girl?! To steal her heart you need to do something really great!

Stona_WT, True, but could you at least extend the test drive time by a few hours?

Dude I did it in Arcade and well my second match.....okay my fourth but that doesn't matter!

See Gaijin! This is what those events need to be just, get things like win 5 games or get 15 kills.

powergym4925, i feel your pain

Nope. It cannot be too easy.

Stona_WT, I agree that it would be too easy to destroy 5 enemies in one day, but can the rentals at least be extended, or perhaps set to something like "Destroy enemies in one hour"? I don't think it should be a play-a-battle-and-get-a-free-tank vehicle, but destroying 5 enemies in one battle within one hour will definitely be hard if we have to use the same vehicle.

But does she thinks about you? :P

To all German players; expect Katyusha spam tomorrow! Bring out your Panzer IIs and show those poor BM-8-24s what hell feels like! "I can kill you, you can't kill me )))"

That's the Evilest Thing I Can Imagine

Stona_WT, Absolutely, but he is right, though. It will be hell.

Thank you now it will be impossible to get this

They called me mad when i bought the BM-8-24! Now look who's laughing!

I remember when a discount coupon got dropped in a crate for me on the bm-8-24 and i was all like "hmmm is it worth it NOW???" Glad I answered yes because by golly do I need that unlimited time by owning it xD