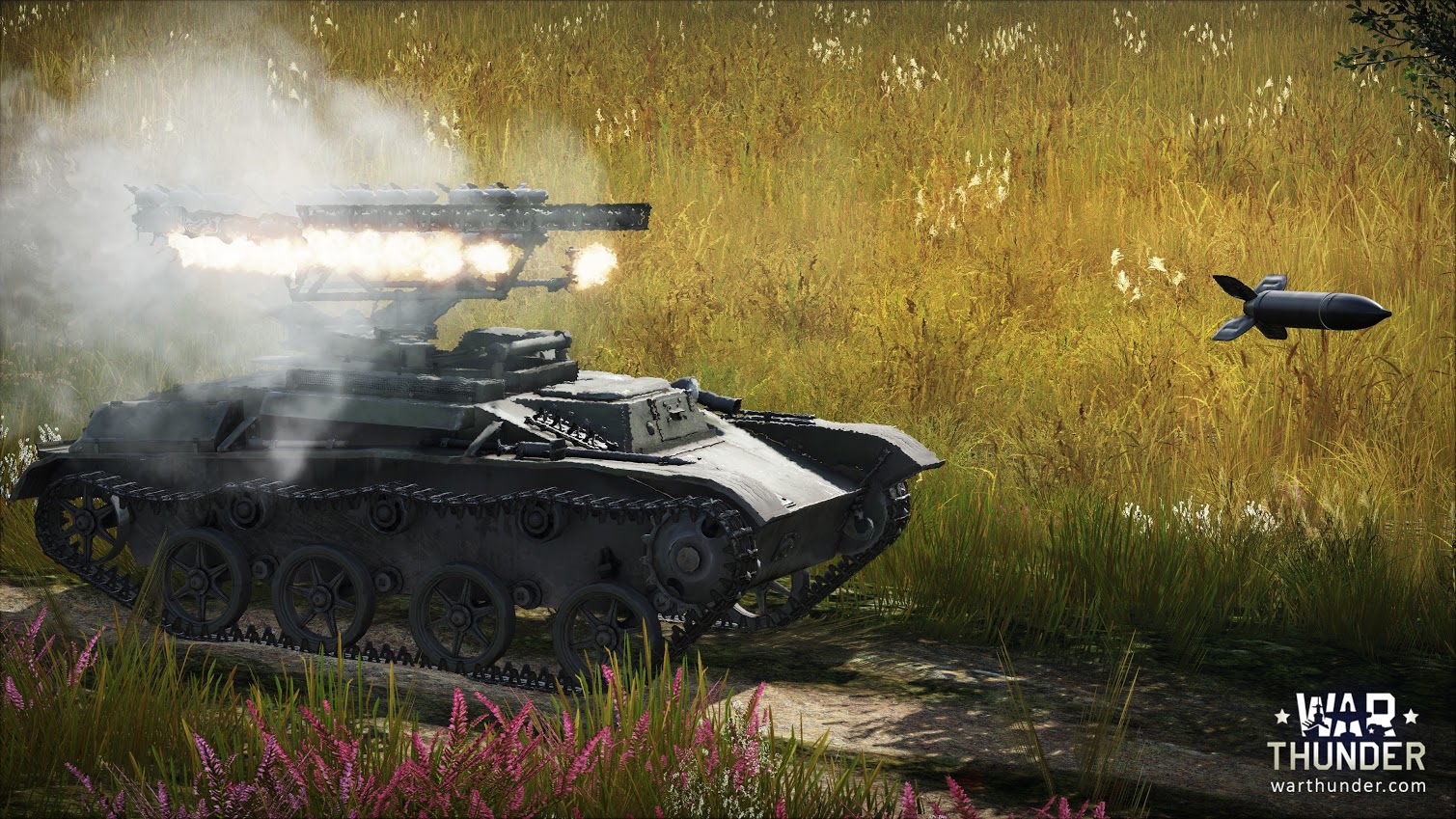 This year, we made the decision to introduce a tank-mounted rocket launcher to the US lineup; the Calliope. Following this, this addition in-game was received warmly by many players, and so, due to its success as an interesting and unique vehicle, we are planning to introduce similar vehicles, with unguided rocket armament for other nations too!

The first USSR self-propelled rocket launcher will be the BM-8-24. It will be available as a premium rank 1 ground vehicle. The BM-8-24 is an RSZO rocket launcher, mounted on a T-60 chassis. The T-60 tank hull specific to this design has a group of guide rails mounted upon it, with 24 x 82mm M8 rockets, which are a serious threat to other lower ranked ground vehicles.

The light tank base provides the launcher with good general mobility and maneuverability aspects. Outwardly, the launcher looks very unusual, but don’t let its appearance put you off – before you is a dangerous enemy capable of launching 24 rockets at a target at any moment.

Question: Why did you make a lesser known version (I didn't know they had this) of the katyusha and not a truck variant? will you add katyusha?

Answer: Katyusha cannot fire rockets directly in front of itself and has no armour, so it will be completely pointless vehicle gameplay wise. Currently we do not have plans for Katyusha. The BМ-8-24 is basically a Katyusha (same slide-rails and rockets) mounted on a T-60 chassis.

Question: Will shooting the loaded rockets result in ammo racking the vehicle?

Question: Will there be rocket tanks for Germany?

Question: Taking into account the fact that it doesn't have a main gun, will it will have a shorter reload time for the rockets?

Answer: We understand the problem with limited ammunition and we will provide a solution so that it will be possible to reload.

Question: Will there be special sight for rockets?

Answer: Currently it is not planned.