Me 410 heavy fighters (A-1 and B-1)
19 January 2017 Profile
Attention! This news was published on the old version of the website. There may be some problems with news display in specific browser versions. 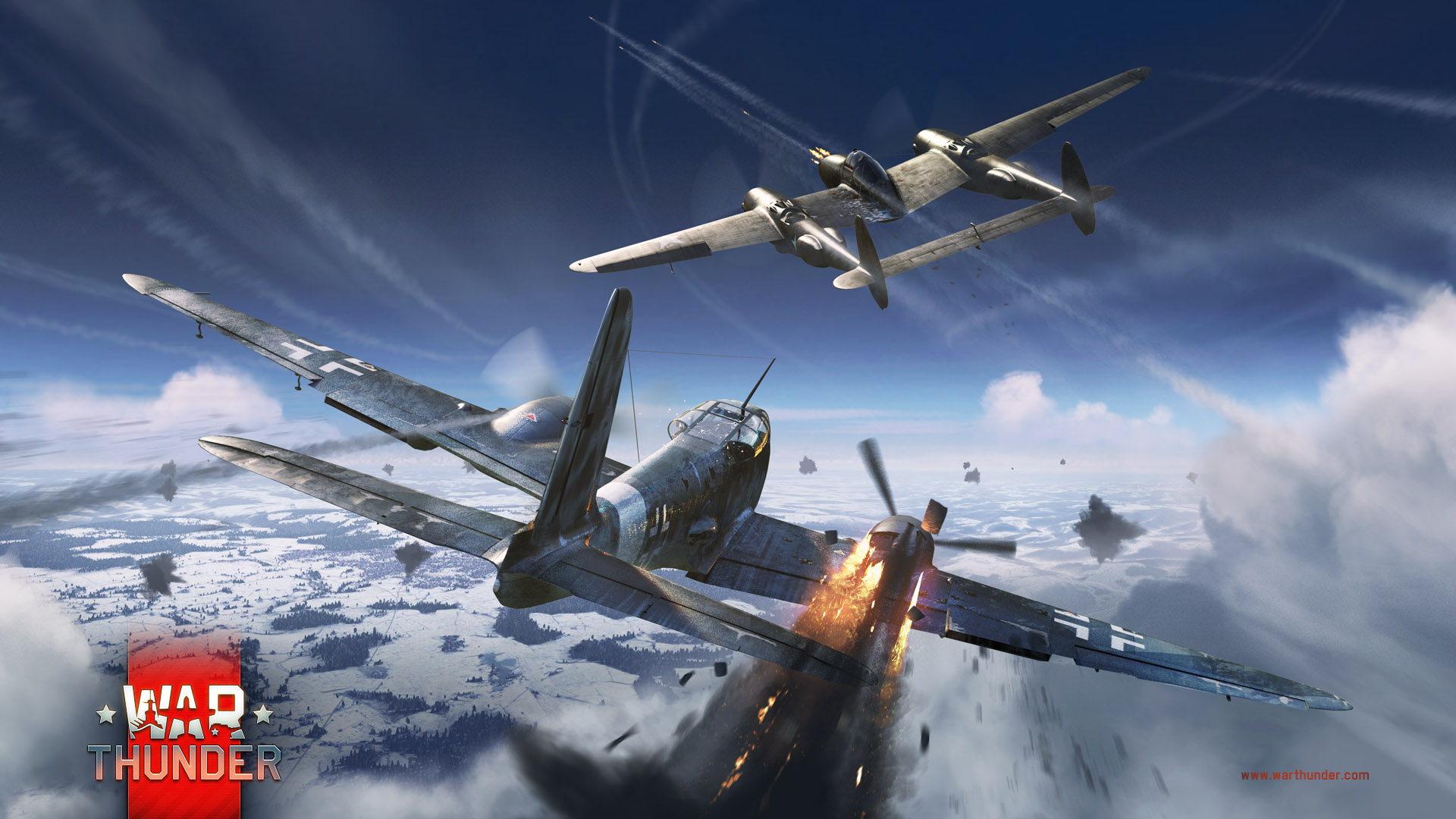 Just after the Do 217 Nachtjäger/heavy fighter is the Rank III Me 410 group of 4 units.  The subject variant A-1 and B-1 are the Jagdbomber (fighter-bomber), or “JaBo”, with selection to carry up to 1000 kg load. The BR for the A-1 is a favorable 3.3 in AB and 3.7 in RB/SB and well worth to get. The B-1 (after the A-1/U2) sits on BR 4.7, but despite the significantly higher BR, one can do well, especially in Enduring Confrontation Simulator events where, load selection and tactical options are major advantages. So why should we give this historical footnote any attention?

No sooner had the Bf 110 been put into production in 1937, work was started for its replacement.  Analysis of the 110’s action reports and innovative thinking resulted in the Me 210 (as the company name changed to ‘Messerschmitt AG’).  The emphasis on speed and versatility resulted in a design far in advance of any heavy fighter in service anywhere (a fact well reflected in game), with arguably the first ever multi-mission bay that could carry anything from the obvious (bombs and gun) to things yet imagined. Large integrated air brakes and remote controlled turrets as standard equipment was also a first. Most unique, however, was the unbroken pilot's window that extend all the way to the floor between his feet, so he could track targets well below the nose - an advantage no other fighter had (with partial exception to the rival Arado Ar 240).  The resulting fighter that first flew the day after the declared start of World War II was functionally the world's first multi role combat aircraft with a top speed faster than contemporary Spitfire Mk 1’s.

Except the Me 210 (and the Ar 240) flew terribly, being unstable on all three axes and needing constant piloting to fly level.  Both designs exceeded the understandings of how heavy powerful engines creating powerful turbulent and uneven air flows and shifting aerodynamic centers affected flight. When open the 210’s forward bay also resulted in extreme buffeting and speed loss, further impacting its combat quality. 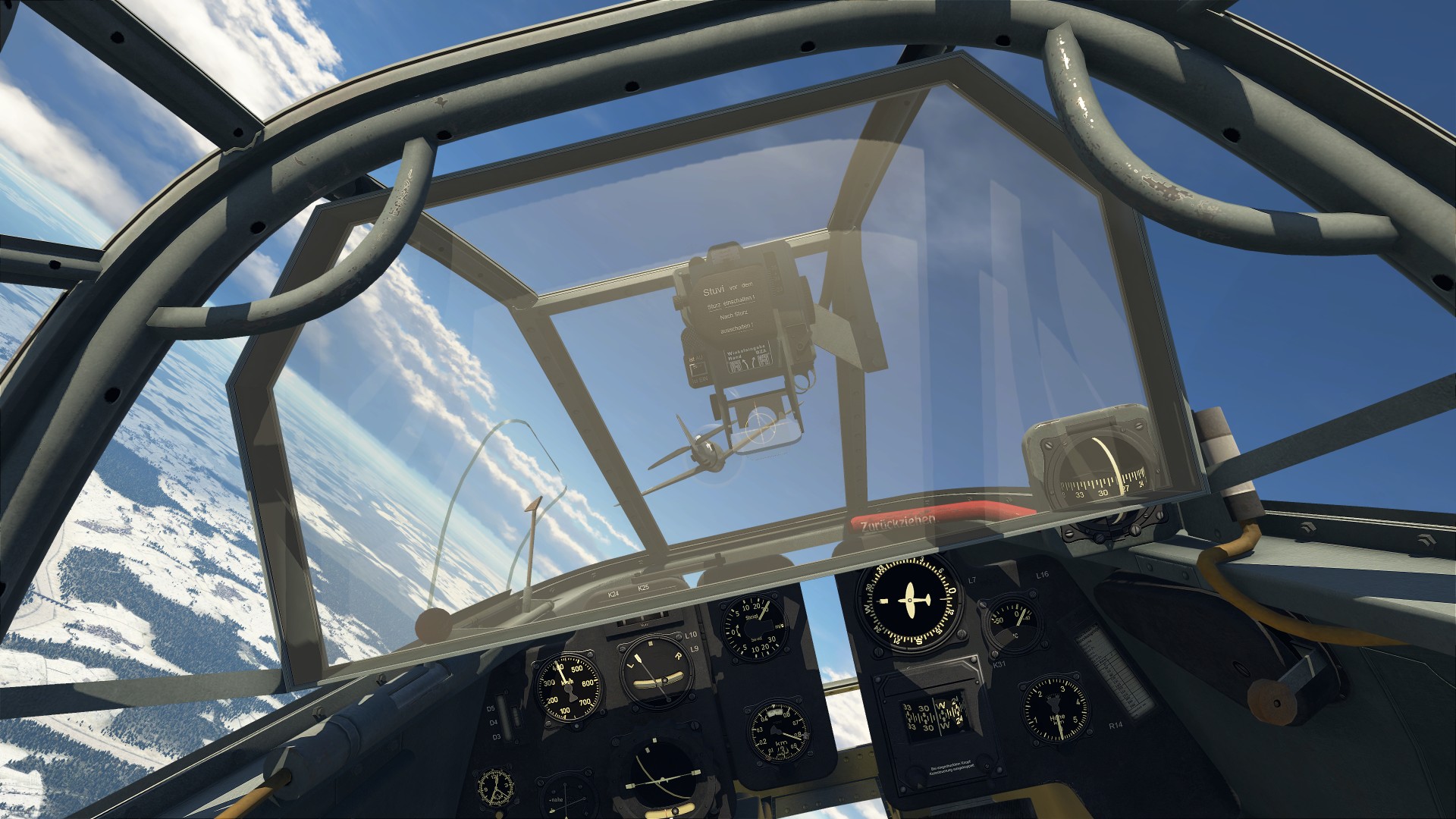 The over enthusiasm for the design coupled with massive underestimation of a fix was a disaster for Messerschmitt, with hundreds built and endless design changes resulted in a 2 year delay before a greatly improved 210 (and proposed 310 version) was rolled out. Renamed the 410 to shed the machine’s past bad reputation, by that time advances in single engine fighters and some twin engine fighters exceeded its performance. Still it was a formidable warplane and performed historically well as bomber interceptor or high speed fighter-bomber - roles in which it excels in War Thunder as well.

Of the seven different versions in War Thunder, the two “JaBo” versions A-1 and B-1 are very similar, with three key differences: the top speed (about 30 km/h) and the substitution of the two 7.92mm MG for 13mm MG 131. Unique is the bomb bay capable of carrying up to 2x 500kg, stock!  By default it can already carry big bombs, so one may find more profit attacking ground targets over air targets, but don't ignore the latter!

Much like its predecessor Bf 110, combat discipline is a must when flying out the Me 410 in the skies of War Thunder. Fly its strengths, by keeping either speed and/or altitude advantage at all time. Still, it comes with a few tricks to help it get out of sticky situations. Timely use of air brakes can force attackers to overshoot, and the 13mm rear turret is surprisingly effective. It has good climb and fast acceleration on dive and is faster even than a few same rank fighters. The A-1’s armament is not exceptional, but the pair of 151’s is still powerful and for Simulator players the view “under the nose” more than compensates for that lighter armament.  But this one is the bomber version, so go and bomb!  That same glass nose makes it much easier to track ground targets for precise bomb drops even though it lacks a bomb sight.  In RB the high speed can get you to a bomb target and back before too many enemies show up, and in AB you will do equally as well attacking ground as well as air - but escorts are useful and will profit from attackers focused on thinking the 410 is an easy kill.

Unlock the performance modules first and foremost in both, the best sequence is first unlock the “Radiator”, then the “Offensive MG’s”. After that, go for the remaining speed upgrades (compressor, wings, engine) and the 20mm ammo, then the rest. The last modules to unlock would be turret related. Arguably, many players tend to not install the 13mm turret, favoring the default round more than the upgraded alternative. Here, it’s best to try and make a judgement for yourself. Qualifications is well worth the expense so get that, and 410’s only have 1 gunner so invest heavily in “Gunner Accuracy”, some in precision.

Although much maligned in history, in game where all past design problems are not an issue, the 410 is worth taking out of your hangar and hone your skills with. If you underestimate it, you will definitely be surprised in what it can do.

Interested by the Me 410 /U2 modification? We have an article about it on the forum!

Commenting is no longer available for this news
Rules
Godart32
3

Best cockpit of any heavy fighter.

i disagree, yets to me looks way more intensiver

I wished though they wouldn't have introduced the additional cockpit glas armour. It's historical but it really distorts the cockpit. As it was before it was the most awesome cockpit around.

ColdHeat, There is some errors in model, trying to correct them but verified source info is hard to find.

Pony51 is not a developer. And I agree, they are effective. But if you think that having them will solve your problems with good players who know how to attack heavy fighter, you are in mistake here.

But it is effective, at least with default belts.

Leutnant_Erica, no it's not. My favorite heavy fighter plane in the game is the A1/U2 and i played it a lot, and holy shit the back turret are inefficient and you can't dodge bullets while using turret that deals no damage, or you can but loose accuracy. Do that with a P51, spitfire or Yak behind you hey.

Someone shortened my full statement when published: "Flight performance on one engine is poor, only being able to just exceed stall speed in level flight". Some twin engines can fly home on 1 engine (good), others cannot (bad). With 410 it is difficult, but possible (thus poor).

It's not dum to add. To be able to fly on one engine in a two engine plane is a huge advantage.

nice article but again wrong name of armament! 15 mm MG is a heavy machine gun, not a CANON, 20mm and above is a CANON , so change the name of the 20 mm german machineguns as they supposed to be named, also below 40mm its a barrel above that caliber it is a guntube , just to have the tecnical names correct ,it would be nice, if gaijin uses the correct tecnical terms , some wiki info is not correct,

Semantics. the MG 151/20 designation is Machinegun, but by caliber is a cannon.

listen to this man he did his homework ;D

Enjoy and be enlightened ^_^!

So, when you going to fix it's wing spars breaking off from 7.62's? I sincerely disbelieve they were that fragile...

Bulletproof glass pevents it from being enjoyable to fly in SB. Those reflections are insane :(