News
back to news
Attention! This news was published on the old version of the website. There may be some problems with news display in specific browser versions.
Fleet
24 October 2016

The History of Naval Battles Part 2: The Golden Age of Sail 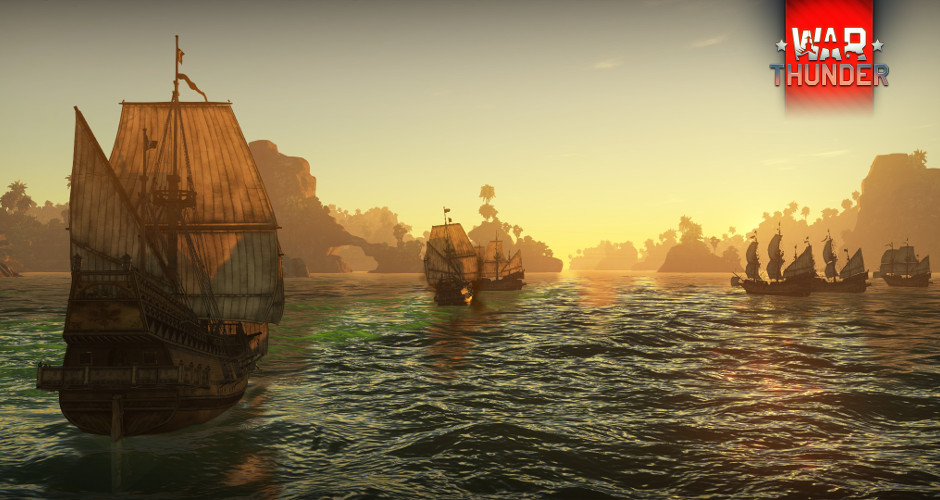 In Historical terms there exists three main periods of technological and political advances - The early period, the Golden Age, and the Modern eras. In a previous article we talked about how Naval Technology shaped the world in times of antiquity. Today we shall focus on the middle period known as the Golden Age of Sail or the Age of Discovery.​

The Age of Sail most scholars would agree began in the late 1500’s  with the rise of sailing fleets around the world heralding the beginnings of international trade and migration by sea. The last oar driven vessels began to disappear as wind driven sails began to be more mass produced by countries that saw the sea as the means of prosperity. This new prosperity and growth required that Navies protect not only a country's borders, but also to protect newly discovered and well traveled shipping routes to the known world.

The last major conflict involving oar driven ships was the Battle of Lepanto in 1571. The Holy League led by Admiral Don Juan , which was a collection of European Catholic Maritime States, met the mighty Ottoman Navy off the Coast of Greece.  This conflict involving the extensive use of the Oar driven Galley would signify the coming age of European dominance in the Mediterranean that would last for hundreds of years as well as the ushering in of economic and geophysical colonialism throughout the World.

During this time many nations began to build ships both for trade and for War. Previously ship construction centered around vessels that maintained a close position to the coast. Open Water crossings were very dangerous upon the high seas as the European Nations explored out into the ocean and over the globe. This was not only due to the design of earlier period ships, but the presence of Maritime Privateering. In this early period of exploration and discovery. The three largest Nations (and their allies) were competing for newly discovered resources in the form of  land, timber, and gold in the New World. Trade routes also became available and closely guarded to the East with Turkey, China, and India providing immense sources of wealth to newly founded companies such as the Dutch East India Trading Company in 1602.

In the 1600’s and early 1700’s Nations utilized the use of Privateers (pirates) to attack enemy cargo shipping on the high seas. The Major difference between a pirate and a privateer is privateers are sanctioned captains and ships that are allowed by one nation to conduct piracy upon another. Most countries Privateers would have been considered naval reserves or a sort and Royal or State Pardons were given frequently to absolve any crimes(such as with Sir Francis Drake) Many Nations constructed their fleets out of two major construction lines. The first was the sailing galley which began to develop early concepts of armor protection making them very slow and often very large. The secondary design concept was the Ship of the line or Man-o-war’,whose construction focus turned to firepower and maneuverability over protection. This coincided with a newly adapted Naval strategy where instead of building all-purpose ships; vessels were designed for specific roles like hauling, as a pure protection platform (escort), or as a direct means of attacking. Pirates often operating with several small attack ships and were successful in large part due to hit and run tactics, vs prolonged firefights with Navy ships, the most successful of which became legendary.

Even Blackbeard though could not begin to compare to not only the most successful female pirate, but the most successful and feared pirate world wide. Ching Shih, the spouse of Cheng I, commanded her own Pirate Navy that terrorized commercial and State shipping in the South China sea most notably the Dutch East India Company. After marrying Cheng I a notable pirate well established already in Eastern lore as the Admiral of the Red Flag Fleet. she commanded over 1500 ships and an estimated 180,000 sailors. Most of which were small raiding ships built from the popular chinese junks of the time. She is also noted to be one of the few pirates in world history to retire from piracy while keeping her ill gotten loot.

Captain Jack Rackham, was an englishman also known as “Calico Jack”.  He was not one of the greatest pirates in history. Ideally he engaged in action with ships smaller than his, would not travel as far as notorious pirates of the era. He would only sail in the caribbean waters. However, he will always be remembered as one of the bravest and most audacious pirates to ever exist. During this golden age of sail, which was also the golden age of piracy.

One of the most inconceivable and triumphant acts he and his crew pulled off: Was to steal a captured British sloop from the Spanish navy at night, while the crew of the spanish vessel waited to fight calico jack the next day at high tide. The spanish vessel was immobilized during the low-tide, Allowing Rackham to take the initiative, to board and capture her.

Legend has it: Was captured drunk with his crew, after celebrating raiding a Spanish ship. Captain Rackham, would later be tried, then hanged. Two of his crew associates “Anne Bonny” and “Mary Read” between them, they created a legacy. They would be given amnesty for their acts, since they were both pregnant. Incredible he would leave us with one of the most famous associations and iconic artefacts of this era: “Rackham Flag”, known today as the “the” Pirate Flag”.

From the mid 1700’s to about 1850 the development of formational fleets allowed for more variances in ship design. Two parallel schools of thought began to take shape. Where some nations believed the largest fleet would be most successful others began to develop technology over size under the philosophy “strength is better than numbers”. Some Nations like Great Britain began to use Hull sheathing such as lining a hull with copper whilst others, like the newly formed United States, elected for composite construction hulls.  Some countries utilized iron plates for the first time as a form of protection against shore and ship borne artillery. Leading to rapid advances in cannon and ammunition that were needed to pierce this primitive armor. This stage of up-armoring and up-gunning led to the demise of design philosophy that stipulated in the early portion of this period that ships built with the largest cannon compliment would be the most successful. Sloops, corvettes, and frigates became more desireable than older galley vessels. Some craft being designed for base of fire operations in the fleet, whilst smaller and more maneuverable ships held formation and acted in an anti ship (specifically) role.

This was the dawn of globalized conflict with notable revolutions and uprisings, as well as large scale wars of conquest in the form of the Napoleonic period. It would still feature legendary sea battles, such as the Battle of Trafalgar. This period would shape the world as far as the purpose and role of a Navy. Previously, navies in war time generally conducted anti-shipping or blockading duties against enemy fleets and harbors. It was well determined that control of the sea meant control of regional supply to the army. Therefore, navies began to take greater roles in an overall campaign. Instead of merely transporting troops and equipment, ships began participating in river defense, seaborne invasion, and many other roles while utilizing more and more specialized warships to do so.

Commenting is no longer available for this news
Rules
Jan_Gustl_WT
4

The greatest Time of the mighty Royal Navy! Cant wait for the "Knights of the Seas", when we can set sail?

Thulle_, Btw you have a Bug there again. It says "History of Naval Battles - Part 1"

Schwuppdich, The actual update wont come for another 3 months, CBT might

Daily reminder that aprils fools day ships is the closest thing we will ever get to proper naval wrfare.

Thulle_, From that event wich i could not enjoy ? you guys should make that available at least as a custom mission..

What will the destroy message for ships say and, will they be counted as their own thing or grouped in with ground units in the stat table in, air combat?

Ahh...ahhh ohh yeahhh,I remember that April Fools event.I never had so much fun like on that event. I wish you guys let that event in War Thunder!