News
back to news
Attention! This news was published on the old version of the website. There may be some problems with news display in specific browser versions.
Profile
12 October 2016

Improved metallurgy and engineering in the 1930’s saw a massive leap in aircraft performance, especially the once bulky, boxy, lumbering bombers reborn as sleek and sexy machines that left old fashioned wooden fighters in its vapor trail.  It was not long before those flying rag fighters were also updated with gleaming aluminum and once again surpassed the bombers top speed. Yet bombers still had a trick up their sleeves, altitude.

Flying above 9,000m (29,500 ft) in super cold thin air and rarified oxygen was both a technical and physiological challenge.  The long wings and large interiors of bombers offered space needed for extreme high altitude flight, example the Ju 86P/R bomber which flew above 12,000m (40,000ft) with impunity over England, beyond the RAFs reach for months.  The B-17 and B-24 could also fly at altitudes the Bf 109 and Fw 190 had difficulty to reach.

Predicting the same for Japan, the military wisely ordered research into high altitude single engine fighters as early as 1942 and by 1943 work was underway on the future Nakajima Ki-87 and the alternate Tachikawa Ki-94.  At 12,000 meters the air density is about 1/4 that of sea level necessitating a huge supercharged engine, but its internal “blower” needed an additional boost so a “turbo-supercharger” was added, powered by high velocity exhaust gas.  This combination is exactly like the P-47 Thunderbolt has, except this time the turbo was mounted on the right side of nose on the prototypes and not in rear fuselage.  High aspect-ratio wings were chosen for the thin air (compare Fw 190 with Ta 152), but with limited space to mount the dual pair of 30mm and 20mm cannons in an unusual step Nakajima chose a landing gear retraction like on P-40 Kittyhawk.  High altitude flight is also extremely uncomfortable for the pilot so the cockpit was partially pressurized and extra tanks of oxygen installed.  Pilot armor, thick bulletproof glass, self-sealing fuel tanks, and hard point for bombs were also added. Finally enough fuel for at least 2 hours flight resulted in a massive aircraft for the Japanese, well over twice the weight of the A6M2 Zero.

It was an enormous technical challenge for Japanese industry taking a long time to overcome teething issues.  Turbo-superchargers were rarely used by Japan so experience in operation was limited, and although the 90° retracting gear was well known design it took Nakajima months to get it to operate correctly.

The prototype flew for the first time in April 1945 at a time when the anticipated B-29 bomber was pounding Japan, but by then it was too late.  Disruption by bombing and dwindling resources prevented the second prototype to fly and attrition of what little fighter defense Japan had.  Ironically, with such weak home defense the B-29’s flew much lower so they could bomb more accurately, negating the purpose of the high altitude Ki-87!

The Nakajima Ki-87 is a Japanese fighter with a Battle Rating of 6.0, It excels in all scenarios, even against the legendary P-80 Shooting Star. A well played Ki-87 will be able to change the outcome of any-match.  It offers a very powerful array of armament of two 20mm, Ho-5 cannons and two 30mm, Ho-155 cannons with a judicious 150 rounds per gun. It can also carry a single 50kg or 250kg bomb under the fuselage.

Using W.E.P. the Ki-87 is able to climb to just over 5500m in five minutes, a strong climb rate. Bombers spawn in at 3000m so you can quickly climb above for positional advantage for booming and zooming. The Ki-87 retains momentum from the dive and engages the targets, it will be able to climb back up to the operational altitude it was before engaging the enemy. It is recommended to take 20 to 30 minutes of fuel; however this plane will consume a lot of fuel if left on W.E.P.so fuel starvation is very likely.

For engaging the enemy, The Ki-87 is best at boom-and-zoom tactics. Climb to around 6000m and fly over enemy formations, once in position roll the plane to target, maintain coordinated control and correct rudder as at that altitude it is very easy to stall.  Descend fast but not so much the controls get sluggish. Once lined up and in range fire a short burst, the very heavy armament will rip the enemy plane apart; even evasive countermeasures will be insufficient for a properly executed BnZ.

Against heavily armed aircraft such as the B-17, B-24, B-29, Tu-4 and other heavy bombers, climb at least 600m above them use slashing boom and zoom tactic, fire short bursts once the busts hit the target, fire longer busts then climb back up. Ideally you should, aim for large critical parts such as the wings and tail plane. The cannons on the Ki-87 will make short work of critical parts and being large offer best chance of hitting.  Never attack behind and at nearly same speed as you become a perfect target for multiple weapons.  The Ki-87 fuel tanks are somewhat easy to ignite, and won’t last long if they do. 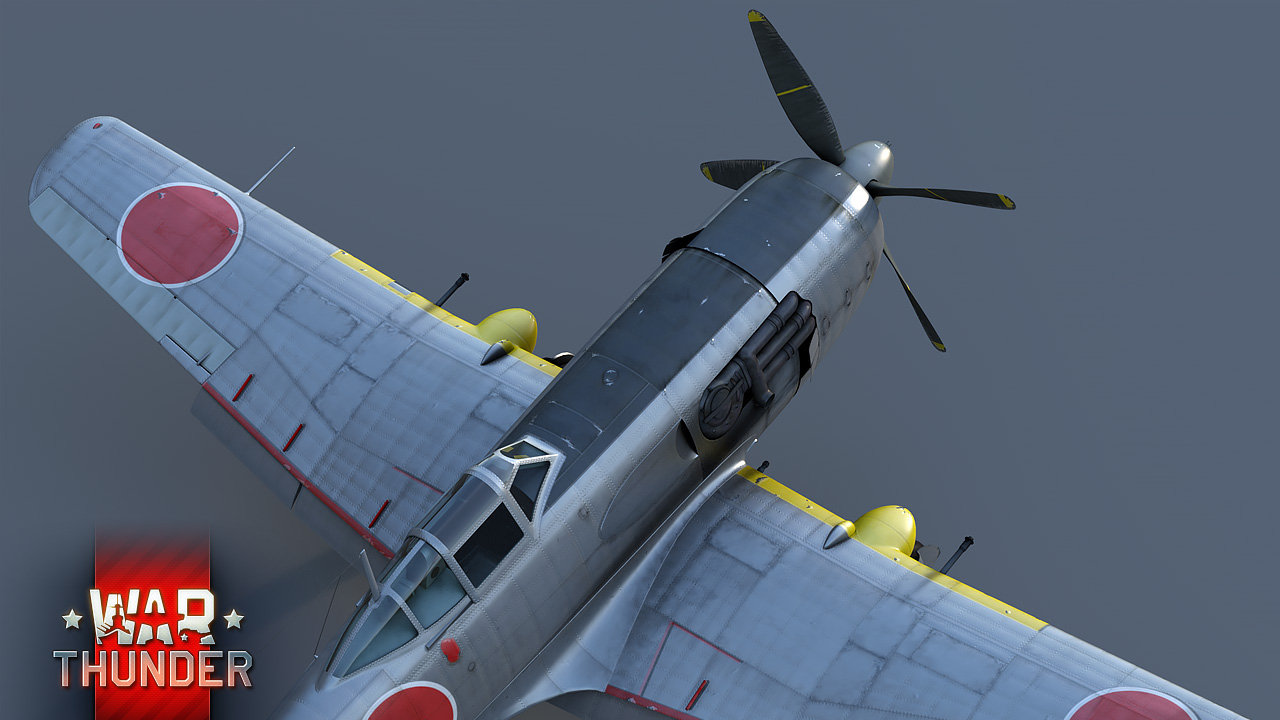 For landing, slow to at least 300km/h (180mph) before dropping the main gear and 250km/h for flaps.  Ideally be about 50m altitude at end of runway and hold 200km/h until touchdown.

Commenting is no longer available for this news
Rules
EnkoACE
9

Japanese tanks require lots of honor to create. As soon as more information is ready, we will share it via the news and dev blogs :)

We will get some dev blogs for Japanese Ground Forces? :D

random_guy888, He definately is, as Japan had some very interesting and good machines It also depends whether you consider Italy and France as major nations...

Whenever there is news to share or secrets to be told, you can catch them on the news and dev blog :)

All Japanese aircraft are overpowered thanks to honorabu pilots they have :P

Well it's not, and I'm saying that from experience

Turbulenz_JP, agreed the n1k are better i was reking these all day in my brigand when i was acing it.

If your not careful, you might learn something! Enjoy and be enlightened! :)

Hope you enjoyed the article. 8-)