With a stabilized cannon, add-on armour and an additional machine gun,
the Leopard A1A1 will become the new crown jewel among the German post-war vehicles. Panzer – Hurrah!

By 1975, the first independent tank design from post-war Germany had already seen numerous improvements since the first production batch (or ‘Baulos’ in German) was produced by Krauss-Maffei AG in 1965. West German engineers, well-aware that their country would be the first to fight if the Cold War ever turned hot, were under an immense pressure to keep up with the rapid development in tank technology displayed by the nations of the Warsaw Pact. Thus, with each subsequent ‘Baulos’ of the Leopard 1 approved for production, they added as many potentially beneficial technologies as possible to the design, without compromising the vehicle’s core concept. 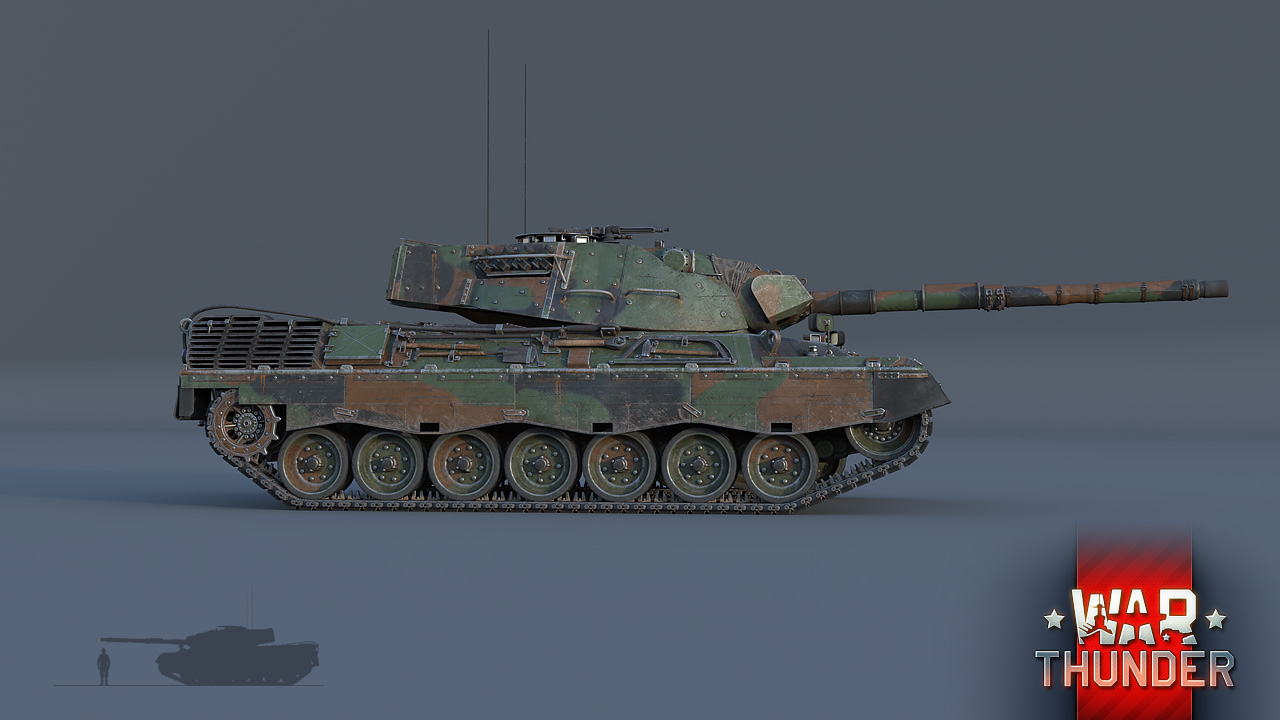 As a result of this approach, in 1975 the German Bundeswehr operated a total of four different base model of the Leopard 1, ranging from versions A1 through to A4. Many of the improvements in comparison to the previous base model were minor, but others quite significantly increased the combat capacity of the Leopard 1 in different situations and circumstances. To ensure that all production batches could play an efficient role even against the most modern tanks of the Eastern Bloc, German engineers developed a standardized system of modernization for existing models, labelled the ‘Kampfwertsteigerung’ (lit. ‘combat value improvement’).

The Leopard A1A1, which will be introduced with War Thunder Update 1.63 ‘Desert Hunters’, resembles a vehicle after the second Kampfwertsteigerung in 1975 of the first Leopard model that is already present in game. Subsequently, the new top vehicle in the German medium tank line also inherits significant improvements from the series’ first Kampfwertsteigerung, A1.

One of the prime features of the A1A1 model relevant to our game is the ‘WaSta’. This device, short for ‘Waffenstabilisierungsanlage’, is an add-on module to the traverse and elevation mechanism of the tank’s 105mm L7A3 cannon and provides comprehensive horizontal and vertical stabilization. It allows the Leopard to efficiently fire it’s cannon on the move, significantly improving hit probability and thus lethality while playing one of its core strengths - mobility. 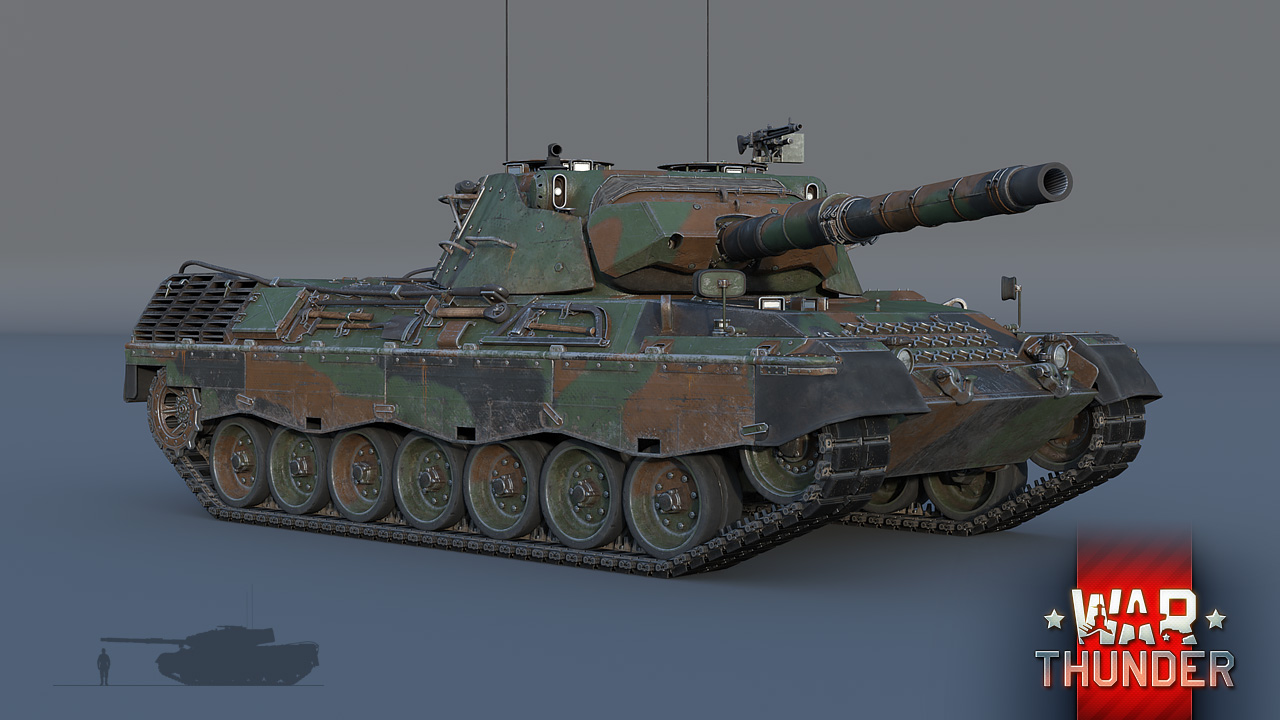 The vehicle also receives new tracks featuring exchangeable pads, which now include a set of ‘grippers’ to be installed during winter. In game, those gripper track pads are - as they were historically during summer - installed for storage on the upper front glacis of the vehicle, pleasantly providing additional protection against enemy shells. Furthermore, at each side of the vehicle just above the centerline of the road wheels, the German engineers have installed 5mm strong side skirts to increase protection against infantry weapons and shaped charges.

The most obvious difference between the new Leopard A1A1 and the already existing model, however, is the add-on armour mounted all the way around the vehicle’s cast turret. This spaced armour leads to a reduction in effectivity of small hollow-charge and HESH projectiles by causing premature detonation, for a very modest increase in weight. The additional armour provided by Blohm & Voss increases protection by 35 mm right in front of the gun mantlet, with additional 10 mm at the sloped cheeks and 20 mm at the sides and back. Coming at a cost of only 2.4 tons of weight for all new features combined, the total mass of the Leopard A1A1 is now 42.4 tons. Thanks to the efficient powertrain the vehicle is capable of maintaining its widely appreciated top speed of around 65 km/h. An added bonus is the extra 7.62 MG3A1 machine gun mounted on top of the turret, which can be used to deter enemy aviation or to combat weakly armoured and open-topped vehicles. 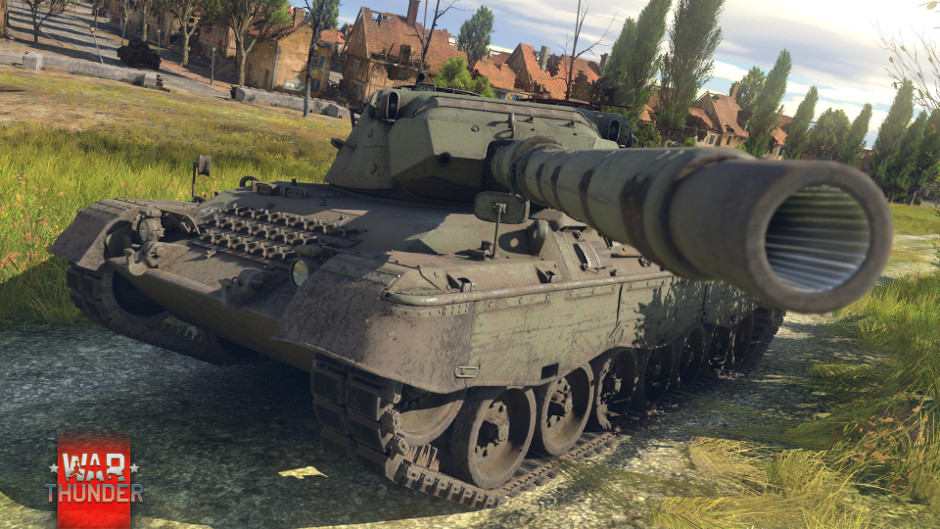 In short, the modernized version of Germany’s best tank in War Thunder to date will surely make any fan of German technology happy. Adding gun stabilization and additional protection to the already impressive set of features that is the Leopard, it is to become the new crown jewel of the German ground forces tree, rightfully taking its place as the new top vehicle in the German medium tank line.

Keep your eyes open for the Leopard A1A1 in Update 1.63 ‘Desert Hunters’. See you there!

Commenting is no longer available for this news
Rules
gunmechanic
0

very nice because i had a technical training on the gun and turret of the old leopard in the Dutch Army, the old type already had stabilisation , i know because i had te maintenance training, but why are these in a upgrade called Desert Warriors ? i still cannot see a Desert theme !