T-50 - Tougher than it looks
6 July 2016 Vehicle Profile
Attention! This news was published on the old version of the website. There may be some problems with news display in specific browser versions. 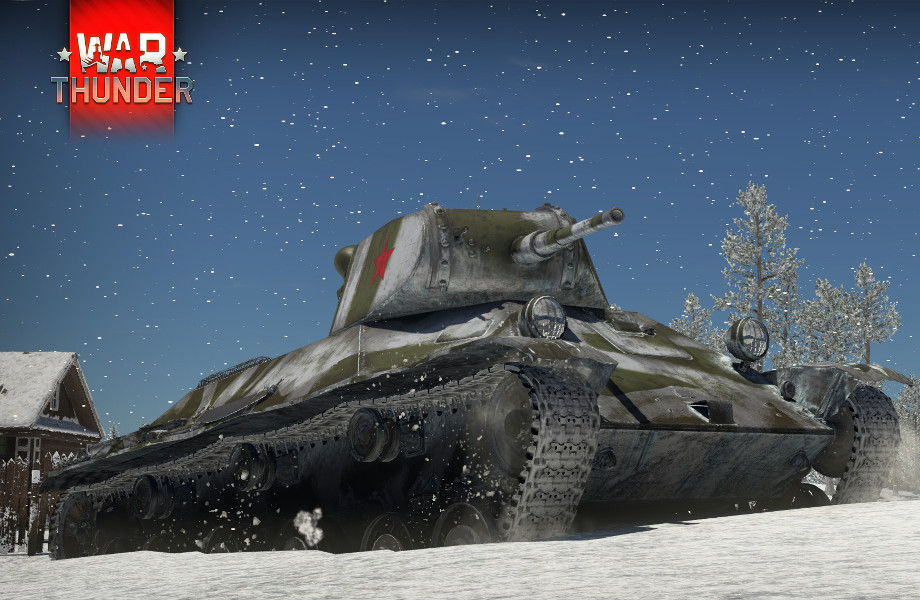 If you just finished researching the BT-7 Soviet light tank, you’re probably well accustomed to its play style, which is heavily influenced by the fact that it's extremely fast, yet very fragile, with almost no armour whatsoever. Its successor in the Soviet tank tech tree, the T-50 1st rank light tank sitting at BR 2.7, retains the speed and agility, but as is unusual for a light tank, it also comes with comparatively sturdy armour for its size.

In reality, the T-50 was conceived not as a light tank per se, but as a light infantry tank. Designed in 1939 as a successor to the already obsolete T-26 light tank, the T-50 was supposed to have the same role on the battlefield as the British Valentine infantry tank. In fact, if you take a closer look, the T-50 does indeed share some traits with its British counterpart. As with the Valentine, the T-50 boasts very good armour protection for a light tank. Its glacis is only 40 mm thick, however is well sloped with an angle of up to 55°, nearly doubling it’s  effective thickness and making the tank very similar to the famous T-34 medium tank. Given the opposition, such armour will make you virtually immune against small-caliber tank guns, and even against some larger guns, such as the 75 mm M3 on the Sherman, or the 7.5 cm KwK 40 on the PzKpfw IV Ausf.F2 (both can be encountered with the T-50), the T-50’s armour can still surprise with a lucky ricochet.

Regarding its armament, the T-50 is armed with the 20-K 45 mm gun, well known from other Soviet light tanks in-game and somewhat similar to the Valentine’s 2-pounder gun. With the default BR-240 APHEBC round, the 20-K gun offers penetration of up to 62 mm at point blank range, and 26 mm at a range of 2 km. The improved BR-240SP AP round can pierce up to 73 mm of armour, but lacks the explosive filler of the default round, and loses its penetration over distance faster. The BR-243P APCR round then can defeat up to 103 mm of armour at point blank range, but suffers from the same disadvantages as other APCR rounds – poor performance against sloped armour, low penetration at range and low post-penetration effect. The rate of fire is good however; with a fully trained and specialised loader, the reload time is 3.5 seconds, giving the tank a rate of fire of roughly 17 rounds per minute. 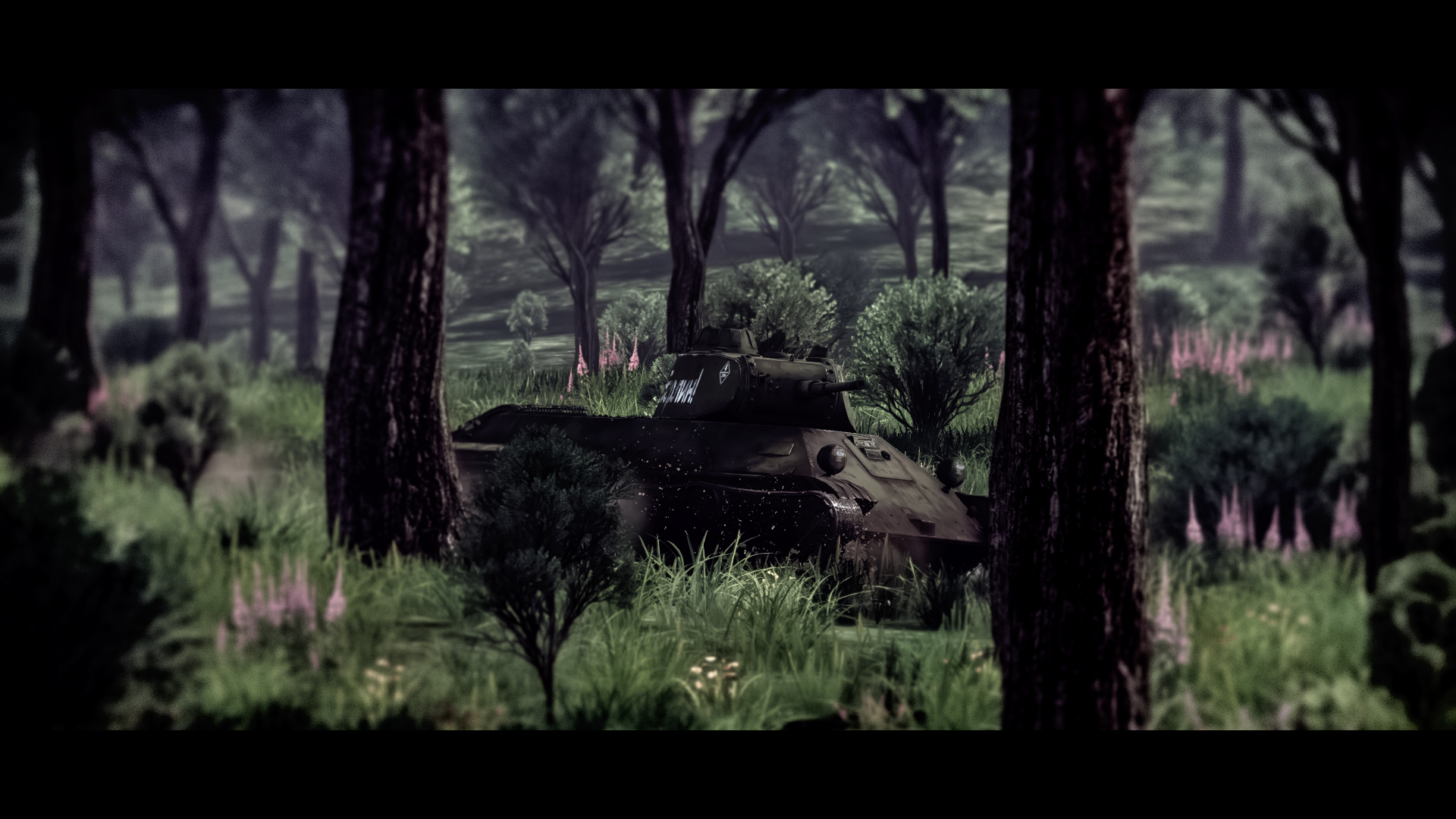 Use its agility coupled with the excellent armor to perform
flanking maneuvers, destroy enemy tanks and retreat quickly.

So far, the T-50 and the Valentine are very similar, but when mobility is concerned, all similarities are off. While the Valentine is rather slow, the T-50 is actually very nimble. In-game, you can reach speeds of up to 64 kph when driving on paved surfaces, or 44 kph on terrain. The tank has great power-to-weight ratio, giving the vehicle good acceleration and ability to easily climb hills and obstacles. The T-50 is also able to change direction quickly, allowing you to make sharp turns. This trait is useful especially when traversing large open areas, where you can zigzag to avoid enemy fire.

However, there are some big disadvantages. The T-50 had a three-man turret, which was quite advanced compared to older Soviet light tank designs, but due to small dimensions, it also meant that crew members were literally stuffed inside the turret with little to no interior space. In-game, this makes them very vulnerable to penetrating hits, as even solid shot rounds can easily knock out the commander, gunner and loader all at once, and as the gun mantlet is 40 mm thick and only slightly sloped, experienced players will often aim for the turret front.

The 45 mm main gun, while sufficient at reserve ranks, lacks the punch to be truly effective against opponents with thicker values of armour, with some tanks being possible to penetrate only at close range (requiring you to get up close and personal), and some nearly impervious (such as the M4A1 Sherman with its well sloped frontal armour). On the other hand, the T-50’s frontal glacis can be easily defeated by some guns at the given BR range, even at longer range – not to mention the short-barrelled PzKpfw IV medium tanks, whose HEAT shells can easily burn through your armour at any range.

The most painful weakness however can be its painstakingly slow turret traverse. As in real life, the T-50’s turret is hand-cranked, with a traverse speed of only 8° per second, which can severely hamper one’s reaction time, and will give you a hard time when tracking fast moving targets or trying to fire on the move. In summary, and given the pros and cons, the T-50 requires the ability to quickly adapt. When facing lower tier opponents such as the Pz.38 or the M5 Stuart, don’t be afraid to be aggressive, as you can take a hit or two, and you will have no trouble penetrating a lightly armoured foe.

But when tanks such as the Sherman, the Pz.IV F2, or any tank destroyer come into play, a more careful style of playing is required. Due to its speed and agility, the T-50 then works best as a fast flanker in Battle mode (as shooting from the side largely negates the lower performance of the gun) or as a zone capper in Break and Domination modes, allowing you to quickly cap and throw the enemy off balance.

It has excellent armor for a light tank and its inclination makes it more effective,
especially if angled properly, though one may fire at the hull "cheeks" during angling.

In real life, the T-50 was indeed a modern-looking tank, but it was plagued with issues, such as high production costs, an extremely cramped crew compartment, and serious reliability issues with the V-4 diesel engine, which designed specifically for the tank. Only 69 T-50s were manufactured, with most of them presumably lost either to mechanical failures or due to enemy action, and after deliveries of Lend-Lease vehicles started in 1941, the T-50 was quickly replaced by the Valentine tank, which was more suited for its intended role and was also easier to operate and was more reliable. In-game, the T-50 however can be a really dangerous and amusing little tank, if you play it smart. Further research will then lead you to the T-34 model 1940, the first vehicle of the legendary T-34 medium tank line.

Interested in how the T-50 performs on the battlefield? Check out this video made by the well known Digital Digging!

Commenting is no longer available for this news
Rules
ricnunes
10

The mini T-34's. Whenever I come across one in an AA unit, I know I will most likely not pen it.

sometimes if your lucky it'll even bounce the kugelblitz

Where is the "TigerI killer" pro point?