Ace of the Month - General Johannes 'Macky' Steinhoff
26 July 2016 Profile
Attention! This news was published on the old version of the website. There may be some problems with news display in specific browser versions. 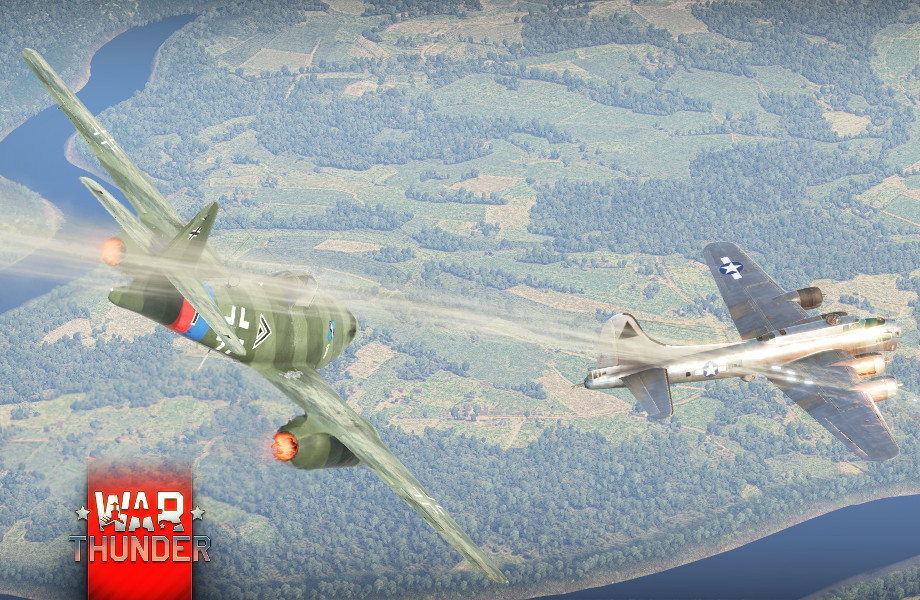 After showing an interest in aviation, Steinhoff transferred to the recently  reformed Luftwaffe in 1936 to begin his training as a pilot. Showing great ability throughout his training, he was selected for single seat fighters and upon graduation was posted to JG 26, which was equipped with the modern and deadly Bf109E-1. When Germany invaded Poland in September 1939 the majority of the Luftwaffe’s single engine fighter force were held in reserve, including most of JG 26. Steinhoff would not see combat until the winter of 1939 when he was scrambled to intercept a formation of RAF Bomber Command Wellingtons which was attacking the German fleet near Wilhelmshaven. Steinhoff shot one of the British bombers down in his first combat action; he repeated this feat shortly afterwards by downing two more Wellingtons in a single action.

Steinhoff was transferred to 4/JG 52 in February 1940, and fought in both Battle of France and the Battle of Britain. During this time he was squadron commander to the legendary Hans-Joachim Marseille, who he described as a phenomenal fighter pilot but more interested in chasing girls – a fact which resulted in him being grounded as unfit to fly on several occasions following late night nocturnal escapades. In a postwar interview published on History.Net in 2006, Steinhoff spoke with great respect and admiration about the pilots of every nation he faced in combat but described the British as tough, brave and the best pilots he faced during the war – an even match in terms of fighters which saw horrific casualties on both sides, including Steinhoff himself being shot down. Steinhoff would later criticize Goering’s leadership as one of the key factors which resulted in the Luftwaffe’s failure to achieve air superiority over Britain, and openly admitted to hating the Luftwaffe leader.

With six victories to his name by the end of the Battle of Britain, Steinhoff was a highly respected combat pilot, popular with junior pilots due to the great amounts of time and effort he put into coaching and mentoring his less experienced comrades. June 1941 saw JG 52 at the forefront of Operation Barbarossa – the invasion of the Soviet Union. Steinhoff shot down 28 enemy aircraft in the first month of the campaign and in August was decorated with the Knights Cross after shooting down 35 enemy aircraft. His post war comments about Soviet pilots were also highly respectful – he described them as disciplined and principled, and that their Guard Units had some of the very best pilots in the entire world. However, Steinhoff found the Eastern Front to be a far more brutal theatre of war than he had experienced in the west. The bitter Russian winter would also have paralyzing effects on Luftwaffe operations against the Soviet Union.

In February 1942 Hauptmann Steinhoff took command of II/ JG 52. In August he shot down his 100th enemy aircraft; February 1943 saw this total rise to an astounding 150. In March 1943 Steinhoff was appointed Geschwaderkommodore of JG 77, which saw a welcome posting to the Mediterranean theatre after nearly two years on the Eastern Front. However, the fighting was no less fierce and Steinhoff was shot down by Spitfires on his first mission after arriving to take command of his new unit as his fighters intercepted a formation of B-24s. This incident saw Steinhoff take to his parachute for the only time in his entire career, as he always preferred to attempt to nurse a damaged aircraft down to the ground.

Now facing American opposition for the first time, Steinhoff found new challenges to overcome. He believed American aircraft to be superior to all other opposition he faced, citing the P-38 Lightning as the most difficult fighter to face in combat and the B-17 as the toughest opponent to crack. In July 1944 Steinhoff was presented with Swords to his Knights Cross and in October he was posted to Kommando Nowotny to add his considerable expertise to the team of pilots which was developing tactics for the new Me 262 jet fighter. In December 1944 he took command of JG 7, but his new unit suffered appalling casualties during Operation Bodenplatte, the last attempt for the Luftwaffe to show force in numbers against the advancing western allies.

In early 1945 Oberst Steinhoff was one of several high-ranking Luftwaffe officers accused of mutiny for their overt criticism of incompetent leadership. Steinhoff had his command stripped from him and was sent to Italy, but soon returned to the Me 262 to serve alongside Adolf Galland in JV 44. On 18th April 1945, whilst taking off to intercept a group of American bombers, Steinhoff’s Me 262 struck a poorly repaired crater in the runway and lost its left wheel. His fighter crashed at the end of the runway and his 24 R4M rockets exploded. The ensuing fire disfigured Steinhoff for the rest of his life, resulting in 70 operations on his face alone over the course of many years. Steinhoff’s war was over.

After two years in hospital, Steinhoff would still not be defeated. He joined the post-war Luftwaffe in 1947 and rose to the rank of General, becoming Chief of Staff Luftwaffe in 1966 and Chairman of the NATO Military Committee in 1971. Still loyal to the men under his command first and foremost, Steinhoff introduced a new training regime for his jet pilots following reports of unacceptable accident rates experienced with the F-104 Starfighter.

In 1985, US President Ronald Reagan visited Kolmeshöhe Cemetery in Germany as part of the 40th anniversary of VE Day reconciliations. The visit became highly controversial after it came to light that the cemetery housed a number of Waffen-SS graves. To placate the situation, the president preceded this visit by first attending a memorial ceremony at Belsen Concentration Camp. Steinhoff was one of the individuals chosen to attend with the president; after standing to attention in front of the camp’s wall of remembrance during the laying of a memorial wreath, Steinhoff turned to shake hands with the American delegates, an act which was gratefully received by President Reagan.

Johannes Steinhoff passed away in February 1994, at the age of 80. He shot down 176 enemy aircraft, including 7 whilst flying jet fighters, and was himself shot down 12 times. Much of his life after his accident was dedicated to improving his country’s relationships with former foes and he is warmly remembered as a sincere and compassionate individual.

Commenting is no longer available for this news
Rules
GokSung
8

Great article as always. Keep up the good work Mark.

These articles make my days. Keep 'em up please!

Nice article ! Is there a chance for Erich Hartmann to be here one day?