The British Conqueror tank has already been represented in several game projects involving military vehicles of the mid-20th century. The tank is also presented in War Thunder. In creating the Conqueror model, we have probably used all documents available that describe this tank. As it turned out, public information on such a tank as the Conqueror is insufficient. The War Thunder developers found fresh archived information about the armour on the Conqueror’s turret, and we’re pleased to present a report about the work we’ve done. 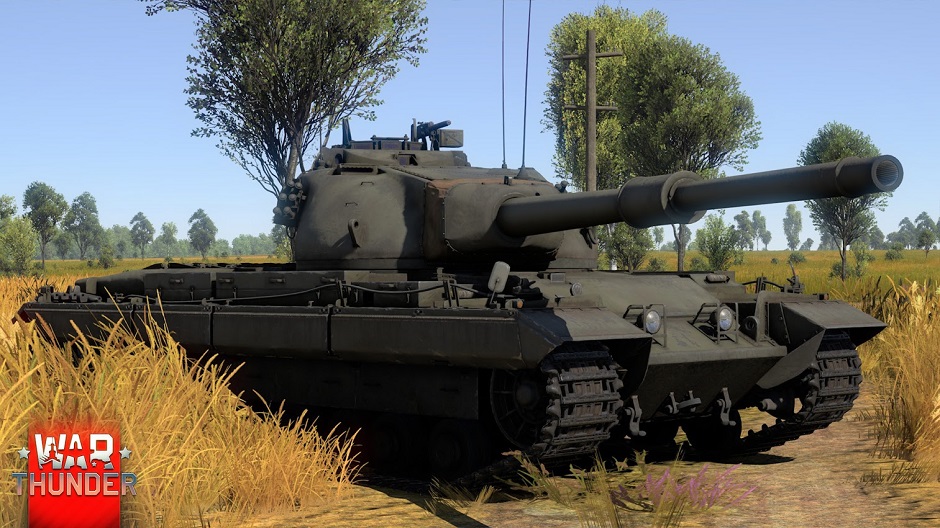 Both Russian and foreign sources are more or less in agreement on the design of the tank’s hull, but there is not enough information on the turret’s frontal armour. In Russian-language material, the most authoritative work on post-war armoured vehicles is the multi-volume “Russian Armored Vehicles” written by a group of former military personnel. Some chapters in one of the volumes are dedicated to the armoured vehicles of ‘potential enemies’ – Germany, the US and Great Britain. The Conqueror’s armour is presented there in the following diagram:

As far as we know, classified materials were used in the creation of this document. It is possible that information on the armour thickness was taken from the specimen in the Kubinka tank museum. However, the diagram (particularly in the part describing the turret) looks oversimplified, and the armour defense parameters are strange.

To elaborate, the majority of post-war British tanks, including the Conqueror, were designed according to the requirement that they must be able to withstand a hit from a Soviet 100 mm D-10T cannon, the characteristics of which were known to the British. For the Conqueror, the requirements were rather restrictive – protection must be provided against 100 mm armour-piercing shells fired at close range. However, it is obvious that a 150 mm armour thickness on the front of a turret of this shape could not provide such protection.

At the same time, publicly available foreign sources (for example, ‘Conqueror’ (by Rob Griffin), ‘AFV Weapons: Conqueror Heavy Tank’ (by Michael Norman) corresponded to the diagram above quite closely in terms of hull design, and also said little about the defenses on the front of the turret:

In search of information, we obtained official usage manuals and various test reports, but the data we needed about the tank’s armour was not present in them. We then asked The Tank Museum at Bovington whether they have any data on this tank. Fortunately, the museum’s archive contained the documentation we required urgently!

After a quick study of some extracts from the documents for preview, it became clear that the turret was much thicker than in both our in-game models and those of our colleagues in the gaming industry. According to our estimates, based on data from the document extracts, we were looking at around 10 inches of armour at the front of the turret.

Unfortunately, negotiations continued up until the eve of the New Year holidays, and the museum employees went on Christmas vacation. We received high-resolution copies of the documents only after the New Year, and now the British Conqueror tank has received more precise armour on its turret in our game. In a ten-degree area, the thickness of the turret reaches 314 mm (12.35 inches), meaning the Conqueror has received 60 mm of additional armour in this area of the turret compared to the previous stats. This sector is easily visible on this diagram:

The 30 degree angle frontal section - the turret armour has become thicker, right up to 11 inches (279mm)

The Conqueror armour update has been introduced in our recent update and already implemented for the in-game model.