This is the final entry from a series of Max Lachmann’s diaries, where he reveals his adventures whilst recording the authentic sounds of real military vehicles for War Thunder. Max tells of his experiences recording U.S. military ground vehicles in Texas.

During my search for World War II ground vehicles to record for Gaijin, I came across the name of a private collector in Texas, US. His name was Brent Mullins, and he seemingly had a very nice collection of old US tanks, amongst other things. 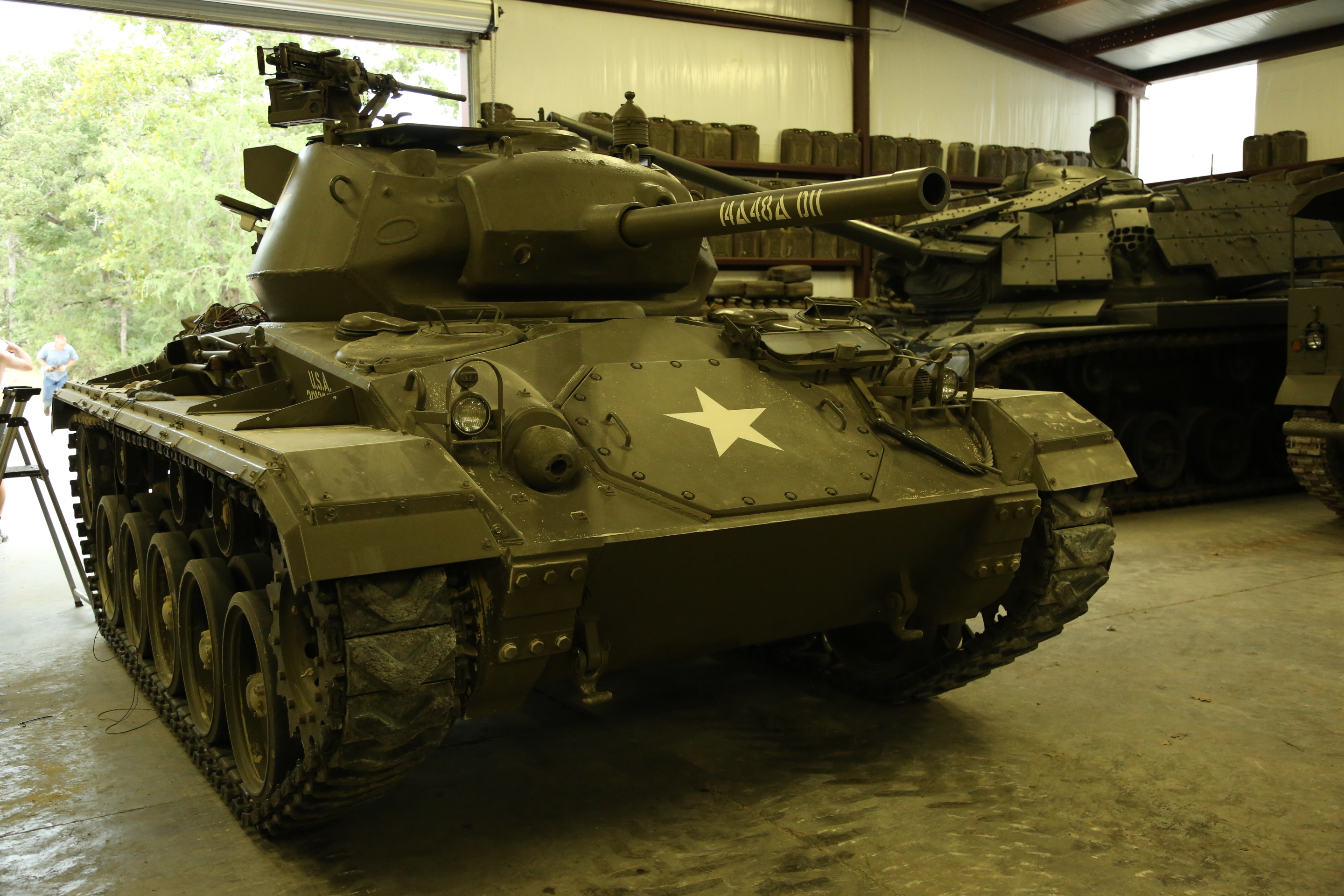 He seemed to be a very hard man to get hold of, but after some emailing and phone calls, we agreed on a date on which we would come over to record sounds from the M8 Armored Car, M5 High Speed Tractor, M5A Stuart Tank, M24 Chaffee Tank, M18 Hellcat Tank Destroyer, M4A1 Sherman Tank, M4A3 Sherman Tank, M16 Halftrack and a 105mm Howitzer Gun. As my girlfriend was expecting our baby in early October, I wanted to go in August at the latest. Brent advised us to come later, as the month of August in Texas is very, very hot and humid. For me, a later date was not an option, so we booked our trip for August, and let me tell you, Brent was right. It is one of the hottest and sweatiest jobs I have ever done, a job which included recording in the jungle.

This was the first trip where Pavel asked us to bring a cameraman, after realising that the footage we were getting ourselves with fixed GoPros wasn’t showing enough action. So I asked a friend of mine, Richard at Bröderna Blom, to join us. On the 11th of August, Bernard, Richard and myself left Stockholm and flew to Houston via London. As always, I chose to fly British Airways, since they allow decent cabin and luggage allowances, which means ‘overweight’ charges, but more importantly, if any of our checked-in luggage got lost, we would still have enough gear in the cabin allowance to be able to record anyway.

After arriving in Houston we went to get our rental car. The guy at the desk asked us the usual questions, like if we wanted the extra insurance to be fully covered, which we agreed on. I asked the guy if that covered everything, and he confirmed it does. ”So if the car gets run over by a tank, we are covered?” I asked him. ”Yes you are”, he replied. A few minutes later, before we took off, the guy asked us what we were doing in Texas. ”We are here to record the sound of armoured vehicles at a tank museum” we answered, and the all of a sudden, the very nervous face he gave us was priceless! That was a good laugh! We didn’t give him any trouble though, the rental car was thankfully intact on its return, though a bit dirty. I am sure it would have made a great sound though - running it over with a tank!

The tanks were located at the Museum of the American GI in College Station, a couple of hours drive north of Houston. We arrived at the museum early, ready for the first day of recordings. It always takes some time to meet everyone, find a good stretch to drive, talk to everyone involved into helping with what was needed, organising what we ourselves needed to do, and so on. Eventually, we got started. Helping us out was our excellent tank driver Sean, one of the best ever to work with. Now we realised how hot it was. We bought huge amounts of bottled water to cope. I soon realised that it was better to save my t-shirt and wear it for lunch, and go without it during work. We hung our wet shirts to dry on cannon barrels in the garage.

Being a bit worried about snakes in Texas, I asked Sean about it. He told me there were no rattlesnakes, but copperheads. On my questions regarding whether they were dangerous or not, he simply replied ”they are not gonna kill ya, but they are gonna make ya wish they did”. Very comforting... To make us feel better, he said that they are only in the high grass, so as long as we stayed on the road we would be fine. Since I was the one to do the exterior recording, I was positioned along the road stretch ready for when the tank passed by, so I kept looking for the snakes all the time. Eventually it got dark, and I figured at least they wouldn’t be out in the dark. Once we were done we put all our stuff in the car and went back to the garage. Just before parking the car, I turned my head and saw something crawling on the road, and my fear became a reality… As it turned out, they indeed ‘were’ active at night too, so I was all wrong to feel safe when it got dark. On top of that, it was not even in the grass like Sean had told us. From that day onwards, we continued to spot snakes every day and never in the grass. Not to mention the scorpions…

Besides worrying about the snakes, a few neighbours were complaining about the tanks ruining the road, and then there was one case where we ran out of gas. Other than these instances, work was smooth, much thanks to Sean who did everything he could to assist us in opening hatches, intakes and whatever we asked for. So we had a couple of microphones in the engine, one in the intake, a couple inside, a few by the exhausts, and one on each side by the tracks. We had two turning points and a long stretch, with microphones by both turning points, and me positioned in between with a number of microphones.

On the last day we were supposed to record the M-16 Halftrack, but due to heavy rain the night before, they could not get it out of the new museum building. The roads were not complete yet, and they were worried it would get stuck. So we had to give up on that one. Instead we went on to record one of the Howitzers being fired. 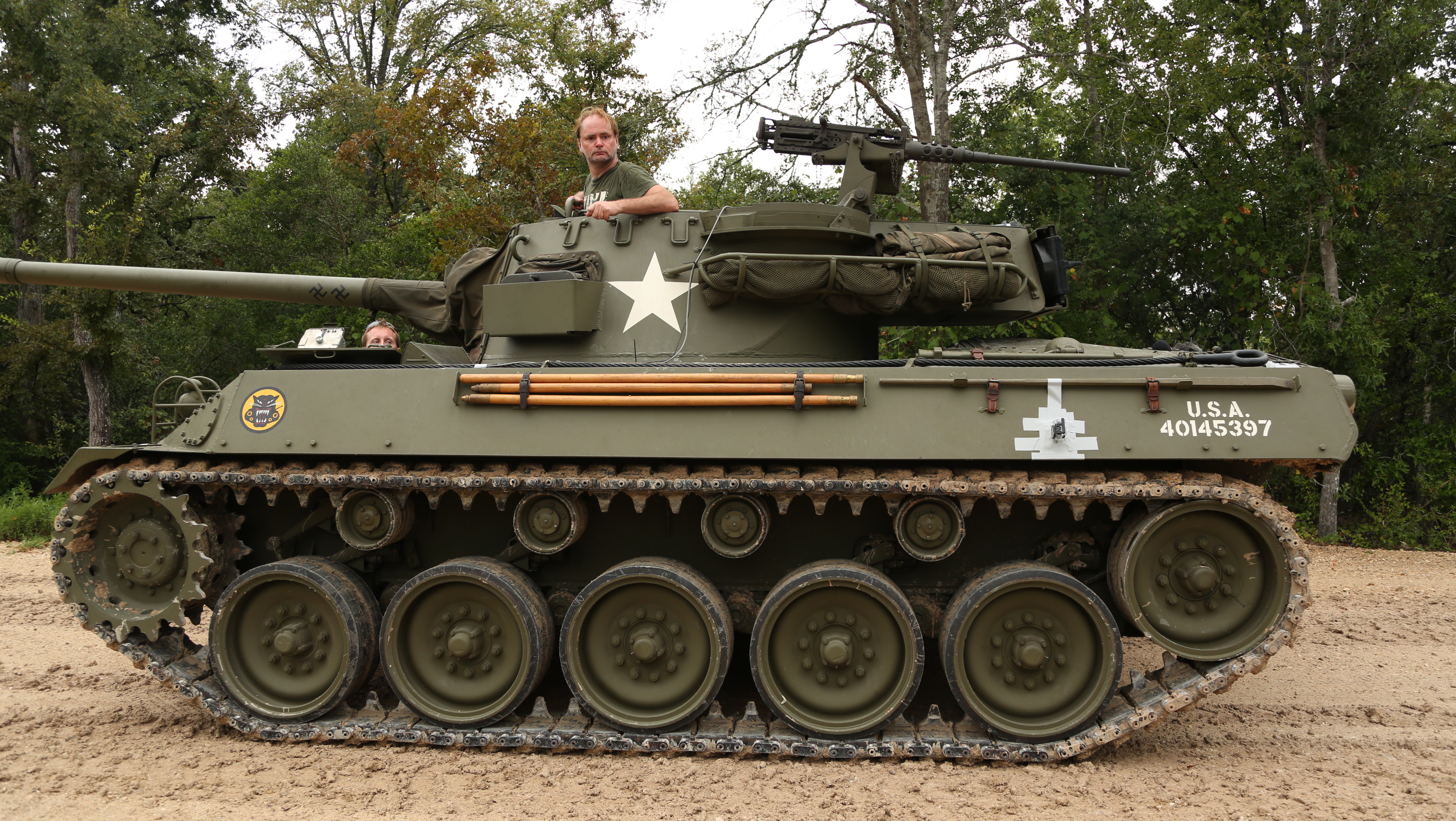 Going through airport security with gear that has been close to guns being fired, is always exciting. And since we keep the recorders in our carry-on luggage, they are always scanned for explosives. A few moments of excitement, but all was good and we could head back home with some great memories, a new friend and some successful recordings.