We continue to publish series of diaries of Max Lachmann about recording authentic sounds of real military vehicles. This time Max and his colleagues go to France where they find the only remaining “Tiger II” in working order. Before this trip he practices his French skills and in the end gets champagne from a French girl.

We had already recorded a nice collection of World War II fighter and bomber aircrafts for Gaijin, when Pavel turned to Pole Position Production with another request. They needed authentic World War II tanks recorded. Excited by the unique challenge, I couldn’t wait to get started doing the research. It didn’t take long until I understood that one of the best resources for this, with the biggest collection, was at the Musée Des Blindés in Saumur, France. I also learned that they were in possession of the worlds only operable Tiger II, the legendary German tank. 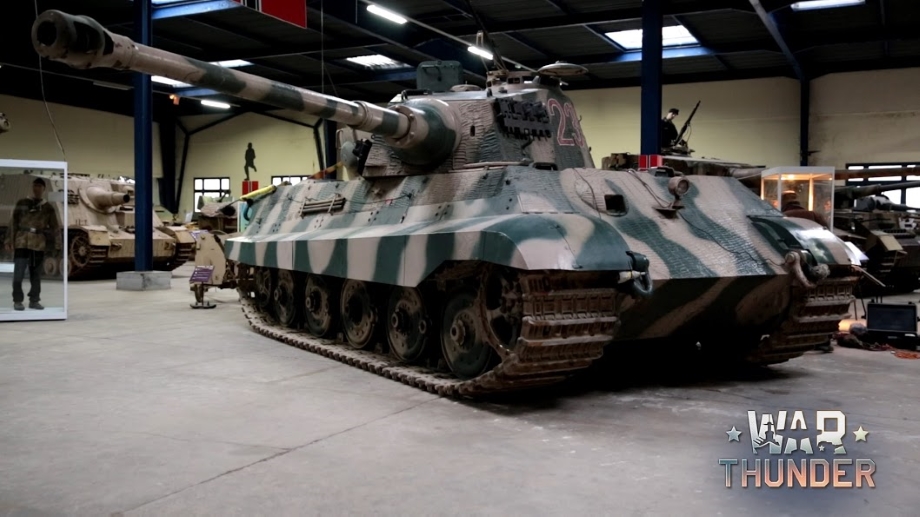 On their website I found a contact form, which I filled out, writing in English, presenting myself and the company, and explaining my purpose. A few days went by before I got the answer, all in French. Since my French language skills comes down to some swearing words, I was a bit puzzled considering my options. Having a few French speaking friends, I had them translate it for me. The problem was trying to answer the email. Initially I wrote answers, that my friends translated, but this quite soon turned out be a too slow process. I then used Google translate to translate my replies, knowing that they would not be perfect but hopefully understandable. This worked for a while, until they finally asked me to call them. I knew Google translate wouldn’t be of any assistance when trying to speak to them. So what to do? It turned out we had a French ex-military connection in our network, Dominique Ruer, and we simply handed the communication over to him. This was crucial for how everything worked out later. He did a fantastic job, communicating with the museum on almost a daily basis, to explain our needs, find out what was available to record, work out budgets, sorting agreements and insurances etc. So after a long process we finally got a nice list of possible tanks to record, which I passed on to Pavel for him to take the decision. He decided on getting the Tiger, of course, along with a R35, B1 BIS, Somua S35, H39, TD M10, Valentine, Hetzer and a Panther.

Due to the number of vehicles to record, we realised we would need a full week to manage, and to have any chance to work around the possibility of bad weather and other technical circumstances that can occur. It is for instance not unusual for these old machines to be a bit tricky to start now and then. So we came up with a timeplan that we sent to the museum before our arrival, that was planned for January 2014. I had the Tiger planned for day 2, since I figured that was the most rare object. By having it planned for day 2 they would hopefully have learned the procedure by then, with all the manouvers we needed, and still have time to fix it for a few days if any technical issues would arise. This time we would bring a camera man from the UK, since our usual photographer was not available, and we were lucky to get the very talented Nick Kelly to help out. And likewise with the Lancaster, we had Eilam Hoffman helping us out, too. I arranged for them to arrive from London to Paris by train, while Bernard flew from Stockholm to Paris, got a rental car, picked up Eilam and Nick, and driving the three hours down to Saumur. Since we understood that the communication would be a problem, we also brought along the immensly helpful Dominique, to make sure we would get the best possible result without the language getting in our way. 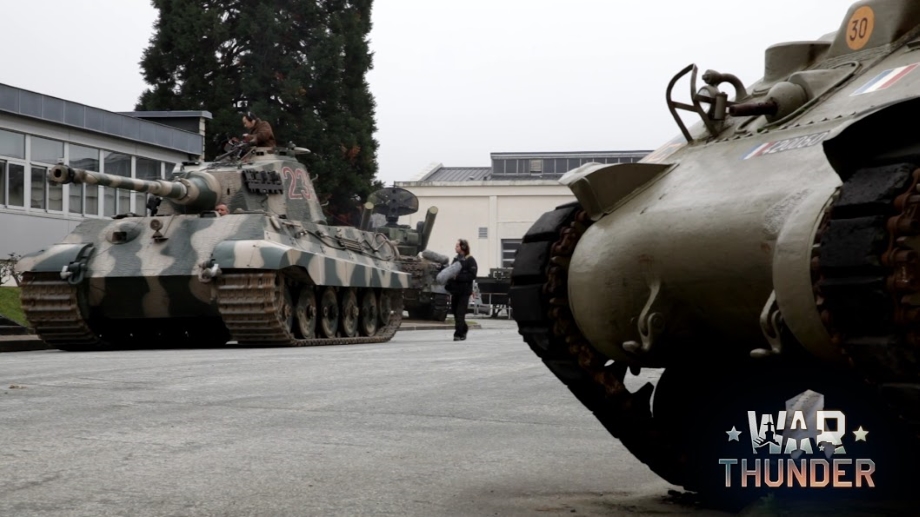 We arrived to the museum early Monday morning. The recording area we were referred to use was the road in front of the museum inside the gates. It was a bit small but we did a layout for how the microphones should be positioned to get the most out of the tanks. This time we decided that Eilam should have the onboard recordings as his main responsibility and I took care of all the others. Eilam had put together a big rig of equipment with all different colored cables to make the swap between the vehicles easy. He had three recorders with a total of 18 channels onboard.

We decided to have a start & stop point with microphones in the middle of the relatively short straight were the tanks always proceeded from. In both ends of the straight we put microphones to capture the turnarounds. We had a plan of where to put what mic and started then immediately to rig the first vehicle. Nick had to figure out his filming and picture taking very much by himself and Dominique got the roll as main ”playleader” as he mastered this difficult language. It was very neccesary that the drivers understood what we wanted and did not miss any of our parts in the driving list. The first vehicles took as usual a bit longer until we worked up the skill in microphone placing.

The second day we started with the mighty Tiger II in the morning. It was located in the museum and the sound inside was deafening. The museum personal was very helpful and we even succesfully started the vehicle by cranking. Amazing machine! Second tank on Tuesday was the Panther which also turned out to be a monster.

The weather was not perfect every day and we unfortunately had some rain which makes everything a bit more complicated. No microphone really likes to be wet so we had to run with towels and plastic bags back and forth to keep everything as dry as possible.

All in all the recording days went on fine (but sometimes a bit stressful) and by lunch on Friday all vehicles were recorded succesfully. We then took a tour in the museum and the girls working in the museum invited us for a glass of Champagne. A good finish on a challenging week!