We recently described our new ground vehicle location, the Reichstag. Today, now that the work of our artists, programmers and game designers on this location is coming to a close, we're going to make a quick journey into the very centre of the battle for the last bastion of Nazi Germany — the Reichstag. 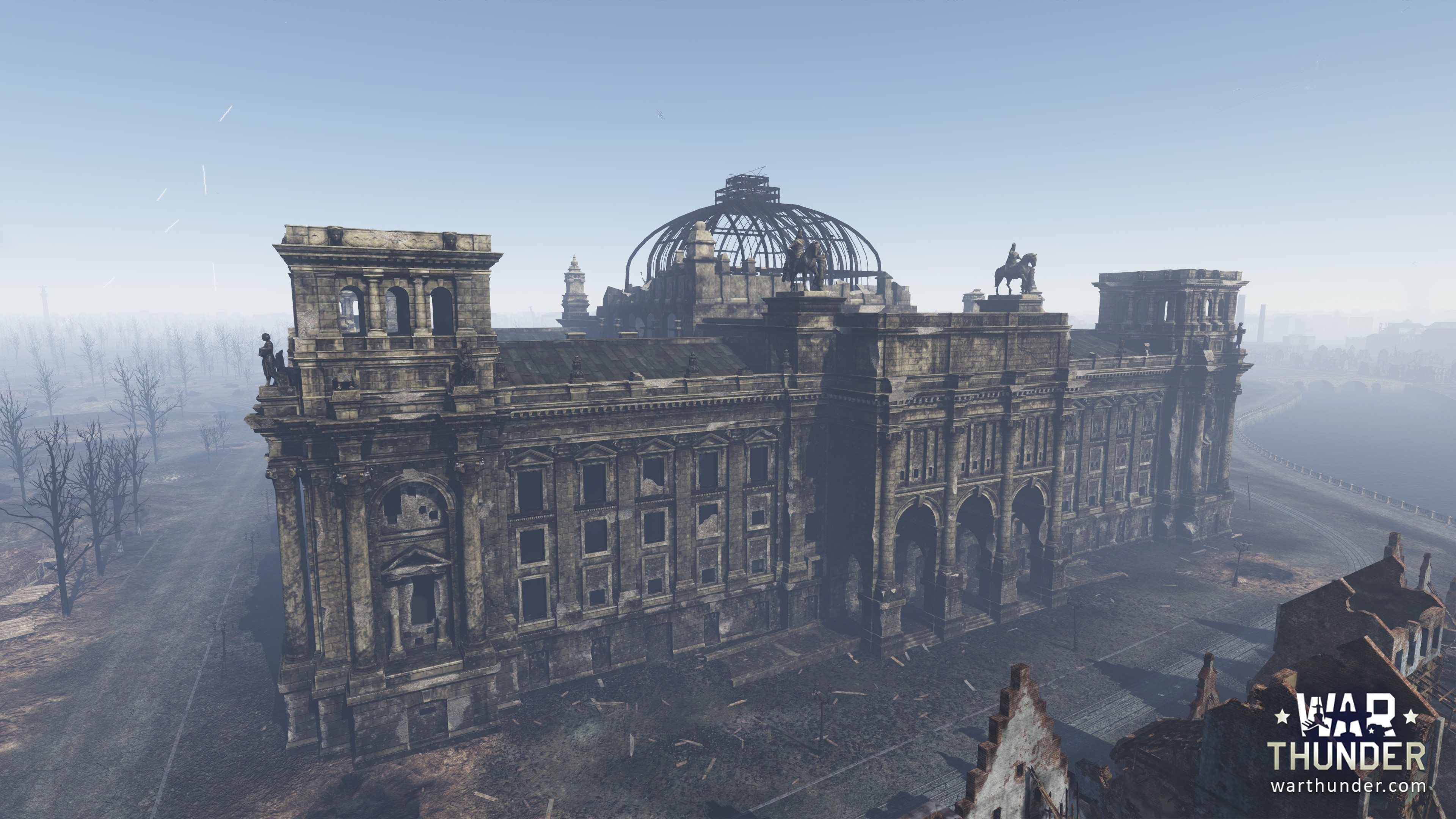 Berlin, 1945. When you find yourself in this vanquished city, it's easy to forget that you're in front of a computer screen. The atmosphere of war is conveyed so precisely that from the very first moment, you start to feel the heat and smoke of the fires, the soot and the smog. All around are the burnt out remains of tanks and aircraft, traces of bombing and artillery fire—the entire zone is saturated with war.

The once peaceful riverbank bristles with the teeth of ruined homes, the pavements are hidden under a layer of thick dust, and the trams sit silently on their lines. But it only seems as if the city is dead.

A cannonade of artillery fire crashes and booms, aircraft propellers cut through the scalded air, and tanks crash through the streets on their way to the final assault. 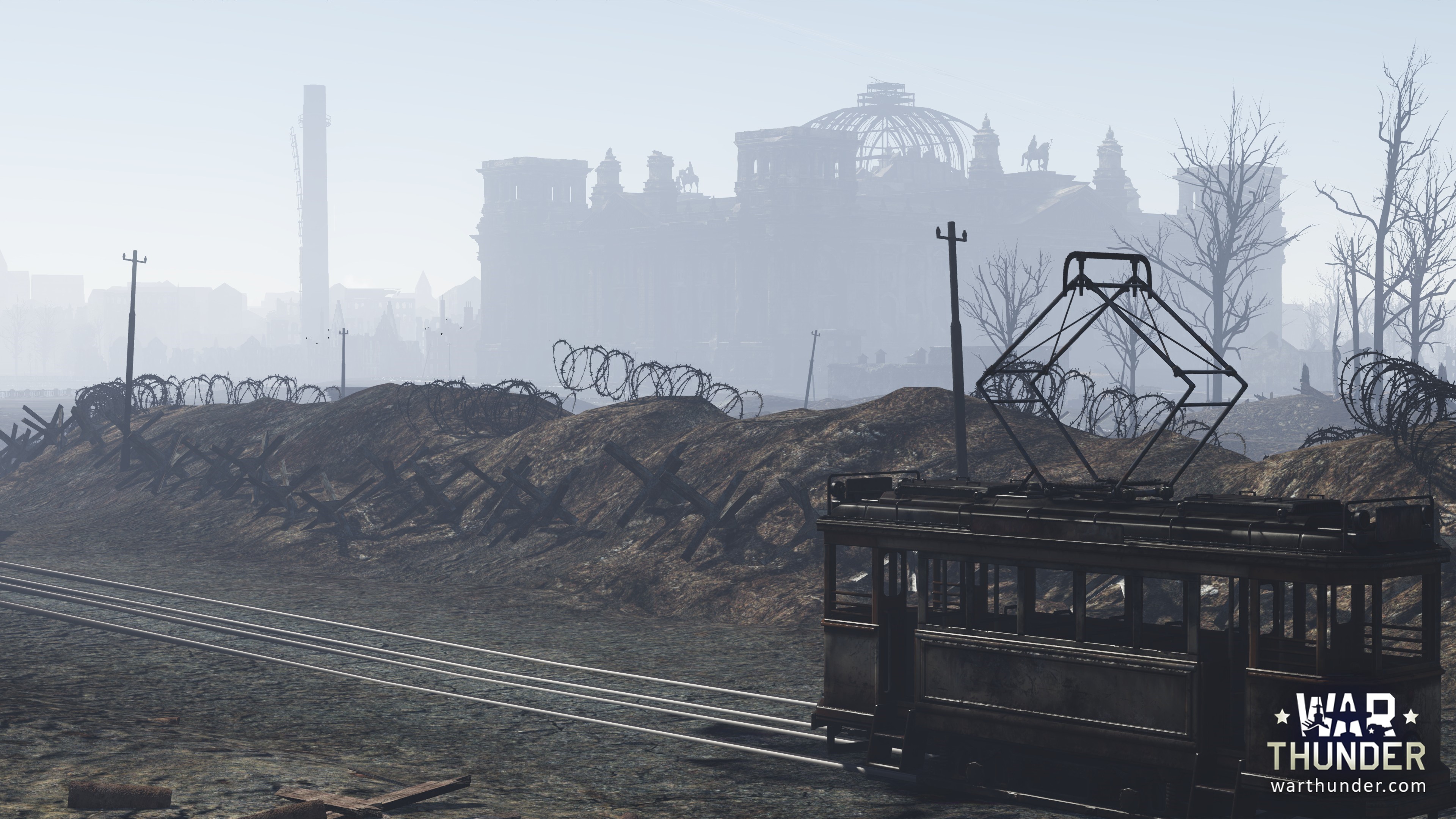 We already mentioned that this is the first tank location that takes place exclusively in a city, and that the centre of the battle will be on the open square outside the Reichstag, which the opposing teams will fight for.

But even in the centre, you'll be able to find cover behind the city's warehouses from tank destroyers waiting in ambush. Among the remains of the buildings and alleys, an experienced commander is sure to find a route through to the enemy's flank or a way to distract their forces. It'll be hard to hide from aircraft among the burnt trees and the destroyed squares, so allied fighters will have to protect their tanks from enemy assault aircraft and bombers.

The rest you'll want to see with your own eyes.

Please note that this location is still in development, and the screenshots shown may differ from the final version.