Meet the aircraft prize of the upcoming season! A Premium winter version of the Bf 109 F-4 coated with a livery of the most effective Hungarian ace Dezső Szentgyörgyi!

Dezsö Szentgyörgy, who scored according to various estimates, about 30 confirmed air victories, is the most effective Hungarian fighter pilot in history. He was never shot down and did not make a single emergency landing in his war career. Dezsö dreamed of the sky since childhood - at the age of 18 he volunteered as an aircraft mechanic, and soon trained to be a pilot. He fought on the Eastern Front and in Europe, making his final sorties in April 1945. After the war, he worked as a commercial aviation pilot, and died in a plane crash in the sky over Denmark a few weeks before retirement. In honor of Szentgyörgy, a military air base in the Hungarian Kecskemét is named. His Messerschmitt Bf 109 is sculpted on the pilot's gravestone in Budapest. 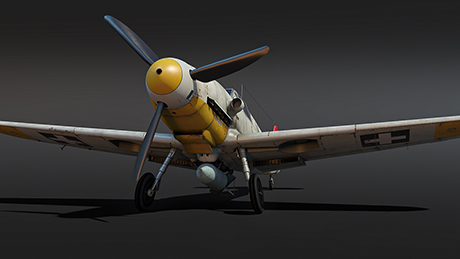 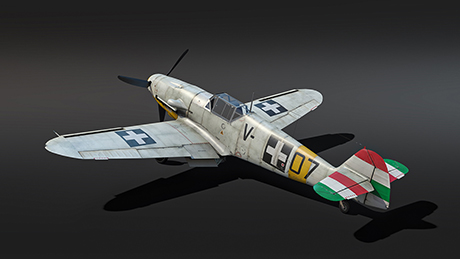 The premium winter Bf 109 F-4 will be the main aircraft prize in the new season of the War Thunder Battle Pass, the fighter will appear at rank III in the Italian aviation tech tree. The legendary Friedrich needs no introduction - the piston fighter is famous for its excellent flight characteristics and is the favorite choice of a number of War Thunder pilots. Good climb rate, high speed at altitude, low energy loss in a turn and good armament make this aircraft truly versatile for solving the entire range of fighter missions at its rank.

The winter version of the Bf 109 F-4 with the livery of the most successful Hungarian pilot, Dezsö Szentgyörgy, does not have landing gear covers - the Messerschmitt pilots often removed them when taking off from winter airfields in order to avoid snow clogging on the landing gear. The forward armament remained unchanged - the 20mm MG 151 motor-cannon and a pair of rifle-caliber machine guns. In addition to machine-gun pods and HE bombs, the Flam C250 incendiary bomb appeared in the arsenal of suspended weapons to destroy convoys of light vehicles.

Patrolling the upper floors of the sky, boom-and-zoom, vigorous vertical dogfights - this is what the F-4 was designed for! A beautiful aircraft patiently forgives many mistakes of the pilot, battle after battle becomes more and more dangerous in his hands. The premium Hungarian Bf 109 F-4 will be a great addition to the early ranks of Italian aviation and one of the best opportunities to start researching the Italian lineup. Try it! In the meantime, we will continue to introduce you to the other prizes of the upcoming Battle Pass season and the full list of rules - coming soon! 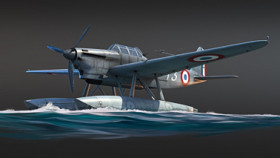 Unless you're going back to 4 vehicles per Battlepass or the Ground Vehicle is amazing this is the second BP i'll be skipping, seriously underwhelming so far. No one will use the boat and this 109 is so meh it hurts.

I'm hungarian and I'm happy to see it, but cmon... basically copy-paste.

Gaijin, I'm not impressed. This is literally just a reskin. Don't get me wrong, I like this model of the 109, but making a completely unmodified Bf 109F-4 a battle pass plane just because of a skin? That's lazy. As an almost pure air forces player, I don't think I'll bother with this one.

Im actually happy for this one, love the Bf 109’s. And as an Italy main, this make me happy. Hope to see the Bf 109G6 in the future for Italy as well.