The Russian-built Tor-M1 surface-to-air missile system comes to the game as a new top-tier SPAAG in the Chinese tech tree. The vehicle brings new mechanics in launching missiles and tracking targets - check ‘em out!

The "Tor" short-range surface-to-air missile system was put into service with the Soviet Army in 1986. At that time, "Tor" was one of the most advanced air defense missile systems in the world, but almost immediately after commissioning, the Antey Concern initiated an upgrade program. As a result of the modernization, “Tor” received an additional fire control channel, the kill ability of the missile warhead increased, and the algorithms for hitting low-flying targets were improved. The updated system designated Tor-M1 was successfully tested in 1989 and soon after entered service with the Russian army in 1991. At the moment, Tor-M1 is serving in the Russian army, as well as actively exporting. 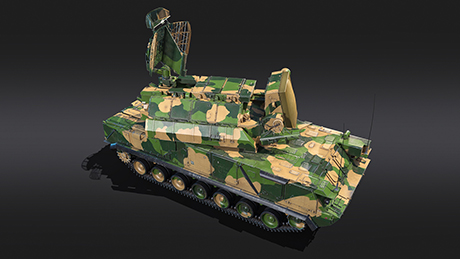 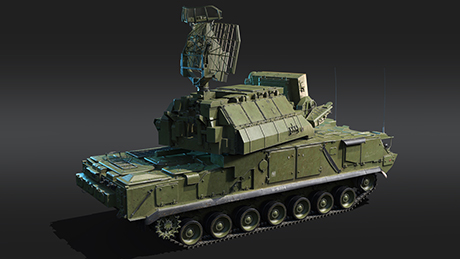 In War Thunder, the Tor-M1 missile system becomes the top SPAAG of the Chinese armored vehicle tech tree. This is the first SAM SPAAG with vertical launch in the game, as well as the first system capable of firing two missiles at one target or indeed different targets.

With the introduction of the Tor-M1 with vertical launch, a new target engagement mode has been added to the game - the half-lead mode. This mode targets the missile at a lead point along the course of the aircraft, and requires the distance data to the target. The half-lead mode allows a reduction in the available overload when firing targets with high course angles. Commanders of the Tor-M1 have a choice between the classic three-point guidance mode and the half-lead mode, or it can just put the automatic choice of the guiding mode. You can toggle the targeting methods by assigning a button to the “Switching missile targeting lead method” option in the controls menu.

Tor-M1 is capable of engaging two missiles at one or two different targets. To do this, both targets must be in the 15x15 degree sector, and the second target has to be selected with the “Select Radar/IRST target to lock on” button.

Missiles in the Tor-M1 have a mortar-like launch, and do a zoom-climb while being fired at the low targets to avoid collisions with objects on the ground.

Tor-M1 is a purely anti-aircraft vehicle, it almost does not have the ability to hit armored vehicles (the deadzone range is about a kilometer), there are not even machine guns to mark a target for allies. With its huge radar, the Tor-M1 has a very high profile, so commanders need to use proper cover against enemy tanks. In addition, you should also remember about the limited Tor-M1 ammunition capacity, which is only 8 missiles.

But all these are not as relevant as Tor’s combat abilities. In fact, only Tor-M1 is able to cover the entire team against enemy aircraft. The missiles engage any air target at any altitude or speed, while the extended control flight time allows you to hit targets at distances up to 12 km!

Tor-M1 is already available for research in the Chinese armored vehicles tech tree. This is one of the most technologically advanced combat vehicles in the game - be sure to try it in the game!

the fact that the soviets didn't also get this even though it is their SPAA is pretty disapointing.

Sadly the TOR M1's missile are: -Fairly easy to dodge -Really easy to spot due to massive smoke trail -It doesn't have Thermals - Radar doesn't pick up drones at all because once again they spawn way to high up. So sadly, no. it won't shield you from enemy aircraft that well. And defenitly not the entire team LOL

Wow, it has been a literal day and we are on the next devblog season, I'm excited for the next update!

I will try it in game just send me free ZTZ96P

Other than some bugs with the radar and some missing things from the vehicle itself, very decent SAM for China. I played it for about 8 hours yesterday and it can be very versatile, especially when engaging helis. The ability to engage 2 targets at once is very nice, or you can fire 2 missiles at the same target in succession to make it harder to dodge the second one. Overall 8/10, I hope to see some bug fixes on this eventually to make it a solid 9 or 9.5 for me.