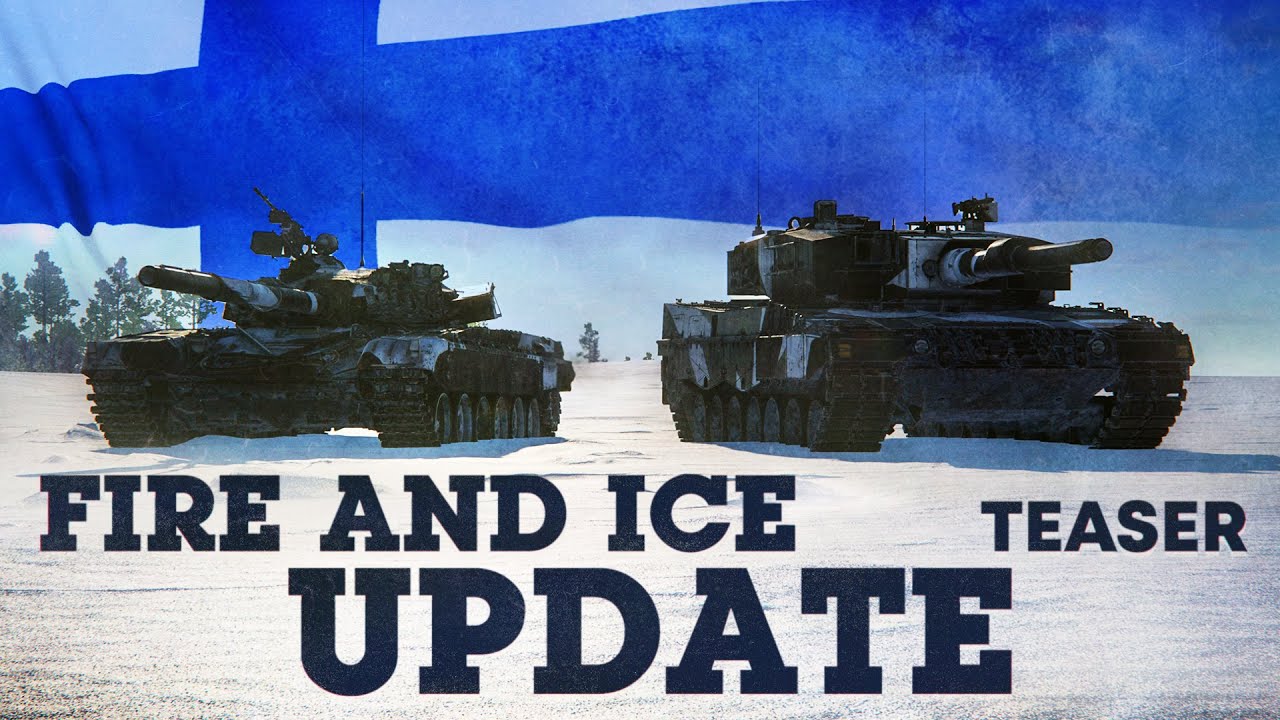 In the upcoming War Thunder “Fire and Ice” update, we plan to introduce lineups of Finnish aircraft and ground vehicles as part of the Swedish tech tree!

The armed forces of Finland began to develop rapidly immediately after the country declared independence in 1917. In 1928, the army purchased the first three Gloster Gamecock biplanes; in the early 1930s, Finland obtained the first tanks and armored cars imported from foreign countries. The first full-fledged military conflict that the Finnish army took part in was the Winter War against the USSR, and a year after the signing of peace, the Finns countered the Soviet Union again, this time as part of the Axis coalition. After the end of World War II, Finland took part in peacekeeping missions and military campaigns of the West, including Lebanon, Iraq, and Afghanistan.

Since the Finns considered it too expensive to create a domestic military industry, most of the combat vehicles, both aerial and ground, are imported. Finnish lineups bring a huge variety to the Swedish vehicle setups for all game modes. T-34, Pz. IV, Pvkv II and Bf 109 in one setup? Easy! Drive out in a Swedish Strv 103, then take a British Vampire with bombs, and complete the battle in a Soviet T-54? As you wish!

In addition to the machines already familiar to players, the Finnish lineup offers vehicles yet unique to the game. The British Vickers Mk. E light tanks have found little use in their homeland, but were welcome by foreign operators, including Finland. The BT-42 is an odd but very interesting conversion of captured Soviet BT-7s into an SPG with a British 4.5-inch howitzer and a turret of a domestic design. These vehicles are work-in-progress, and we plan to introduce them in the upcoming updates.

Finnish aircraft, tanks, and self-propelled guns will be a great help to Swedish tankers and pilots! Stay tuned for the full list of new vehicles by the release of the next big update - it comes very soon!

yall know you will have to make a specific song play when viewing the BT-42 right, it is too connected to not

Are you singing what i'm hearing?!

i cant wait for this, as a finn even the addition of the swedish tree was exciting. hopefully we get a modernized draken with flares at some point too.

As a Swed. I'm looking forward to get some reinforcements from our Finnish neighbors. And to play both their air and ground vehicles. Many unique and interesting vehicles they can add in future patches.

Very cool and deserved addition to the Swedish tree which will fill some holes. I'm hoping for Draken 35XS, CV9030FIN, BMP-2MD, and some Sisu variants! :)

If Finland isn't its own nation, which it should be, rename the nation to Nordics which also would open up some more nations to be added

I hope you add more subnations to different tech trees, Spain and/or Romania for Italy for example.