Prototype of a light airborne tank designed for fire support for infantry will be the main ‘tank’ prize of the upcoming crafting event!

In 1985, the American FMC company created a prototype light tank CCVL (Close Combat Vehicle, Light) under the AGS (Armored Gun System) program to provide airborne light armored vehicles to support infantry forces. To reduce the overall weight, aluminum alloys were widely used in the design, resulting in a protection effective only against shrapnell and machine gun fire. The main priorities of the project were its high mobility, advanced military technologies, as well as the use of components already mastered in mass production. The main gun was supposed to be the 105mm M68A1 rifled cannon with a reduced recoil, an electric drive and an automatic loader. The CCVL digital fire control system included stabilized sights for the gunner and commander, both equipped with thermal imagers. The main components of the power plant were borrowed from the M977 HEMTT tactical truck, the transmission was taken from the M2 Bradley IFV. During the development, at least two CCVL prototypes were built due to the increased cost of the project, further development was suspended. However, the technologies tested on the CCVL allowed the FMC to develop later a XM8 prototype, as well as an export VFM 5 (together with the British Vickers Defense). The only surviving CCVL prototype is on display at a private museum in California, USA. 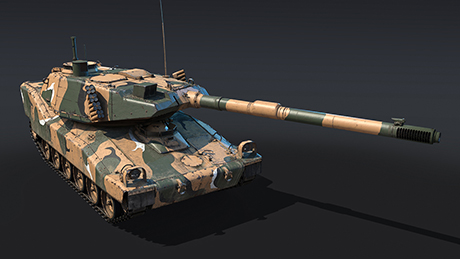 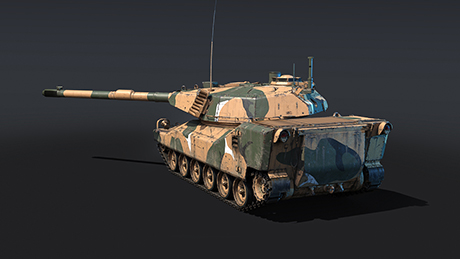 And here is the main "tank" prize of the upcoming crafting event - the CCVL experimental light tank. The vehicle was designed as an airborne one, so it is compact and has low weight, and features only bulletproof armor, while possessing excellent armament and remarkable driving performance. It's a mean little scout!

The CCVL is the direct ancestor of the AGS, VFM 5 and XM8 light tanks already known to War Thunder tankers. The light chassis gains quite a high power-to-weight ratio, allowing the tank to perfectly overcome off-road terrain, climb hills, and quickly get up to maximum speed.

The tank is well-armed. The 105mm cannon, familiar from the AGS and early M1 Abrams tanks, supports ammunition for all combat situations, including smoke and a couple of fin-stabilized AP rounds. Reloading is fast, thanks to the automatic loader; the electric turret drive makes it easy to target the weak spots of opponents in close combat, even while moving. The modern fire control system includes a stabilizer and thermal imagers both for the commander and gunner.

The survivability of the CCVL depends entirely on mobility and skillful use of cover. The fact is that aluminum alloy armor can easily be penetrated by all types of ammunition, except for machine guns and shrapnel. The crew of the tank was only three members. In general, if you get caught in the enemy's sight, there will almost never be any hope of a return shot. CCVL must move to live!

Get yourself a special event tank just by playing the game! The autumn crafting event is happening soon! We will continue to tell you about other event prizes - stay tuned for our news and social networks!

Really, Gaijin? We already had the XM8 as an event vehicle why couldn't this near identical tank be in the tech tree?!

Like... seriously? Another US prototype light tank? I just facepalmed myself into another dimension.

Looks Great hopefully it will be more of a part time job instead of a full time job to get it. Cough cough Moderna 😀

We can talk below devblog again！

Wow, Fantastic addition. The USA has so many light tanks and IFV prototypes, its nice to see these added.

Meh light tank not worth pain of grinding crafting event

No kidding. Top prizes are a ship and a light tank? No point in maxing out this event.