The Pvkv III is an experimental tank destroyer, developed as part of Sweden’s efforts to equip its military with new combat vehicles based on existing platforms. Arriving in War Thunder as part of the next major update, the Pvkv III will reinforce the Swedish mid-ranks with another highly capable tank hunter!

Briefly: A prototype Swedish tank destroyer based on the Strv m/41 light tank, fitted with a 57mm anti-tank cannon.

At the beginning of the Cold War, the Swedish military was looking to equip its armed forces with new armored units. However, as the state budget didn’t allow for the procurement of completely new units, the military resorted to converting existing chassis into new vehicles. As a result, a range of experimental vehicles were hastily designed and tested to act as a stopgap measure until more modern equipment could be acquired.

Among these vehicles was the Pvkv III - a Strv m/41 converted into a tank destroyer by having its old turret replaced with a new one, housing a dedicated 57 mm anti-tank cannon. Differing only from the Pvkv II - a vehicle we already covered in one of our previous articles - by the weapon choice and by the intention to act as a stopgap itself for the Pvkv II until its production could be ramped up, all vehicles underwent testing in the early 1950s. Despite proving itself as a capable vehicle during these tests, the Swedish military soon adopted the Strv 81 into service, making further work on the project redundant and thus leading to the project’s cancellation soon thereafter. 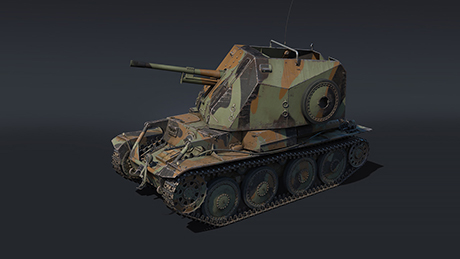 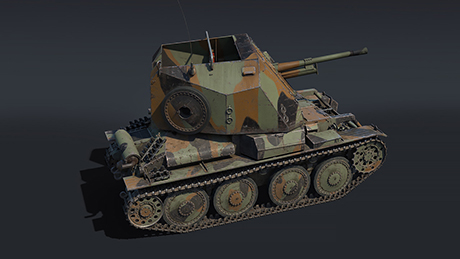 In War Thunder, the Pvkv III will be a new tank destroyer awaiting players at rank II of the Swedish ground forces tree in the upcoming update. Being based on the same chassis as the all too familiar Pvkv II, the new Pvkv III features a smaller, yet no less deadly 57mm cannon while retaining the chassis’ signature good mobility and compact size.

The main and virtually only difference tankers will note on the Pvkv III coming from the predecessor is the tank’s main weapon. Namely, engineers outfitted the Pvkv III with a smaller 57mm cannon instead of the 75mm one found on the Pvkv II. As a result, tankers will be faced with a trade-off when taking the vehicle out into battle. They will lose some of the signature penetrating capability featured by the Pvkv II’s 75mm cannon in favor of a higher rate of fire.

Make no mistake however, the 57mm will still pose a significant threat to most opponents on the battlefield and will especially come in handy in close-range engagements where its higher rate of fire will allow tankers to suppress advancing enemy forces and more rapidly react to shifting frontlines. On the other hand, the Pvkv III’s effectiveness against more heavily armored opponents, especially at longer ranges, will somewhat be inhibited by the gun’s smaller caliber.

Pvkv III also possesses the same protection as its close relative. As a result, the Pvkv III is highly susceptible to enemy fire and best kept outside heated firing lines during engagements.

Meet the Pvkv III as it arrives to the mid-ranks of the Swedish ground forces tree as part of the next major War Thunder update. In the meantime, be sure to stay tuned to the news as we continue to keep you posted on all the latest developments surrounding the upcoming update. Until then, happy hunting tankers!