And here is the main prize for the new season of the War Thunder Battle Pass called “Armored Elephant” - meet the German heavy tank destroyer Elefant!

The Ferdinand self-propelled guns that survived the battles on the Eastern Front were recalled for modernization in December 1943 to the Nibelungenwerke plant in Sankt Valentin in Austria. The modernization program was specified by Ferdinand crews based on their combat experience. In particular, they requested the installation of a panoramic commander's cupola, a machine gun for the radio operator, an improved fire extinguishing system, as well as many other minor improvements. While the vehicles were being upgraded, Ferdinand tank destroyers were reclassified to assault guns (Sturmkanone mit 8.8 cm StuK 43) and received the new name Elefant (German for “elephant”). These updated self-propelled guns were sent back to fight on the Eastern Front, as well as in Italy. The last combat use of the Elefant self-propelled gun was recorded in Berlin. Only two vehicles of the series have survived to the present day: one is on display at the Patriot Park near Kubinka, Russia; the second one - captured in Italy - is in the Aberdeen Army Ordnance museum, USA. 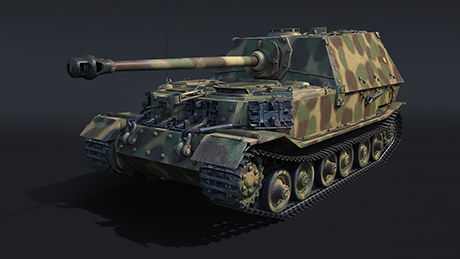 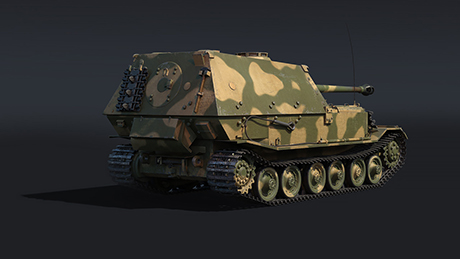 The Elefant self-propelled gun is the main prize in the new season of the War Thunder Battle Pass, which, thanks to our heavyweight, has been named the “Armored Elephant''. This is a premium rank IV vehicle in the German ground vehicle tech tree. So, the Elefant is an improved version of the Ferdinand self-propelled gun, one of the most common vehicles in the mid-rank German setup. Why do players love the Ferdinand so much? It's simple - It has a very effective, fast firing 88 mm gun with familiar and forgiving ballistics, accompanied by very thick armor on the front of the casemate and hull which allows this SPG to withstand the vast majority of kinetic rounds at its rank. The vehicle performs excellently when engaging at long range, where it is almost invulnerable. This positioning additionally ensures that a successful flanking maneuver against the Elefant is extremely unlikely.

The Elefant is ensured to become a firm favorite for fans of German armor! The gun, ammunition and powerful armor, familiar from the Ferdinand, are complemented by a number of improvements. A machine gun for the radio-operator has been installed on the upper frontal plate of the hull, which can be used to designate targets for your allies. The 100-mm armor plate itself has been reinforced with 50-mm of additional armor surrounding the newly installed machinegun, as well as sections of spare tracks protecting the weaker, sloping parts of the upper hull - a weak spot all too familiar to seasoned Ferdinand commanders. It is very important to mention that this capable vehicle also offers Premium bonuses - it speeds up the research of any German armored vehicle between the ranks of I-V and of course allows you to earn an increased amount of Silver Lions.

This armored German Elephant will be the main prize in the new War Thunder Battle Pass season. Soon we will be announcing the full list of stages, rules and prizes of the new season - stay tuned!