A new premium strike aircraft in the Soviet lineup, featuring devastating guns and a heavy bomb load. The perfect addition for mixed and naval battles at mid tiers!

Back in the pre-war period, while working on the Tu-2 front-line bomber, the Tupolev design team had the idea of ​​creating a multipurpose aircraft on its basis that could perform a wider range of tasks, including escorting bombers at high altitudes and intercepting enemy aircraft. The first tests of the Tu-2 convinced the military authorities to initiate development for the role of a heavy fighter. However, the outbreak of the war forced the designers to focus on the modifications of the Tu-2 bomber series. Nonetheless, work on the version of the heavy fighter did not stop, moreover, one of the key components of the new aircraft was to become a radar, which would allow the location of targets at distances of up to 8 km and at any time of the day. Andrey Tupolev personally attended lectures on aviation radars, after which he enthusiastically started adapting the latest developments on his aircraft. In the meantime, work continued on enhancing the combat and flight characteristics of the aircraft. The armament was significantly improved compared to the original concepts - two 45-mm NS-45 guns were installed in the front of the bomb bay, supported by 2x 23-mm guns in the wings. The defensive armament of the aircraft was represented by two 12.7mm UBT machine guns. After experiments with the power-plant, the choice fell on the M-43V engines with a four-blade propeller. The finished prototype made her maiden flight only in the spring of 1947. Despite the good test results, the project of the Tupolev heavy fighter was not continued. The era of jet aircraft was approaching. 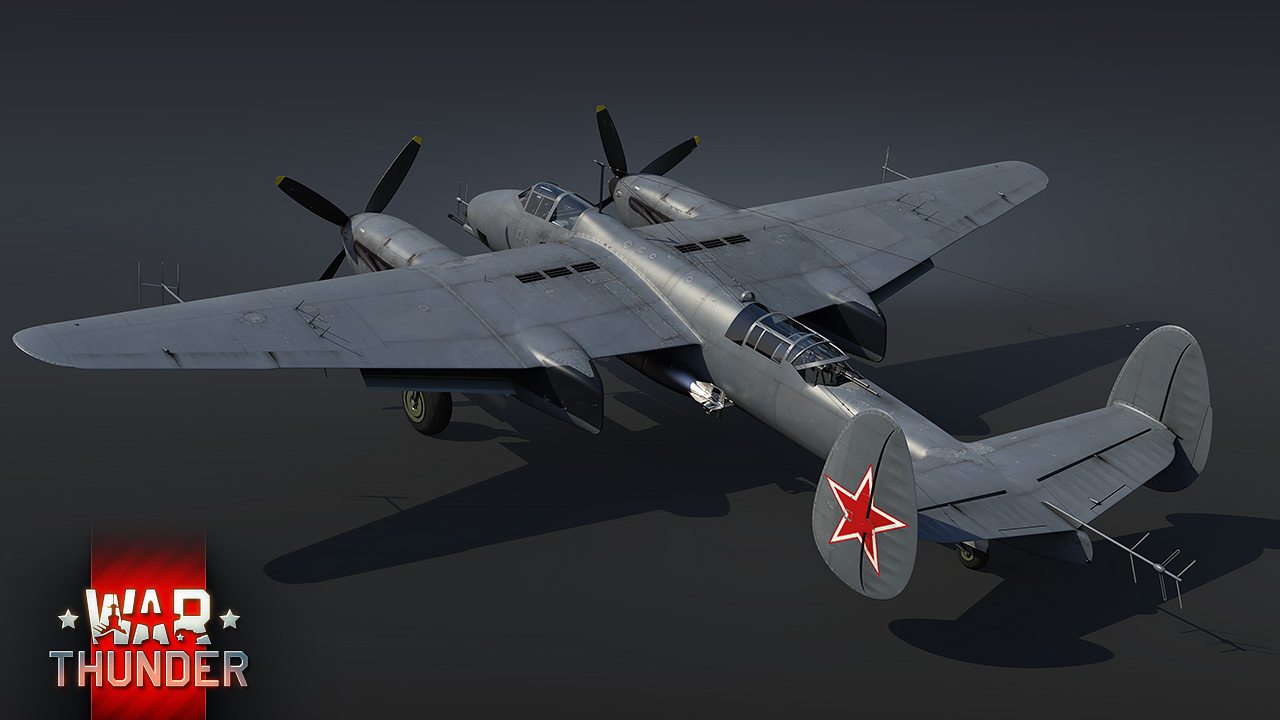 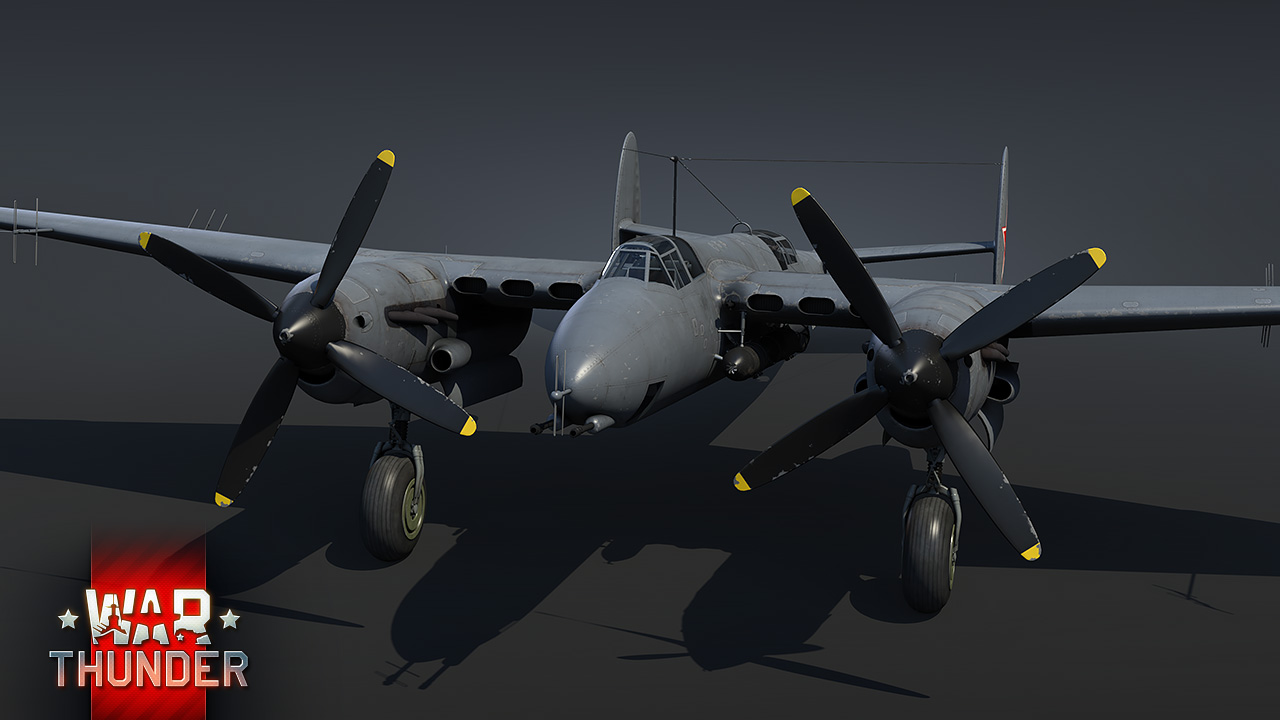 In our game, the Tu-1 is a premium strike aircraft at rank IV of the USSR aviation. This aircraft complements the line of cannon strike aircraft, and in many ways resemble the excellent premium TIS-MA fighter. Heavy forward-facing armament consisting of a pair of 45-mm and a pair of 23-mm cannons makes it unsurpassed in the destruction of low-flying bombers and attack aircraft in air battles. Ammo belts for hitting armored targets easily crack armored vehicles - including heavy tanks and self-propelled guns when shot into the side or roof. Tu-1 is equipped with a radar, which is quite exotic for mid-rank Soviet aviation. The radar makes it easier to detect targets in markerless game modes and will be a huge advantage in night battles, as well as in thick clouds, rain or snow. Two machine-gun mounts with high-caliber MGs at the bottom and top of the fuselage will quickly cool down fighters that dare to chase the Tu-1 on her “six”.

The true potential of the Tu-1 is revealed in mixed and naval battles. Heavy guns have good armor penetration values and sufficient ammo capacity for a long fight. In addition to the guns, this strike aircraft is capable of carrying up to 3.000 kg of bombs in calibers 250, 500 and 1000 kg with sequential dropping. For naval battles, you can install a pair of torpedoes and try to hit a gaping destroyer or even a light cruiser with the first approach.

It should be understood that the Tu-1 lacks the maneuverability of the lighter twin-engine designs - this heavy, powerful machine quickly loses its energy in the vertical maneuvers, although Tu-1 is quite good for its mass in horizontal turns. However, it is better to fly straight and approach ground targets smoothly. And, of course, you should not be greedy, finishing off a wounded tank with cannons in a dangerous dive. Always mind the height!

The Tu-1 is an excellent addition to the Soviet strike aircraft lineup. We are sure that the aircraft has a great future in War Thunder!

Commenting is no longer available for this news
Rules
PROx
5

I love seeing and buying prototype vehicles. Can we get some more, maybe some German prototypes?

So a Tu-2S-44,with better performance, payload and armament at the same BR.

Not really, Tu-2S have better bombs. The bombs you can find on the Tu-1 are probably the worse at 5.7. Check the TNT equivalent.

LuckyGunner, Less rear guns as well. Likely still quite potent but the ones from the Tu-2 are absolutely a force to be reckoned with.

When the TIS MA and Tu-2 have a baby.

Ah, Tupolev, my other favorite Russian plane designer. Sad to see it used as a blatantly better premium alternative to the ones in the tech tree... at the same BR...

It's not...climbs for shit even in AB. Nice guns, early radar, beyond that the TU-2 is far better

It's a big bomber for tank battles. I saw them already in the game and they were an easy target for AA and fighter jets. The standard Tu-2 carries 4x500kg and you are rich enough for anything on earth. The Tu-1 also has weaker defensive armament. ;-)

So the Russian tree finally gets its own OP pre nerf Ju288. Well played gaijin....

No Bad Snail ! Stop it ! No French vehicle in the update no battle pass and premium money ! Bad ! Bad !

Looks good you guys, this'll definitely replace my Soviet p-47 in my 5.7 lineup

I need this beauty ASAP. ❤️

I'm surprised that none of the Tech Tree Tu-2 have torpedos, while the Soviet Naval Aviation Tu-2's used it.

Can you also release a devblog for the Type 87 ARV and the Aoba? I want some backgrounds :))