The VL Myrsky II was a Finnish fighter aircraft, developed domestically for the Finnish Air Force prior to the outbreak of the Winter War. Highly regarded for its excellent flight characteristics, the Myrsky II will soon find its way to player hangars as pilots get the chance to obtain this aircraft as one of the prizes in the upcoming summer marathon!

In the leadup to the Winter War, the Finnish military was hastily building up its fighting strength, including that of its air force. Despite it being clear that the demand for new aircraft couldn’t be met by the limited Finnish aviation industry, the military nonetheless issued a set of requirements to the State Aircraft Factory in order to come up with a new design in early 1939.

The prototype, named Myrsky (Finn. for "Storm"), made her maiden flight in December 1941, after which started a long program of correcting identified issues. In the fall of 1942, serial production of the fighter began,with the main problems of the original version solved - the aircraft in serial production were designated Myrsky II. By the time the batch production was completed, the flight and combat qualities of the fighter were no longer satisfied with the military. The Myrsky II shortly served in the final stages of the war and was decommissioned in 1947. Including prototypes, a total of 51 Myrsky IIs were built. 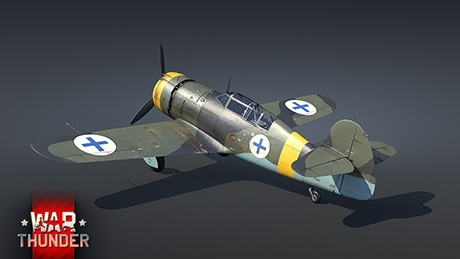 The Myrsky II will be one of the main prizes awaiting participants of the Summer Marathon event. Despite its seemingly unsuspecting first looks, the VL Myrsky II can give its opponents a good run for their money and will certainly be a must-have for fans of minor nations’ tech among players.

Maneuverable and armed with four high caliber machine guns LKk/42 (licensed versions of .50 M2 machine guns), the Myrsky II is a formidable fighter at its rank, capable of even punching above its weight with a seasoned pilot behind its controls!

Be sure to add the unique Finnish newcomer to your in-game collection by taking part in the upcoming War Thunder summer marathon event. Good hunting pilots!