During the 1980’s, China acquired the licence to produce the GDF-002 towed AA battery from Oerlikon along with its Skyguard FC radar system. Having gained enough experience manufacturing the AA weapon under licence, Chinese engineers began developing a SPAAG utilizing the same weapon system in the 1990’s.

The first prototype, designated Type 90-II, combined the chassis of the Type 63 amphibious tank with the newly developed turret housing the twin 35 mm cannons. Reminiscent of the German Gepard SPAAG, both visually and functionally, the Type 90-II was tested during the 1990’s but further development was put on hold for the time being as the PGZ-95 entered service at the same time.

The vehicle was shown off publicly only in 2011, by which time its design had been further refined and the vehicle began entering service as a replacement to the PGZ-95 under the designation PGZ-09. The PGZ-09 is still in service with the Chinese military and represents one of the most modern SPAA units in service with the PLA in the present day. 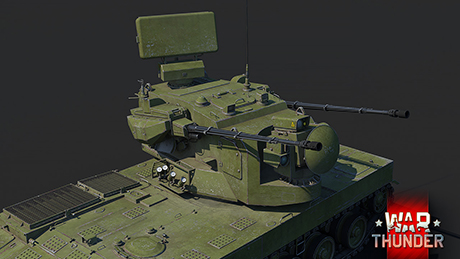 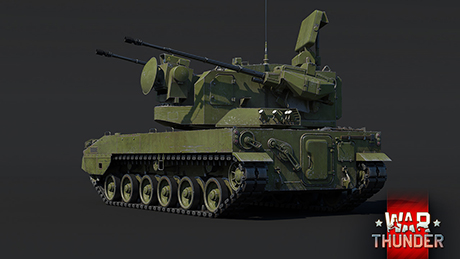 In War Thunder, the PGZ-09 will be a new SPAAG unit arriving in the top ranks of the Chinese ground forces tree with the release of the major update. Equipped with domestic versions of the familiar 35 mm Oerlikon KDA cannons and a radar system, the PGZ-09 is set to expand the Chinese SPAA line into the modern era!

As already mentioned, the PGZ-09 comes fitted with a pair of PG99-35-2 35 mm cannons which are in essence domestic versions of the well-known Oerlikon KDA cannons tankers are already most familiar with from vehicles such as the German Gepard or British Chieftain Marksman. Known for their excellent ballistic properties and high rate of fire, the PG99-35-2 cannons can even do serious damage to some armored vehicles with the appropriate ammunition loaded yet alone to fragile aerial targets, especially considering that the vehicle has access to a sophisticated radar detection and targeting system. It is worth mentioning that the vehicle has very limited acces to AP rounds - only 20 per gun.

The PGZ-09 comes equipped with an 800 horsepower diesel engine, allowing the vehicle to reach a respectable top speed of 65 km/h while driving on roads. Thanks to the powerful engine and a medium combat weight of 38 tons, the PGZ-09 possesses a good power-to-weight ratio of 22.8 hp/t which in turn allows it to confidently traverse even some less hospitable terrain without fear of getting bogged down too much.

However, despite being a very mobile and formidable adversary against aircraft, the PGZ-09 doesn’t particularly stand out when it comes to the protection it offers for its crew. As a result, the PGZ-09 is vulnerable even to heavy machine gun fire at close ranges while autocannons, or even more powerful weapons will have no trouble going through the thin armor of the PGZ-09 at range. Therefore, aspiring commanders of this machine are well advised to stay behind the frontline and focus on keeping the skies clear of enemy air vehicles for their more heavily armored comrades further up the line.

The PGZ-09 will be arriving in War Thunder as part of the “Red Skies” major update and will be available for research to all tankers as a new Chinese rank VI SPAA unit. Be sure to stay tuned to the news to find out more about what the upcoming update has in store for you. Until then, happy hunting tankers!

Commenting is no longer available for this news
Rules
Dr_Zoidberg1324
6

I got my gepard from wish!

ElizabethanMouse, Marksman isn't even close to being a Gepard, what are you smoking

damn the swiss really know how to make some cash. Is there a single spaa that doesnt use the orelikon gdf?

you're not just wrong, you're also stupid.

tank_ace_212, Ah yes because it's so great to play every tank you already have again just to get a copy of an already existing tank.. Adding China was a mistake

oh my god, you are incredibly wrong, i've seen many more ppl with like 70+ vehicles and like almost all of them spaded,

"such as the German Gepard or British Chieftain Marksman" - no more mentioning for japan in wt, i guess)))

There is no Japanese TT in this game. They forgot about its existence a few updates ago and probably is done with it.

People who defends China tech tree be like: China low tier are all copy paste but at top tier their tanks becomes unique Also China: this and literally 100% of their vehicles

Nobal, The difference is that while china has many of it's own vehicles that could be added, Germany doesn't really have a good replacement for these vehicles. Your argument is pointless.