Development of the Dardo IFV can be traced back to the 1970s when the Italian military identified an urgent need for a new IFV to replace the obsolete M113 APC in service at the time. Engineers at OTO Melara came up with a design similar to that of the Soviet BMPs and built a wooden mock-up. Although OTO Melara projected a start of production by the end of the decade, other commitments prevented this.

In 1980, OTO Melara once again picked up development of the project and two versions were derived from the original design. By 1985, the first prototypes of the VCC 80 were constructed and subsequently took part in army trials the following year. However, as the Italian military was pursuing development of several projects at the same time and on an increasingly limited budget as the Cold War drew to a close, the procurement of the VCC 80 was put on hold.

During the 1990s, the VCC 80 underwent several redesigns in order to make it more suitable to modern requirements. In 1997, the Italian government finally approved the production of the vehicle and a final decision to procure 200 vehicles was made by the end of the decade.

Once production began, the VCC 80 was officially renamed to its service name ‘Dardo’ with the first production vehicle entering service in May 2002. The last of the 200 Dardos to be produced was delivered in June 2006 completing the Italian Army’s fleet of IFVs. Despite its drawn out and troublesome development, the Dardo continues faithfully serving the Italian armed forces to the present day, having taken part in operations in Iraq and Afghanistan since its initial introduction. 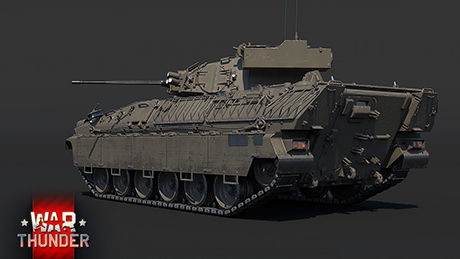 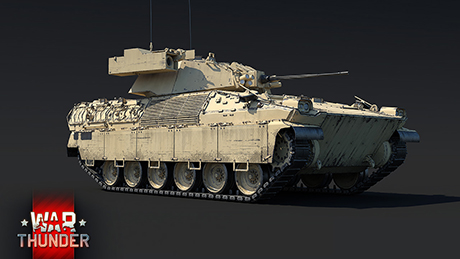 In War Thunder, the Dardo IFV will soon be joining the ranks of the Italian ground forces tree as a much anticipated new light tank awaiting all tankers in the upcoming major update Red Skies. Extremely mobile and packing a serious punch with its advanced weapon systems, the Dardo IFV will quickly gain a reputation as being another formidable adversary to face in top tier ground battles!

As is commonplace for modern IFVs, Dardo’s primary armament too consists of an autocannon in the shape of the fully stabilized 25 mm Oerlikon KBA. The weapon sounds familiar? That’s because it’s the same cannon as found on the SIDAM 25 SPAAG. However, while the SIDAM 25’s anti-tank capabilities are rather limited, tankers won’t need to worry about the same with Dardo. Namely, as far as the cannon is concerned, Dardo has access to a more powerful APFSDS round, allowing it to deal damage even to more heavily armored targets at close ranges.

Despite having access to more potent ammunition, a 25 mm cannon can only go so far when it comes to knocking out top tier MBTs. This is why Dardo has another ace up its sleeve; two TOW launchers on either side of the turret. These will be the most common means of Dardo commanders to take down more heavily armored targets as their devastating potential and range is far greater than that of the fast-firing 25 mm cannon. In addition, tankers will have the choice of upgrading from the standard tandem warhead TOW-2 to the top-attack TOW-2B ATGM which will further increase the Dardo’s combat effectiveness!

Being powered by a 520 hp diesel engine and weighing in at only 23.5 tons, Dardo can reach a top speed of 70 km/h under ideal conditions and thanks to its good power-to-weight ratio can also navigate even more difficult terrain with relative ease.

On the other hand, like most vehicles of this type, Dardo’s armor only offers limited protection. While its heavily sloped upper front armor and thick lower glacis may be able to deflect even some more powerful blows, for the most part Dardo is only immune to shrapnel and autocannon fire from other IFVs and SPAAGs whereas MBTs for the large part with their high-caliber cannons will easily slice through Dardo’s simple armor plating.

Being a highly anticipated vehicle by fans of Italian armored vehicles, the Dardo IFV will finally be making its way to War Thunder as part of the next major update Red Skies and will await all tankers at the top ranks of the Italian ground forces tree. In the meantime, stay tuned to the news as we continue unveiling what other exciting new features will await you in the upcoming update. Until then, happy hunting tankers!

Commenting is no longer available for this news
Rules
Conte_Baracca
21

ABSOLUTELY, so nice to see. FINALLY

modern_primat, Because your m60 is turkish

Thanks so much, myself and the rest of the Italian community cannot wait to try this new vehicle when it the update drops!

Its nice to see that Italy gets a domestic tank and aircraft this patch. And i hope to see more domestic Italian design/made vehicles/aircraft's in the upcoming patches. Those 2 and the Marder A1 are the first things i will get.

as a Italian main I am happy, but as I am also an aviation only main this saddens me

The Best IFV ever is coming yeeeee

ı hope we get more ıfv's in the future! puma or lynx ıfv would be good for germany

though I'm not a top tier ground player I still appreciate to see the Dardo coming finally to the game! thanks Gaijin, together with Dante and Sagittario this patch you made happy every type of italian tech three player in some way! keep up this good work!