In  the early 1960’s in Germany, the development of the first infantry fighting vehicle of Western nations began. An order from the Bundeswehr was given to Rheinmetall AG, where an experimental BMP was developed at the same time as the Leopard 1 project. R&D took about 9 years, during which several prototypes were built. In its final form, the vehicle entered military tests in 1966, and soon the IFV entered mass production under the name SPz Marder (German for “marten”). From 1979 to 1982, the Marder went through its first major phase of modernization, during which the vehicle received increased ammunition capacity for the main gun - a 20mm autocannon, and the commander's sight was equipped with a night vision device. The modernized IFV under the index Marder A1 was mass-produced in 1981-1982. In total, Germany produced about 3,000 units of Marders of various modifications, both for arming the Bundeswehr and for export. Currently, the German army is re-equipping itself to the new Puma IFV, but the Marder combat vehicles are still in service. 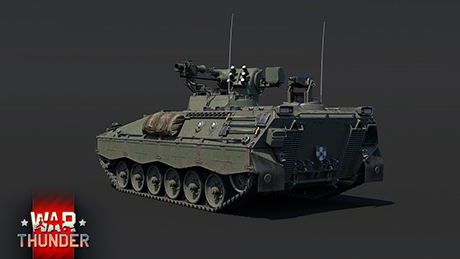 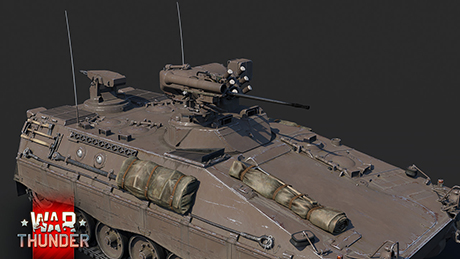 The tracked infantry fighting vehicle Marder A1- will appear in our game at rank V of the German ground vehicle tech tree with the release of the next major update Red Skies in War Thunder. The vehicle with an automatic 20mm cannon and an ATGM MILAN will become an excellent addition to the setup of German armoured vehicles from the mid-20th century. Marder has a typical IFV layout - the engine compartment and the driver's area are located in the front of the hull to make room for the troops in the rear part. The location of the machine gun looks rather unusual - it is located in a separate armoured cover at the stern of the IFV, and has a firing angle of 90 degrees to both sides.

Despite the rational angle of the upper plate of the hull, it is still not worth relying on the Marder's protection - the thickness of the hull armour is designed to protect against bullets and shrapnel, so that shots from tank guns and even many SPAAGs can easily penetrate the armour of the German fighting vehicle.

If the protection of the Marder cannot be called its strong point, then the weapons definitely can! The 20 mm Rh202/20 gun, which you may know from the Leopard 2K and KPz-70, will be very useful for dealing with light tanks, AA and the first helicopters that may already be encountered in battles. The main anti-tank calibre are four MILAN anti-tank guided missiles, the armour penetration of which is higher than that of the Soviet 9M14. Composite armour and ERA protection are quite rare in battles where Marder will participate, so anti-tank missiles are extremely effective weapons against tanks that rely on powerful homogeneous steel armour. In addition, the Marder is equipped with a commander's night sight, which gives free view in night battles and in poor visibility conditions.

Marder A1 and dozens of other new vehicles are waiting for you in the big War Thunder update Red Skies very soon. Follow us to know everything about the more interesting new items in the upcoming update!

Commenting is no longer available for this news
Rules
OfficerPaddy
23

Who would expect players to care for that long? The game has moved on and this is pretty "meh" now. Later variants might be worth it but this is most likely won't be the best of those.

I still don't get how you managed to add four vehicles with the Marder chassis before adding the Marder itself.

"Milan ATGM" Nice one ! Hope one day we get VAB Milan for French Tech Tree :D.

Would be nice, but we can't even stabilizer.

Dozer15, fr fr. We need a stabilized 8.7 but i cant find the existence of a tank that could be placed at that br

viciceman, And VAB Mephisto is stabilized thanks to the launcher being slaved to the gyrostabilized gunner periscope, which itself can also get the add-on Mentor thermal sight. It'll be a fantastic addition!!

"the First IFV of the West", id say the first would actually be its predesessor, the Schützenpanzer Lang. You should add the LGS M40A1 version with 106mm

I love you for this sentence