A premium piston fighter with a large-calibre cannon always comes in handy, especially in the French tech tree!

The American Bell P-39 fighters of the Q series became the latest and most numerous modification of the legendary Airacobra. Like the previous N series, these fighters were mainly used by Red Army pilots, but some fighters were operated by the US, France and Italy.

The Bell P-39Q-21 and -25 models hosted the first experiments with a large 11.7” four-bladed propeller. Such aircraft, in particular, were supplied to the French fighter aviation regiment GC 3/6 Roussillon during service in Algeria and at the beginning of the Italian campaign. French Airacobras operated on the escort of allied naval convoys, in reconnaissance and defense off the North African coast. 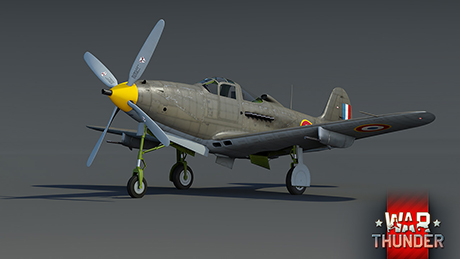 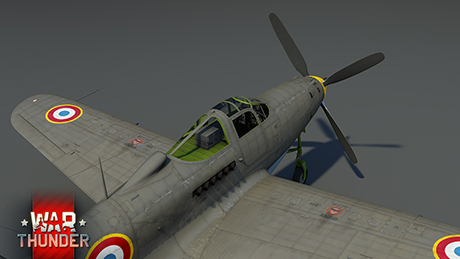 The French premium Airacobra P-39Q-25 will be one of the prizes in the new season of War Thunder Battle Pass. It differs from other Cobras in the game with a new four-bladed propeller and the ability to suspend a 500 lb bomb on a pylon under the fuselage. In terms of flight characteristics, the aircraft is almost completely similar to the American P-39Q-5 - a fast and maneuverable fighter that feels best at low and medium altitudes and is equally good at both boom and zoom and intense dogfighting.

High-explosive fragmentation projectiles of the 37mm cannon, complemented by a pair of .50 Brownings, account for themselves very well in aerial battles, including those against bombers. A skilled pilot easily destroys a huge target from distances of more than a kilometre. Together with a bomb and a 37mm belt for ground targets, the aircraft will be good addition to a ground vehicle setup for mixed battles, where the fighter has a good chance of penetrating enemy tanks through the top of the turret or hull.

And don’t forget its Premium status of course, which allows you to bring a substantial amount of Silver Lions from each battle and accelerate the research of other aircraft in the French line - this is the guarantee of the great future of the French Airacobra in the battles of War Thunder!

Like the other Battle Pass vehicles, you can get the P-39Q-25 by completing simple in-game tasks. Follow our news, we will tell you more about all the news for the upcoming season. See you soon!

Commenting is no longer available for this news
Rules
Romek007
0

Nice!! It will be 1st battle pass vehicle which i will keep to myself. Need some good plane for grind...thank you Gaijin

where the BIG BRAIN tonk?

Another Airacobra to dunk on noobs!

iRedFox, It's a devblog on a battle pass vehicle.

Great addition for the French tree, aircobra's are always a very good news!