Briefly: An extremely mobile French experimental light tank, developed during the late 1980s as a replacement to the AMX-13 on the export market.

Full-scale development only began in 1988 and several variants of the vehicle were developed, ranging from light tank modifications over APCs and IFVs to SPAAs and SPHs as well as a number of other variants. However, many of these planned variants never passed the drawing board stage. Of the few that did, the light tank modification stood out as it aimed to build upon the popular characteristics of the AMX-13 and expand upon them by incorporating modern technologies.

This light tank modification featured a small and extremely nimble chassis while being armed with a 90 mm cannon and promising low maintenance efforts. The first and only prototype of this variant was shown off in 1990, along with the IFV modification. After its reveal, the vehicle received the designation MARS 15.

In 1991, another prototype armed with a 105 mm cannon was shown off which would also become the last of the series. In fact, the expected response from potential foreign customers never materialized as the end of the Cold War in the early 1990s diminished the demand for new tanks while simultaneously surplus MBTs were being taken out of storage and sold. As a result of this development, the MARS vehicles never left the prototype stage and were ultimately abandoned 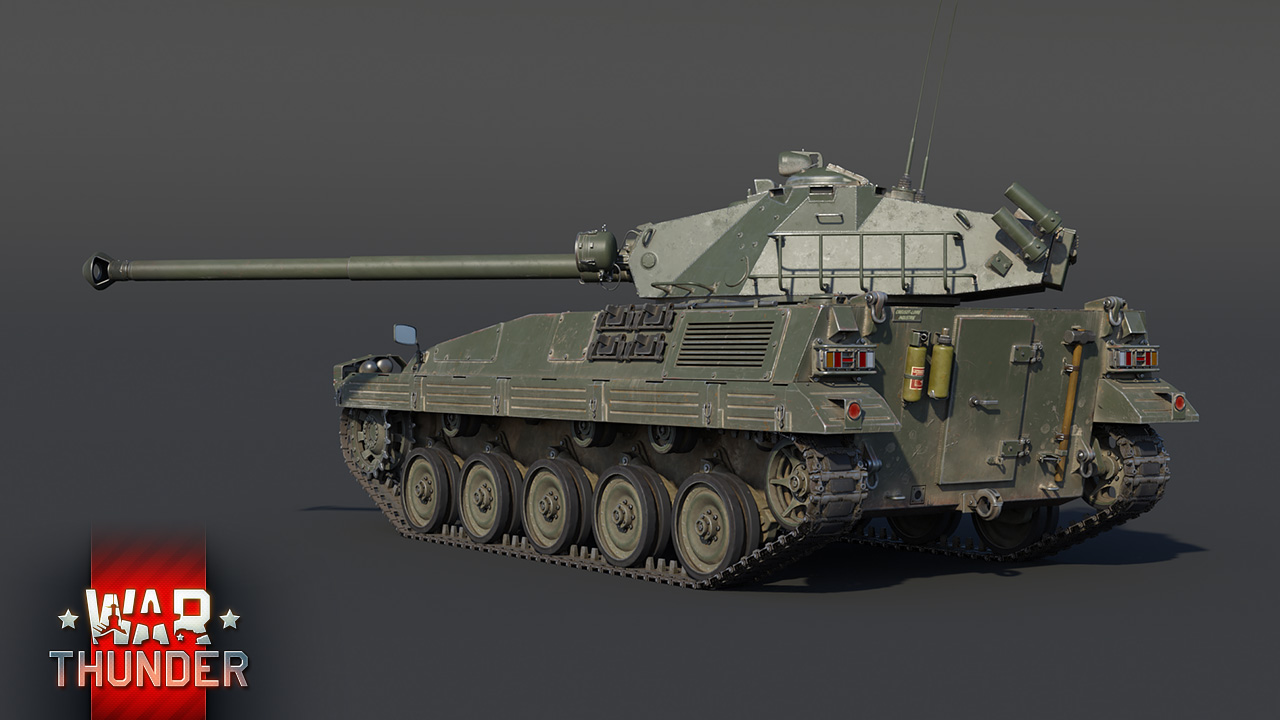 In War Thunder, the MARS 15 will be a new light tank arriving to the top ranks of the French ground forces tree with the release of the next major update. Offering its prospective commanders excellent mobility and firepower - both defining characteristics of a light tank - the MARS 15 won’t just expand the French light tank lineup but will also give seasoned French tank commanders access to a highly potent new high tier skirmisher!

The MARS 15 comes equipped with a 90 mm CN 90 F4 cannon as its main armament. Despite appearing slightly underwhelming in comparison to most other tanks at its rank equipped with 100/105 mm cannons, the MARS 15 more than makes up for its cannon’s smaller caliber by possessing excellent ballistic properties and access to both powerful kinetic as well as chemical rounds. As a result, the MARS 15 is more than capable of holding its own on the battlefield and even more so should one find itself unchallenged on your team’s flank! 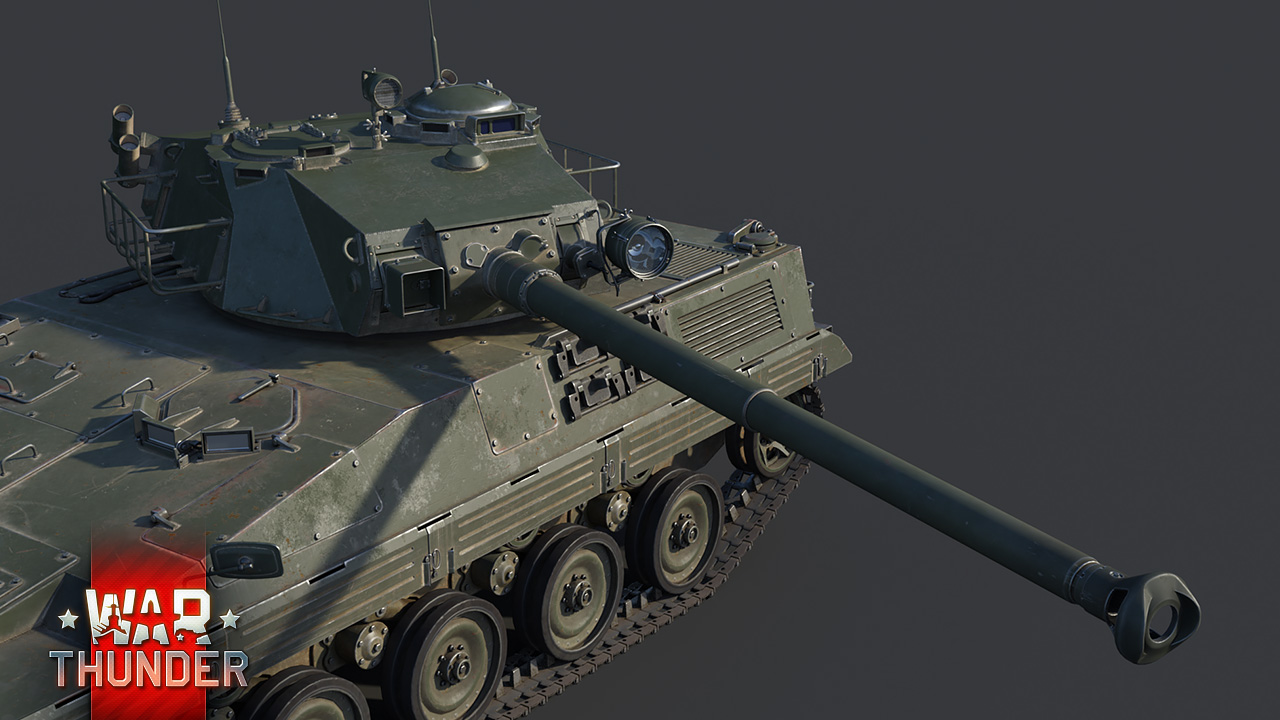 Further assisting the deadliness of MARS 15’s powerful cannon is the vehicle’s superb mobility. Weighing only 16 tons and being powered by a 420 horsepower diesel engine, the MARS 15 possesses an impressive power-to-weight ratio of 26,25 hp/t as well as a top speed of 75 km/h under ideal conditions. As such, the MARS 15 can both traverse difficult terrain with ease as well as quickly shift positions on more urban battlefields, thus allowing it to unexpectedly pop up behind enemy lines and wreak havoc.

On the flip side of the coin, to achieve such excellent levels of mobility the MARS 15, like most other light vehicles, makes sacrifices in armor protection. As a result, aspiring commanders of the MARS 15 shouldn’t expect much from this thinly armored light tank. In fact, the vehicle’s thin steel armor can only absorb heavy machine gun fire and shrapnel at close range as well as some autocannon fire at longer ranges while most MBT’s cannons should experience no difficulty piercing the MARS 15’s armor. Therefore, tankers are well advised to stay clear of intense brawls and instead take advantage of the vehicle’s excellent mobility, firepower and spotting capabilities to outflank the enemy and provide their team with valuable intel on the enemy’s positions!

The MARS 15 arrives to the top ranks of the French ground forces tree as part of the next major update “Ixwa Strike” to War Thunder and will become available for research to all players upon release of the update. In the meantime, make sure to stay tuned to the news in order to find out what other exciting new features the next major update has in store for you. Until then, happy hunting tankers!

Commenting is no longer available for this news
Rules
ThunderFla
23

Do you remember that nation called Italy that you added 3 years ago? Well, it really needs an IFV, are you working on that? Or you can only use the "copy and paste" card? I'm happy to see finally something good and needed for france, maybe you understand that it is time to give some attention also to the minors. In this patch italy receives nothing, hopefully something will come the next patch. Otherwise I will just quit a good game that, honestly, has become boring.

Unfortunately this is neither good or needed. No stab means its just an AMX-30B2 but without the thermals, 20mm or survivability with better mobility. France already has plenty unstabilized vehicles at this things br so this is really just lineup filler that you will never get to use.

_Borizon_, At least it is not a sherman, and it is unique

- No gun stabilization Who could've guessed lmao, ready for a premium variant with stabilizer because of course

Without stab, when we look at actual meta, this tank is Dead on Arrival.

Another french tank without stab unfortunatly. I hope you will consider to add some sort of Export line since a lot of AML, AMX-13 and AMX 30 got modernised/modified beyond expectation. (Indonesia, Peru, Venezuela, Spain for the most interesting options across 20 countries owners).

It would've been nice to see a version with stab. I feel like France is cursed in this manner.

Gaijin needs to figure out a way to implement the COTAC system France used in the game. OR just fake it like they did on the AMX-32. Give it the standard stab system to replicate COTAC. AMX-10RC and AMX-30B2s become stabilized and the situation becomes a lot more bearable. Yes the BRs would have to change.

the TAM you bought on Ebay

BTRdriver, I would say this is even better than a TAM

the TML 105mm is a french export turret, and there is that turret mounted on this tank, exact turret, with extra addon, on the MARS, and on the amx-10rc

While NGL I would rather see the ERC 90 Sagaie (same gun/turret I believe), the Mars is still a nice addition to see.

I just had to login and reply to say what a nice surprise it was to see someone here stating something they would have wanted while also saying they're glad for the new vehicle anyways without complaining a ton. My greatest respect to you my man.

SenorFluffers, Nothing wrong with complaints as long as they're well considered and relevant to the topic. There's lots of great stuff to be excited about in the upcoming update, but unfortunately this particular tank is not one of them.

Very nice, hopefully the 105mm variant comes in the near future :)

And the whole bunch of vehicles using this same turret, such as the mass produced ERC-90 and VBC-90

Gaijin does realize France had vehicles with STAB right?