We’re happy to present to our players the first South African armoured vehicles as a separate branch of the British tech tree. Meet the Olifant Mk1A, a heavily modified South African variant of the Centurion Mk3 and Mk5 main battle tank, developed in the late ‘70s as a means to modernize the fleet of Centurion tanks in South African service.

Centurion tanks entered service with the South African armed forces already at the start of the Cold War in the early 1950s when South Africa purchased a few hundred Centurion Mk.3 tanks from the United Kingdom. However, operating the Centurions in the warm South African climate quickly turned out to be problematic as the tanks were prone to overheating. As a result, South Africa sold off many of its Centurions to Switzerland during the 1960s in order to acquire other equipment while many of the remaining tanks were relegated to reserve roles.

With conflicts in the region flaring up during the ‘70s, the South African armed forces were reminded of the importance of their armored units and several projects were initiated to modernize the Centurions in service. These projects resulted in the creation of two interim models of domestic Centurions - the Skoikaan and Semel. In parallel however, the South African government formed a company in the private sector to develop a proper modernization package for the Centurion.

Work on the project began in the mid ‘70s, with South African engineers taking inspiration from the Israeli Sho’t Centurions and applying similar upgrades to what would eventually become known as the Olifant tank. The first prototype of the Olifant rolled out of the factory in 1976 and underwent testing. Shortly afterwards, the Olifant Mk1 entered production service in 1978, with production lasting until 1984. In the early 80s, the Olifant was upgraded to the Mk.1A modification, which featured a domestic version of the L7 cannon as well as other upgrades.

The Olifant Mk1A remained in service with SANDF into the 1990s before being succeeded by the Olifant Mk 2. In total, over 150 Olifant Mk1As were produced, some seeing action during the conflicts with Angola in the early 1980s. 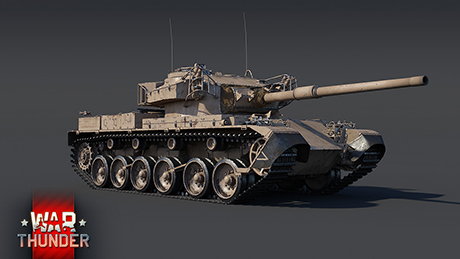 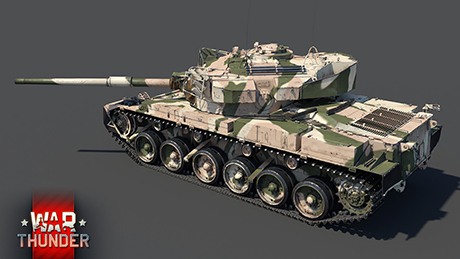 In War Thunder, the Olifant Mk1A will be a new main battle tank arriving at the top ranks of the British ground forces tree as part of the brand new South African subtree, coming to the game with the release of the “Ixwa Strike” major update. Combining features found on some of the later Centurion models as well as the familiar Sho’t Kal Dalet premium tank, the Olifant Mk1A offers its aspiring commanders a well rounded combat vehicle, bound to soon become a staple of any British tanker’s high tier lineup!

At a distance, tankers could be forgiven for mistaking the Olifant Mk1A for the Centurion Mk.10 as both vehicles share a great deal of visual similarities overall. Apart from the visual similarities, both vehicles also feature a near identical weapons arsenal - in the case of the Olifant Mk1A this being the GT-3 105 mm rifled cannon, a South African modification of the well-known L7 cannon. Retaining the signature high rate of fire and superb ballistic properties, the GT-3 cannon also allows tankers to fire a wider assortment of subcaliber and chemical munitions, including powerful APFSDS and HEAT-FS rounds!

Furthermore, one area in which the Olifant Mk1A offers a major upgrade over the standard British Centurion models is mobility. Namely, unlike its British relatives, the Olifant Mk1A is equipped with a 750 horsepower Continental diesel engine, allowing the vehicle to reach a much higher top speed of 45 km/h on roads, while also managing to get up to 15 km/h in reverse. In this regard, the Olifant Mk1A offers similar levels of improved mobility as the Sho’t Kal Dalet, already familiar to some tankers.

However, while tankers will certainly welcome the improvements to mobility, it’s also worth noting that the Olifant Mk1A doesn’t feature any upgrades in protection compared to the later Centurion versions. As a result, and as most seasoned Centurion commanders are aware of, the Olifant Mk1A won’t particularly excel at close quarter brawls as its armor, while not thin, can’t reliably shield the crew and vital components from the powerful ammunition types fired at high tier battles. To that extent, tankers will be better off using the Olifant Mk1A as a second line support vehicle in more urban or long range marksman on wide, moren open battlefields. Either way, the fantastic cannon and good mobility allow tankers to perform well in both roles.

The Olifant Mk1A is arriving to higher ranks of the British ground forces tree as part of the South African subtree with the release of the “Ixwa Strike” major update coming soon. In the meantime, stay tuned to the news to learn more about all the exciting new additions awaiting you in the upcoming major War Thunder update. Until then, happy hunting tankers!

Commenting is no longer available for this news
Rules
Wolf_89
31

Hope to see a Sub Canadian and Australian tree in the future.

I'd love to see the Dutch, Polish, and Hungarian sub trees

kkang2828, Dutch could go to Either France or Sweden, Polish would prob make more sense as an Main tree and Hungary could go to either Germany or Italy. Romania could come aswell and then either Germany / Italy or independent but with this the possibilitys are huge, and now they can strengthen nations which is amazing. Uk, no mobility, meh armor, only Sabot and Hesh which both work meh now get a bunch of Armoured Cars and Heat-fs, my boner goes trough the Roof atm ^^

And finally get the Ram tank and the Skink in the British Tree.

Conte_Baracca, Skink is one of the most overdue additions to this game. Not really sure what they are waiting for.

Will the tech tree Rooikat get moved over to the sub-tree?

its a sub BRANCH not tree readdddd

HaNzZ_FuN_PoLIzE, I mean it says "In War Thunder, the Olifant Mk1A will be a new main battle tank arriving at the top ranks of the British ground forces tree as part of the brand new South African subtree,". I doubt they'll just make it two or three lines in the British tank tree itself. Having an unlockable tree like how it's done with helicopters makes more sense to me.

it's time for afrika

I want to spam some answers with my alts but I am busy :(

How will the subtree/branch work? Does it start at Rank V then up or is it an entire line starting from WW2 era?

HaNzZ_FuN_PoLIzE, Why not start at the Marmon Herrington? Tier 1/2 Then Eland, Tier 3 then Ratel (maybe one in the teaser video) Tier 4

Will have to wait for the dev stream

SMS Kaiser looking a little different then what I remember

are you seriously asking for another german vessel while there are other naval tt with less or none at all????