The D.XXI was a mid 1930’s fighter aircraft, designed by the well-known Fokker company for the Dutch Air Force which primarily earned its reputation with Finnish forces during WWII.

Briefly: An interwar Dutch fighter, distinguished by well-rounded characteristics in most aspects.

Development of what would become the Fokker D.XXI began in late 1934 with engineers at the Fokker company seeking to design a modern fighter aircraft, incorporating some of the latest aviation technologies. In 1935, the Dutch Air Force ordered the construction of a prototype which would be evaluated by its East Indies branch, as a result of the aircraft being seen as suitable for defending Dutch overseas assets.

Although its maiden flight in 1936 showed enough promise, the fate of the Fokker D.XXI was “hanging in the air” for a time due to a change in doctrine within the Dutch Air Force. As a result, Fokker began looking into promoting the aircraft on the export market, hoping to find foreign customers.

Fortunately, Fokker received interest from both Denmark and Finland to purchase a number of aircraft as well as rights to production. At the same time, domestic interest was also revived, resulting in the start of production in 1937.

Despite being a Dutch design, the Fokker D.XXI was predominantly produced and employed by Finland. Having built and operated around ⅔ of all D.XXIs, the Finnish Fokkers distinguished themselves during the Winter and Continuation War, although with less success in the latter due to their dated design. The Dutch Fokkers also put up a stiff resistance to the invading German forces in May 1940, shooting down a number of enemy aircraft, including several superior Messerschmitt Bf 109s. In the end, approximately 150 D.XXIs were built, serving up until 1949 with Finnish forces. 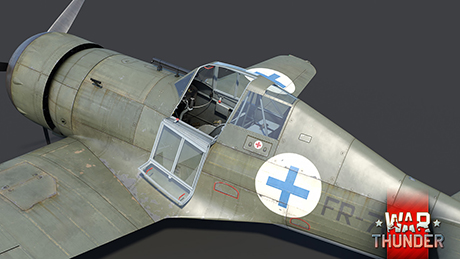 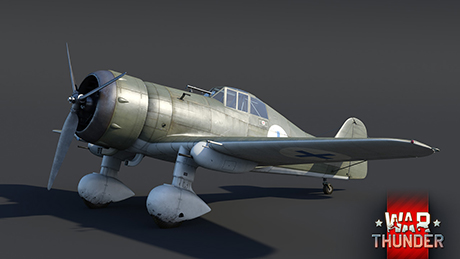 This unique modification belongs to the first D.XXIs received by Finland, modified by replacing the wing-mounted machine guns with 20 mm Oerlikon cannons in an effort to test the viability of up-gunning the aircraft. While this particular airframe was later converted back to its original armament due to reliability issues, pilots in War Thunder will have the opportunity to add this unique variant of the premium Fokker D.XXI to their in-game collection while at the same time reaping the benefits of its premium status for all actions performed in battle.

The Fokker D.XXI will soon be arriving in the Swedish aviation tree in War Thunder with the release of the upcoming major update. In the meantime, make sure to stay tuned to the news in order to keep posted on all the latest developments surrounding the next update coming to the game in the near future. Until then, clear skies pilots!

Commenting is no longer available for this news
Rules
super_cacti
55

The Dutch have arrived!!! I can't tell you how happy I am with this!

Let's hope they are not done with this 3D model anytime soon :) Let this be a test for the Dutc/Benelux tech trees.

Capt_Versteegh, Obviously thats what we need, even more tech trees sparsely populated by a couple unique vehicles and then filled in with Shermans.

BlueBeta, I'm just very glad it's the 20mm armed Finnish version. That way it's unique to the Swedish techtree, and the true Dutch versions are still reserved for a potential Dutch/BeNeLux nation.

Yet another finnish premium for Sweden :P

In before a trillion comments complaining this isn't the F-14/T-14 etc, despite this being the second Dovblog of many. Gaijin aren't going to start with anything highly anticipated, you always start with inconsequential additions to build hype.

I'll take a cool new WWII plane over some top tier jet (or especially over a top tier tank) any day! This right here is what I want to see more of! :D

[email protected], ME TOO.

what in tarnation is a "Dovblog"? you mean a DevBlog son? since that translates into "developer blog" instead of a "dove blog" or whatever you are talking about

Since we got Fokker planes in game...It's time for the Dr.1 to shine. Am I right guys?

H4rdsh3ll, THE KING OF THE SKY HES FLYING TO FAST

at least its not a boat

The Dutch are here!