The Sd.Kfz. 251/21 was a late war modification of the renowned German WWII-era halftrack. Tankers in War Thunder will soon have the chance to obtain the Sd.Kfz. 251/21 as it arrives in the German SPAAG branch with the next major update “Hot Tracks!”.

Briefly: A late war modification of the Sd.Kfz. 251 halftrack, equipped with a triple-barrelled 15 mm turret.

By 1942, German engineers recognized the need of the Wehrmacht for a light SPAAG to provide cover for frontline troops against low flying aircraft and set about developing a suitable vehicle on the chassis of available halftrack designs. In 1943, this need became even more emphasized with limited German production capacities being unable to produce the required number of Flakpanzers that the Wehrmacht had been requesting.

Subsequently, German engineers decided to outfit the widely used Sd.Kfz. 251 halftrack with a three-barrel AA mount, initially equipped with 15 mm, later with 20 mm cannons, in order to meet the Wehrmacht’s demand. The new modification became known as the Sd.Kfz 251/21 and went into production in 1944.

By the time the Sd.Kfz. 251/21 entered service, troops more widely used it as a support vehicle in the late stages of the war, with the vehicle performing well in this role. Nonetheless, over 380 units of the Sd.Kfz. 251/21 were produced until the end of the war, many of which through conversion of older modifications. 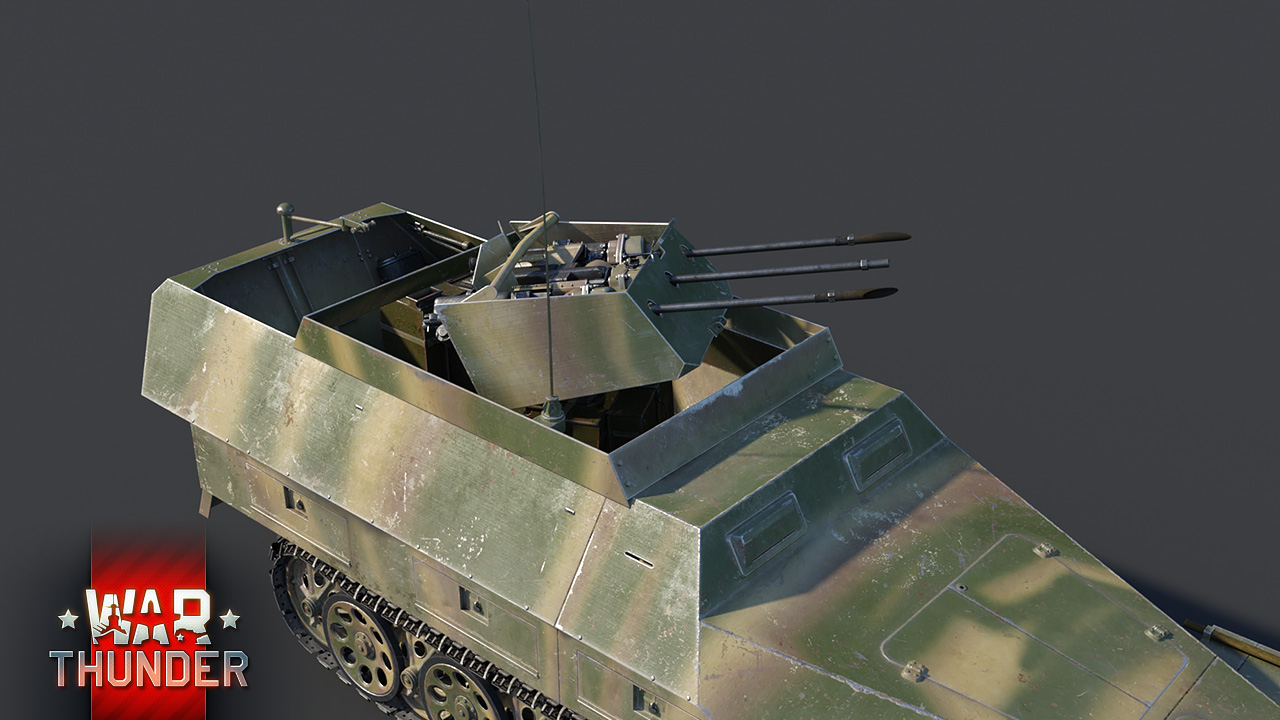 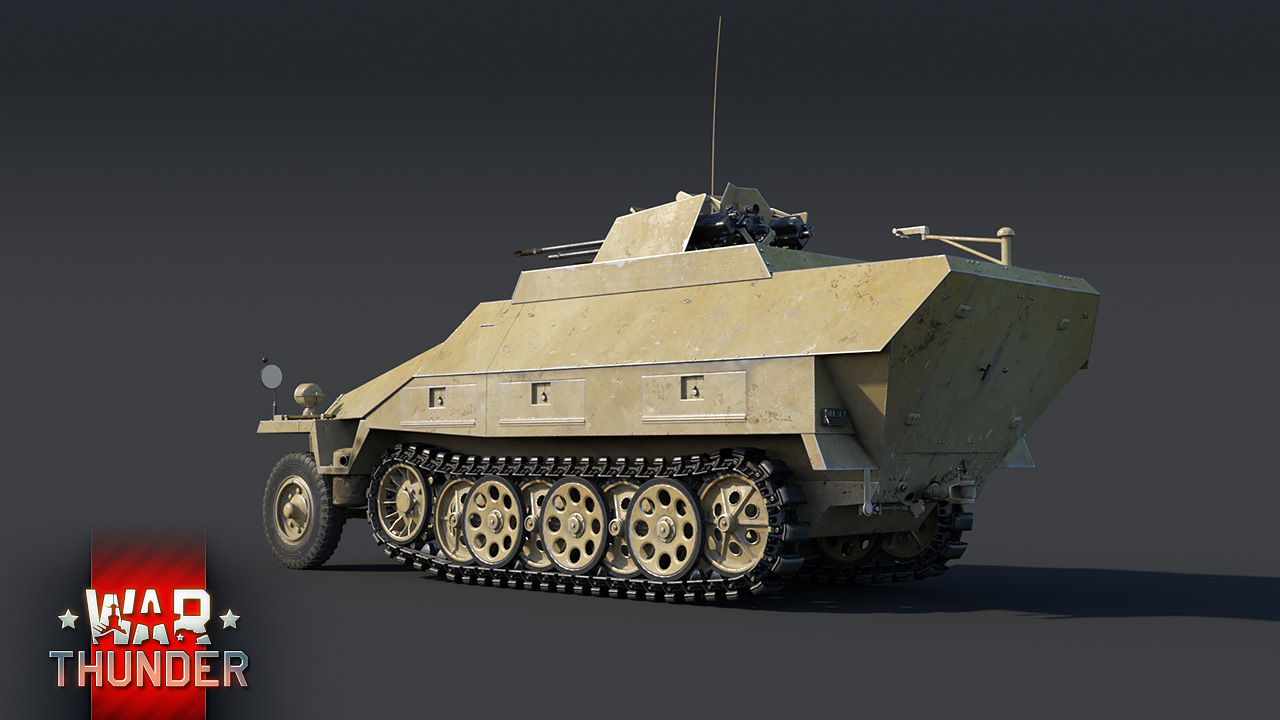 Unlike the Sd.Kfz. 6/2, the Sd.Kfz. 251/21 isn’t equipped with one, relatively powerful AA cannon, but instead features a triple-barrel turret with three smaller 15 mm MG 151 machine guns. German pilots may recognize this weapon from some of the early Bf 109 series fighters, respected for its excellent ballistic properties. The latter is the exact reason why engineers decided to outfit  it with these guns - the MG 151 machine gun possesses high velocity, a good rate of fire, is accurate and deals substantial damage to enemy aircraft if it scores a hit!

Furthermore, unlike the Sd.Kfz.6/2, it offers substantially improved protection over its predecessor, thanks to its light armor plating of up to 14.5 mm encasing most of the vehicle. As a result, the crew is far better shielded against shrapnel and machine gun fire, but due to the open top fighting compartment, still remains exposed to strafing runs by daring pilots.

Housed on the more than familiar chassis of the Sd.Kfz. 251 halftrack, the new addition offers improved off-road mobility than fully wheeled vehicles, but can’t reach as high top speeds. Nonetheless, it is capable of accelerating up to a respectable top speed of 53 km/h on roads, allowing it to easily advance alongside more heavily armored units and fulfill its task of covering them from air attack.

The Sd.Kfz. 251/21 is arriving in rank II of the SPAAG branch of the German ground forces tree and will become available to all tankers upon the release of the next major update coming to War Thunder soon. In the meantime, stay tuned to the news as the release of the “Hot Tracks!” incoming update draws nearer. Until then, happy hunting commanders!

Commenting is no longer available for this news
Rules
_Condottiero_
0

Can you give belts to M42 Contraereo pls and fix its recoil?

Funny how this SPAA will likely be just as good (if not better) than USSR's only researchable "Tier 4" SPAA that is nothing more than a Tier 3 SPAA with a "Tier 4" tag slapped onto it. Good luck playing with it at BR 6.3 to 7.3.

Grind for it now in Operation W.I.N... oh wait, it's actually just a tech tree vehicle. It's almost as if that's what an iconic WW2 vehicle chassis should fucking be in the first place... which is exactly why if the Pak version makes it into the game it'll be an event vehicle.

I love this, Low tier is fun tier, I can't wait to crush some freedom with my fascist socialist cannons. 🤣

Ahem where is my Type 10 MBT this clearly does not look like it.

Adorable. We need more AAs, and I'd love to play them, but can't stand the ridiculous repair costs!