2020 comes for all our players whether you are a pilot, a tanker or a sailor and therefore everyone deserves worthy gifts and awards! Join Operation F.R.O.S.T..

Earn stars by completing the tasks in the adventure. The more stars you get, the more prizes you will win including premium and event vehicles, New Year “Pin-up” decals and “Weapon” decorations!

The escort fighter will change the image of Soviet assault aviation in many ways. This twin-engine monster carries 2х37mm + 2х20mm or 2х45mm + 2х20mm cannons, bombs, two types of missiles and a large calibre defensive machine gun.

The SPG QF 3.7 Ram — is an attempt to combine the excellent 94mm anti-aircraft gun and the reliable chassis of the Ram tank into a self-propelled artillery system. Now Great Britain also has a SPG vehicle with a powerful gun and quick reload.

The 94 ft PT-811 — is an experimental version of the successful American PT-810 torpedo boat. A small but formidable warship that combines all the best in the “mosquito fleet”: high speed, torpedo weaponry and small calibre rapid-fire artillery.

The Israeli main battle tank has become even better! This is a further development of the Merkava series with enhanced turret protection. An excellent vehicle with high crew survivability, excellent angles of inclination in the armour and a wide range of shells.

The Type 1924 Jaguar — German destroyer armed with 105mm rapid-fire guns and torpedoes. It has good speed and maneuverability. The best choice for connoisseurs of balanced and versatile warships.

All event vehicles will be given out in the form of coupons, decorations and camouflages will be immediately activated on the account.

All “Operation F.R.O.S.T.” awards will be given out for a specific number of stars⭐, received on certain types of vehicles.

⭐x3 — one of the “Weapon” decorations

⭐x6 — one of the “Weapon” decorations

To get one star ⭐ you need to complete any 3 tasks from an available 5 in vehicles of rank III or higher (for naval forces rank II and higher). Tasks are unchanged and will be updated every 2 days at 11:00 GMT.

Pilot star ⭐ — Whilst controlling an aircraft

Sailor star ⭐ — Whilst controlling a ship

You are able to purchase any missing stars ⭐ for Golden Eagles even without completing the tasks by clicking on your nickname → Achievements → Operation F.R.O.S.T. → Distinction Mark, until the 16th of January, 2020. 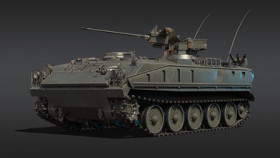 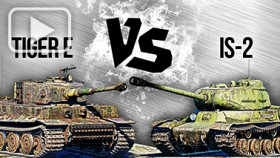 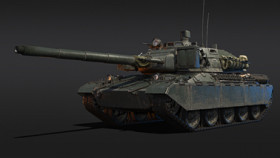 The Shooting Range #331
Share the news with your friends!

Commenting is no longer available for this news
Rules
Shiraumere
80

Good to see we're back to the old formula is pushing the grind even higher. HEAT tanker required 45 enemies, FROST 55. 10 wins to 12 wins, Really gaijin? We're doing this again?

The Ground forces rewards are significantly more potent in this event. HEAT was a Light tank and Armoured Car. This event is a very hard hitting tank destroyer and a full fledged Main battle tank. Thus the scale of tasks was slightly adjusted to suit the reward.

Zepuoj, Fine* as in; up to you guys to put requirements, up to us if feels worth it. A your Game has enough grind and time waste as is, B Vehicles, Premium time and GE already cost WAY to much for digital content.

what, you cant do that in 48 hours? god the bar was low, but I didn't think people would also be as low as the bar lmao

PsykoFerret, Its a pain in the butt. Its only 10 kills yes, but that's like an extra 2-4 games. Serves no purpose other than to waste a little bit of extra time and its annoying for really no gain. Whats the point gaijin??? waste like an hour extra of our time? Wheres the Christmas spirit? How much is that going to benefit you guys at all???

Quick! All aboard the FROST train!

Thanks Stona and Gaijin, THIS IS THE WAY. :))

What a lovely gift to the players! A classic Winter Event, easy to understand tasks that can be done in random battles, great prizes, thank you Gaijin for giving the players such a wonderful prezzie!

Smin1080p, I do have one question though, it says decals are activated automatically, does that mean we can't get dupes? Because I was thinking about trying boats as well as planes and I'd hate to get multiples of the same pin up instead of being able to collect them all as the past pin ups were really nice.

I didn't know if anyone noticed but the Armament of the J6K1 is entirely inaccurate for its historical design. 6X30mm and 2x20mm is a joke by the developers, the J6K1 never had that many cannons in its design...

Let alone it being constructed in general, as I am seeing it was only a wooden mock-up. Strange, they oof-ed other vehicles in the game in a similar state recently...

Pumba70, and then added in another prototype vehicle right after the oofing

Looks great, but why has the Tanker requirements been raised?

Because the rewards are also greater. Previously it was a LT and Armoured Car, now its a potent TD and full main battle tank.

Smin1080p, can we go back to the armored car? there are dozens missing from warthunder

Let the grind begin! Merrrrrrry Christmas!!! Hope you don't ever plan on leaving the game during the event. Especially if you are going for multiple rewards.

Freakshow, its actually quite easy to get all of them in very little time you'd only need around 3-4 hours of gameplay every 48 hours.

can you not increase the task values every event? That's pretty annoying

We dont increase them every event. Many of the values have not been increased, but this time, the rewards are also greater so some did have to be reviewed.

Thx for making this a good old style of event. With tasks to do.

but they had to do it with twist, if you look at the task they are harder, i definetly rember how you would need 10wins or 20 kills in rb, you would thin that because of naval they would reduce requirments or give us more time to get all of these vehichles

*RatnyciosDievas, you need 2 more wins. And a small number of extra kills. So its not that much more work.

By the way, what's with increasing requirements? It's never been 55 kills for ground vehicles before. 45 in operation H.E.A.T, 40 in earlier events. Also it used to be 35 air kills, 6-7 air assists, 25 ground assists, 10 ground wins. Just why are you raising it? At least introduce multiplier for assists task, like kill tasks have...

Because the rewards are greater this time. A powerful TD thats quite unique to anything the British have and a new Merkava MBT.

Smin1080p, there have been some very deadly vehicles in past events so thats not true...the vfw is overpowered, the aubl is a deadly scout if you know what oyu are doing, the m8 greyhound is a sealclubber, the i-180s is pretty op for what it is, a33 excelsior is almost unkillable, even worse than a jumbo if ran right, plus its decently mobile and the british have a few potent td's already, and the merkava, the mk1 atleast was kinda mediocre against other mbts..theres no real reason for the increase

this stuff is so easy I dont understand why you crying

I do like that the tasks are being brought back, but I don't like that the task requirements are being raised. They were fine before, and there's still 3 different types of vehicles someone might want to do the tasks for. Also the Merkava 2B as an event tank is a little unusual IMO... The Merkava 1 was already a rare, if you're going to make more Merkavas it would make more sense to make them premiums or researchables (the TAM is already researchable) and bring back the Merkava 1 as a rare prize

i dont really see any difficulty in the tasks to be honest, it's a prize, not a giveaway....

I agree with everything you say right here, especially with difficulty of the tasks for tank and air battles. (Tasks for Naval hasn't changed, only difficulty change will be gameplay wise with the addition of naval radar) Also the Merkava Mk.2B is very much just a slightly upgraded Merkava Mk.1.

Cool, sounds like fun, cant wait to get another Merkava :)