In the next major update we will introduce the Japanese Naval research tree - Over 20 vessels, from torpedo boats to destroyers and cruisers.

We are happy to announce that in War Thunder update 1.89, we will introduce the Japanese fleet - one of the greatest Naval forces in the world.

The Japanese fleet took part in major WW2 operations. In addition to the release of the Japanese Fleet, there's a brand new ship class coming to War Thunder - heavy cruisers

You will be able to see further information about these new vessels, and other vehicles in update 1.89, in the next few weeks on our official website.

Update 1.89 will also bring daily tasks that players will be able to complete, and doing so will allow you to join the Tester team for free. Stay tuned to learn more!

A Japanese artillery boat from the premium pack capable of moving at incredible speeds, and able to mow down enemies with the fire of a six-barreled autocannon!

In War Thunder, the Japanese PG 02 boat is realised as an artillery boat version, and is available as part of the early access to the Japanese Naval Forces CBT. The PG 02 is a very fast and dynamic hydrofoil boat that can accelerate quickly to a maximum speed of 50 knots (over 90 km/h), and its small hull size makes it very manoeuvrable, even at its maximum speed. 12 smoke grenades exploding above the water allow you not only to quickly get away from attacks, but also to cover the capture zones with smoke and cover allies from the fire of enemy ships. 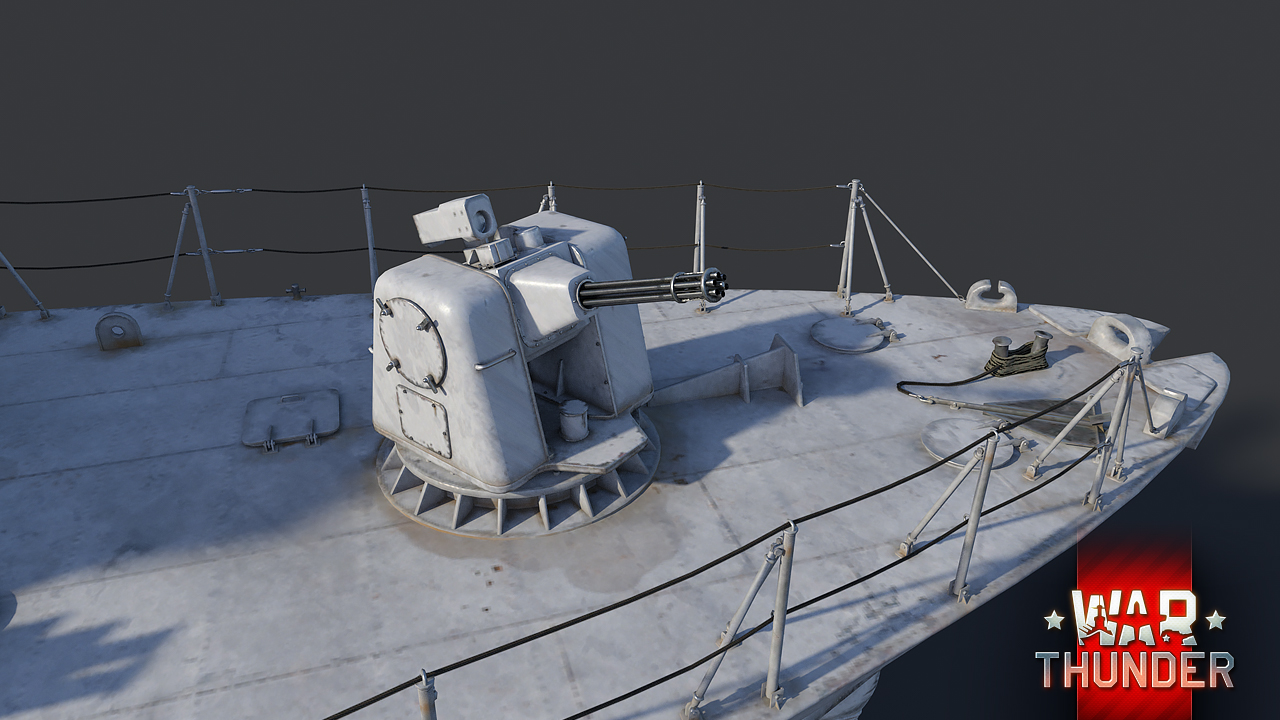 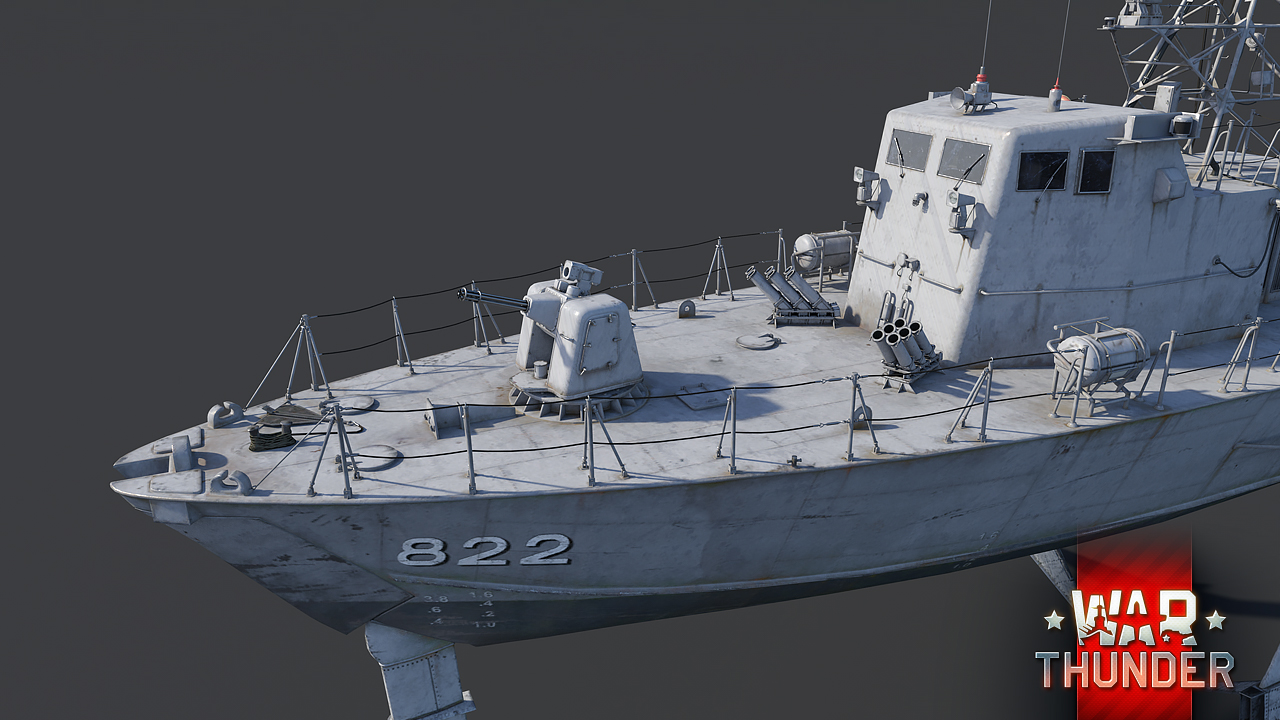 From the start, the only weapon the PG 02 will have has is the 20mm Vulcan autocannon of Japanese manufacture, which has several types of belts and has an incredible fire rate of 3,000 shots per minute. In the context of War Thunder, a short line of 20mm HE shells effectively hammers an enemy boat or aircraft, and the main thing one should be concerned about is simply achieving hits on the enemy’s vehicle. Moreover, APCR shells easily pass through the sheathing and modules of, even, larger ships, destroying the modules and crew of frigates and destroyers.

In addition to the 20 mm automatic cannon, these ships could actually carry anti-ship guided missiles. Having analyzed the possibility of their implementation in our game, we understand that this weapon has many limitations on its use and may be useless in conventional combat clashes with other boats, but it allows you to hit large ships at the extreme ranges with impunity; it means that the implementation of the anti-ship guided missiles in the game requires the development of a large number of related systems and countermeasures, as well as the possible modification of certain types of missions. Therefore, at this point, we can not say if this type of weapon will ever appear in the game, although we are going to explore that possibility.

In the meantime: just imagine a fast and maneuverable little boat that cuts through surface areas with long tracks of 20mm deadly shells! This is the PG 02, one of the best low rank boats in the game with which you will be the first Japanese Navy Tester in War Thunder!

Briefly: The last Yūgumo-class destroyer to be built, featuring notably improved anti-air capabilities and additional in-game bonuses due to its premium status. 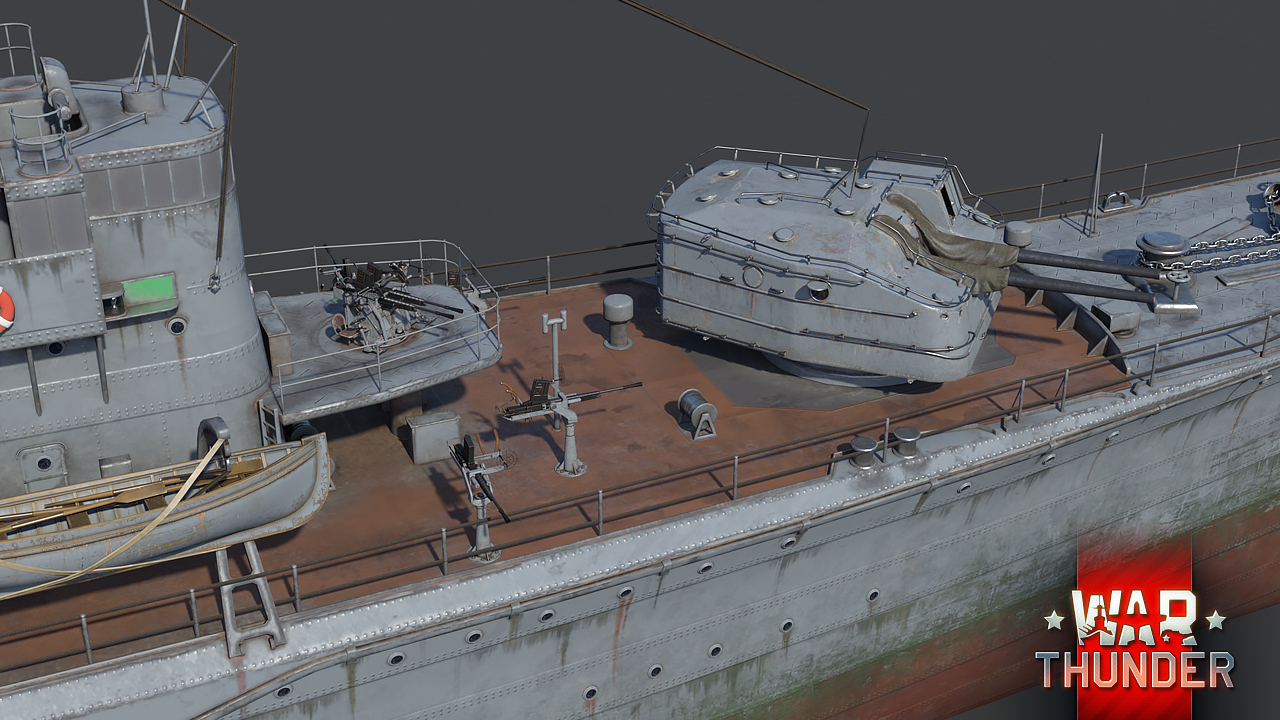 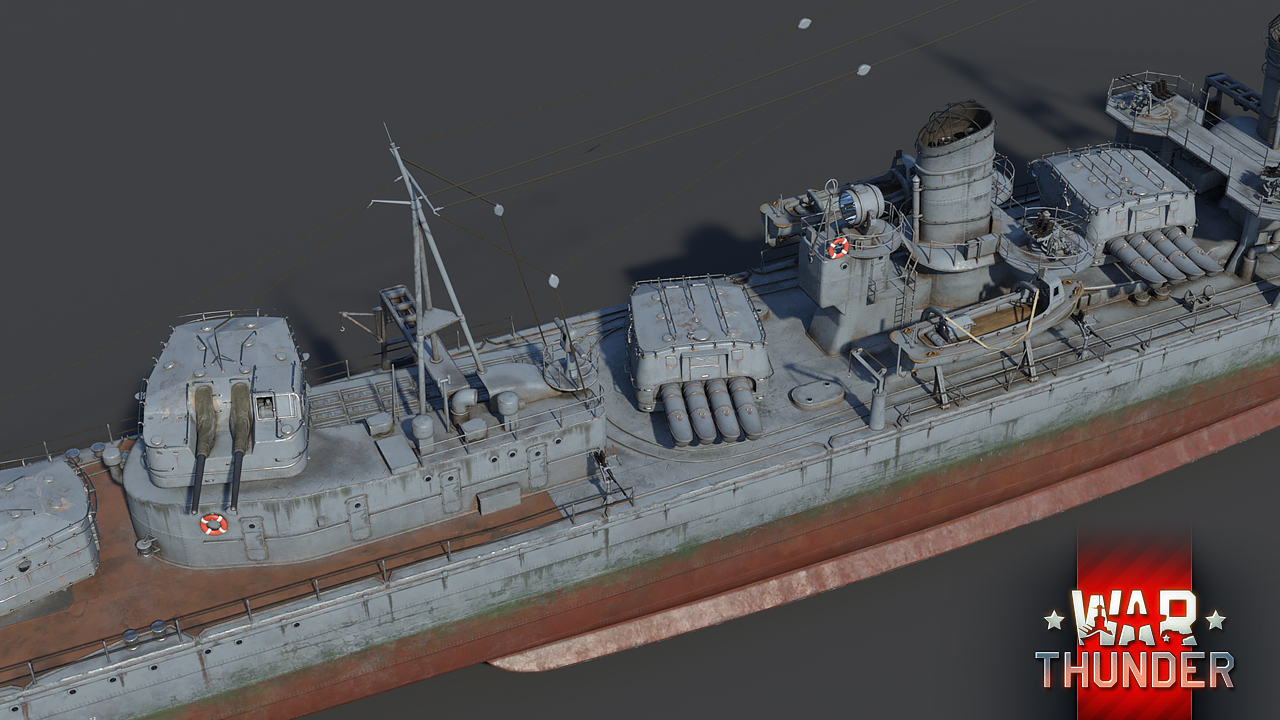 Kiyoshimo is the final Yūgumo-class destroyer constructed for the Imperial Japanese Navy prior to the end of WWII. Forming the vanguard of the highly anticipated Japanese naval forces, coming to War Thunder with update 1.89, future Kiyoshimo captains will be among the first to charge into battle under the IJN ensign!

In War Thunder, Kiyoshimo will be a premium destroyer of rank III of the Japanese naval forces tree, coming soon to the game with update 1.89. Similarly to existing premium destroyers, Kiyoshimo too will offer its future captains substantially improved anti-air capabilities over the regular version of the Yūgumo destroyer and will also grant instant access to the CBT of Japanese naval forces, along with the usual in-game benefits that come with premium vehicles.

Future captains of the Kiyoshimo can expect the anti-air arsenal of the ship to consist of a total of 24 25mm auto cannons, split between four triple, one dual and ten single turrets. This upgrade will drastically increase the ship’s effectiveness against aircraft and smaller vessels at close range. All-in-all, Kiyoshimo remains highly effective anti-ship combat unit as well, equipped with 6 127-mm main caliber guns in 3 turrets, deadly “long lance” torpedoes, and couple of depth charge launchers.

Commenting is no longer available for this news
Rules
Packal
2

Will the Jap's DD got another salvo of torpedoes for reload, or is still missing them? (Correct is one salvo in the tubes loaded, another one in the storages near tubes for reload.)

The time has finally come, poi

I wonder if we will see any balance to the 2S6 this patch. Like for heaves sake at least remove that prox fuse

So remove a acurate element? Go to hell. It curb stomps AH1Zs like it should.

Snipermakedonski, ah 1zs? how dumb are you? it KILLS EVEYTHING IN THE SKY

Maybe just remove the helicopters if you can't balance them? Stupid idea in the first place. It's like 2S6 = win, no 2S6 = loose. At the same time only one nation has 2S6, so I doubt Gaijin even cares at this point.

Looking good. After the IJN, do you have plans to give aircraft some love as well? More rank VI aircraft would be nice, but some lower rank aircraft as well, like the Martin AM Mauler and the Lockheed B-26 Marauder. More helicopters would be nice as well, also for the Brits. I understand that you can't put everything in the game at once, I just listed some things I'd like to see whenever you think the time is right. Oh and just to toss this in here, how about the AJ Savage, is it in development?

That's great, will Japanese Heavy Cruiser be research in the future?