France is the 7th nation to join War Thunder. Over 30 French aircraft - from fighters of the 30’s to multi-purposed jets of the post-war era. The players who will complete tasks in a special marathon or purchase early-access packs will be the first to test french aviation. 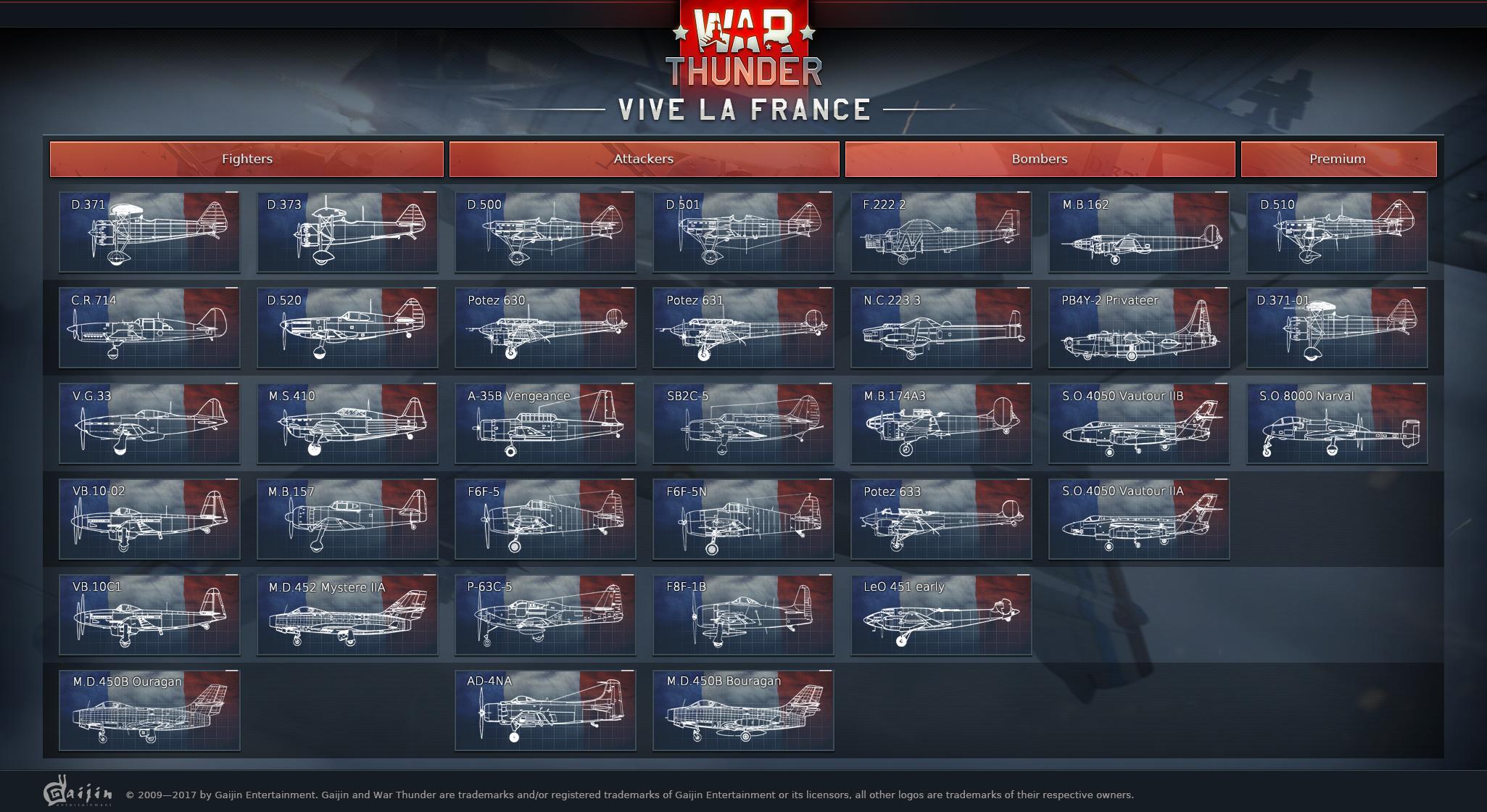 Two premium Italian tanks: the medium P40 for earlier ranks and an Italian M26 “Pershing” for higher ranked battles. Both tank packs are now available in our online store.

Commenting is no longer available for this news
Rules
Wolf_89
21

I'm disappointed. My aircraft is shooting bullets and not baguettes. And when i fuel it with wine it wont start :/ Other than that. This aircrafts looks very interesting :)

Did Italian planes shoot 20mm spaghetti or 102mm pizza? Did it start with cappuccino as a fuel? You have no right to be disappointed!

I'm disappointed as well. The SO.8000 doesn't fly backwards as the engine alignment suggests. I thought I'd be able to fly a plane specifically designed for the unique French "Retreat and Concede" combat-doctrine. But no, it's a mere pusher engine. This is an outrage - I demand a refund!

give this man double baguette rations, he really is the mvp.

GAIJIN, you are completely ridiculous. only a few weeks ago you released a massive patch, and now just a couple of weeks later you release a patch just the same size.. i cant imagine how much work u have put in to this. but this is why we love you so much

This is not a massive patch, play star citizen and then you will learn the difference between a small and massive patch.

Eighth nation will be expected sometime? :)

where is the code for the vehicle giveaway event????

Just been wondering about the same thing :)