Update 1.69 introduced the much-anticipated Italian research tree into the game, and with it a whole roster of new aircraft for pilots to get their hands on! One of the new planes is Fiat’s G.55 Centauro, a fierce late war monoplane fighter developed in response to an ever growing allied invasion threat of the Italian mainland. Let’s take a closer look at the main production model, the G.55 serie 1!

Development of the G.55 began in 1942 after it was becoming increasingly obvious that an allied invasion of the Italian mainland was imminent. At the time, Italy was lacking competitive high-altitude fighter/interceptors to deal with the expected threat of high-altitude bombing. In response to this, several Italian aircraft manufacturers designed new aircraft in hopes of addressing the problem at hand. However, whilst most designs were plagued by various production or logistical issues, Fiat created a seemingly perfect design around the newly acquired licence-built Daimler-Benz DB605 engine. This new aircraft was not just able to fulfill the role of a high-altitude interceptor well, but was relatively cheap and simple to manufacture, traits which were very appreciated under the circumstances. The Italian high command was, in fact, so impressed by the design that they placed an order for 1,800 Centauros. Needless to say, with the war coming to Italy’s doorstep, this order could never be met by the limited Italian industry.

Despite this limiting factor, several dozens of G.55s were produced between 1942 and late 1943, with most of the wartime production models seeing combat above Italy, performing the task they were designed for. After the war, more modifications of the G.55 were produced, some even for other nations, totaling the number of units up to around 300 before production stopped.

In War Thunder, the G.55 serie 1 represents the production version of the G.55 situated on the third rank of the Italian fighter line. This version, armed with three 20mm cannons and two 12.7mm machine guns has already shown players that the Italians aren’t opponents that should be underestimated, in fact, they’re a force to be reckoned with. Nonetheless, the G.55 was still often underestimated by his opponents shortly after it made its debut in the skies above the battlefields.

The Centauro was not only able of quickly dispatch the vast majority of his foes with its overwhelming armament, but was also capable of sustaining a prolonged turning engagement at lower altitudes, catching many players off guard. 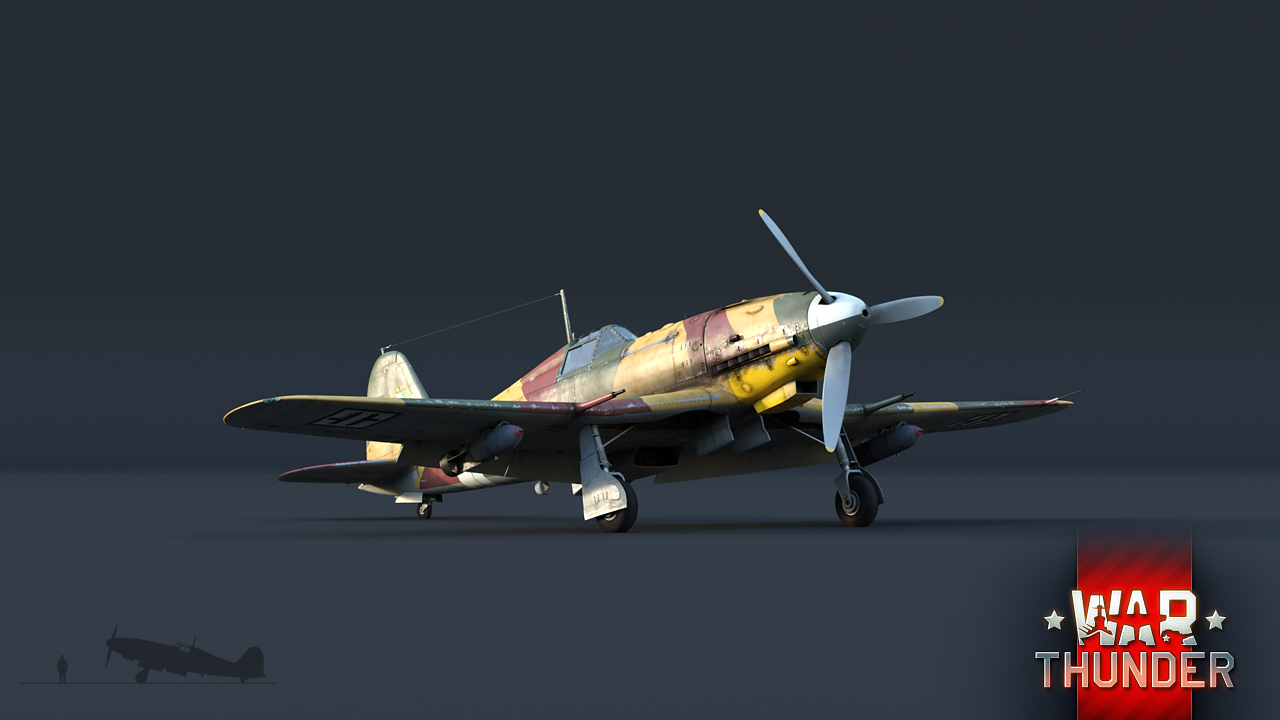 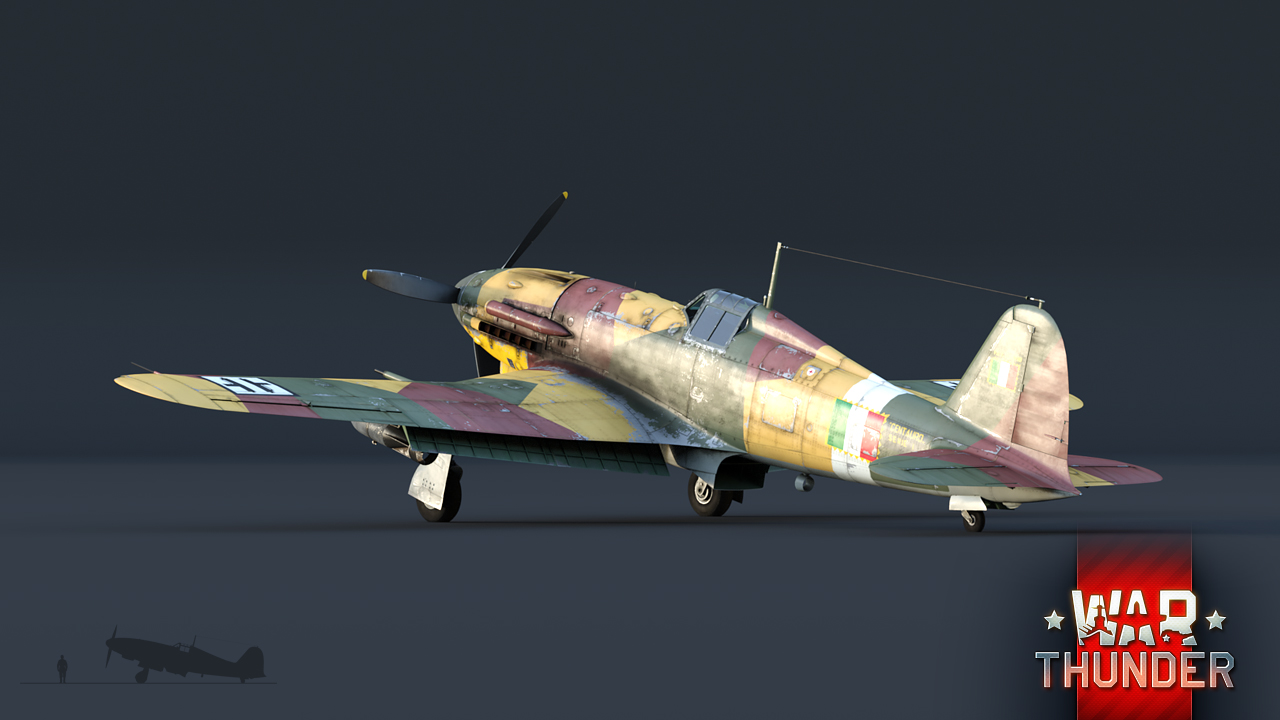 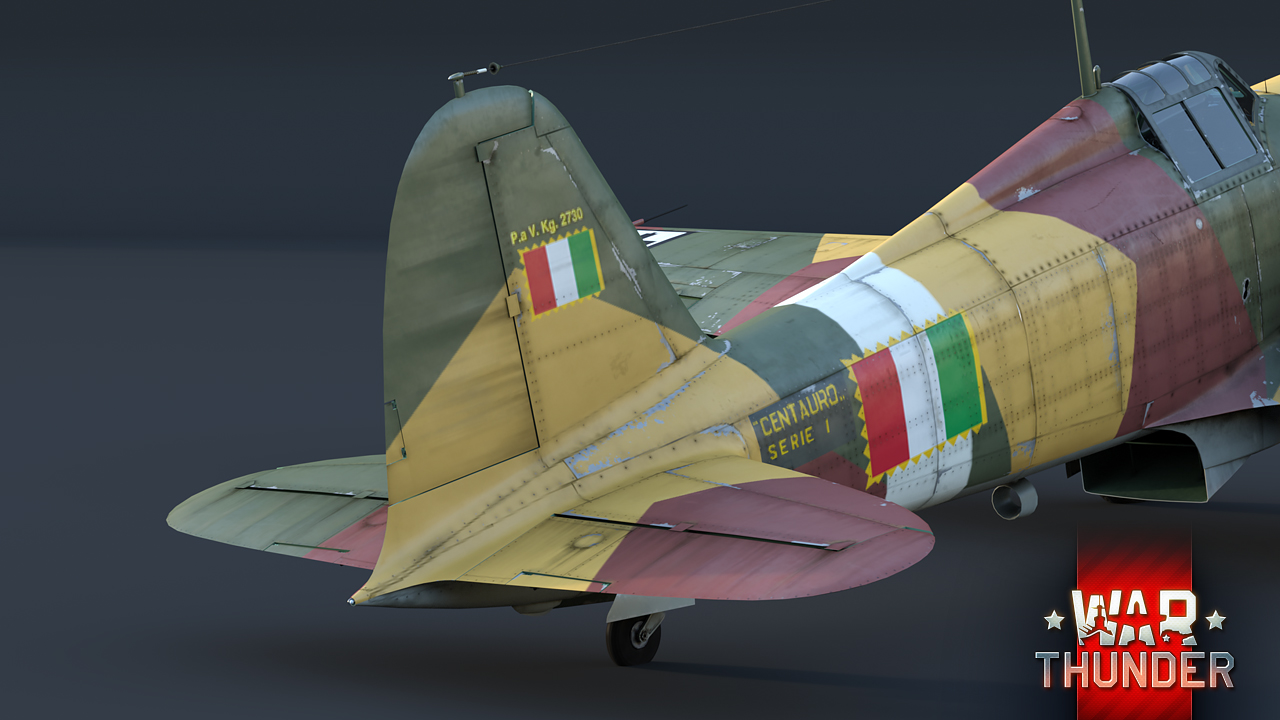 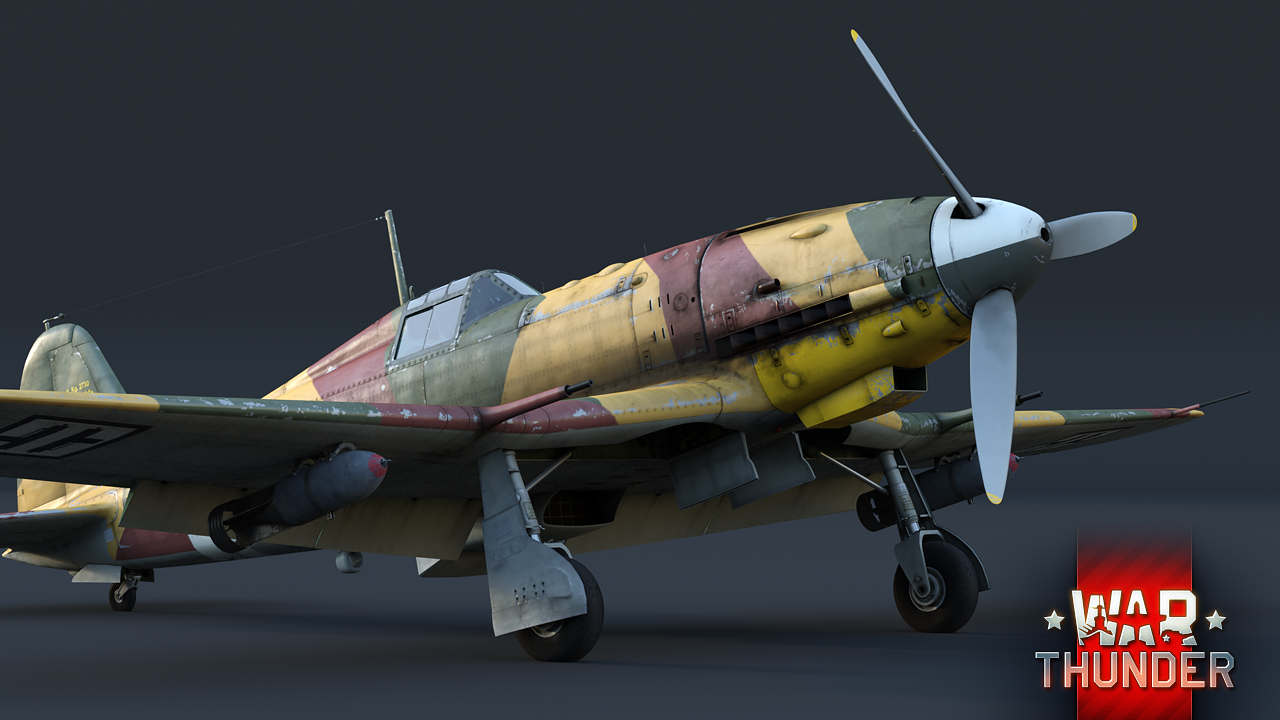 However, a major weakness of the Centauro is its lackluster maximum speed and acceleration, leading to a longer recovery time after dogfights. Whilst certainly being one of the more potent fighters on its battle rating due to the favorable handling characteristics, the Centauro is often left at the mercy of his opponent if he holds the energy advantage, so staying vigilant and picking your engagements carefully is highly recommended.

Flown the Centauro yourself or fought against it yet? What was it like? Share your experiences with other pilots in the comments. Until next time!

Commenting is no longer available for this news
Rules
*MI5SpyAgent
11

Will we get the /aerfer Ariete and the Aerfer Sagittario jets? :D

This thing is the Definition of Boom and Zoom.

It certainly has plenty of boom but like the Fw 190s the zoom is pretty bad. Sure you can dive down on someone and spray loads of bullets but if there's 2 of them climbing for you, you're probably dead. The addition of the 2 12.7mms really doesn't add much to the burst and burdens the plane enough that almost any other fighter can out climb it. The G.55S is signficantly better because it lacks these 12.7s and the 3 20s is more than enough. What good is lots of guns if you can't get behind them?

Alexsis8, Unless you're shooting at a bomber from behind, 3 20mms like on the G.55S or the I-185 is plenty of burst and still leaves your plane light and nimble enough to easily climb and maneuver. I generally consider this plane and the Fw 190s to be WT's equivalent of those morons in FPS games running around with an M60 or a minigun or something. Sure you fire loads of bullets, but 90% of them miss what you're aiming at (so perfect for people who don't know what they're aiming at).

At first I thought Gaijin was talking about an early Panzer type vehicle, also Gaijin keep up the good work.

And what panzer type vehicle is that?

I love this plane!

Great plane, really loved to fly it when I advanced to tier 5.

i love this plane

Nice plane! for a rank III.