The British Matilda tank was acquired by the Soviet Union through the Lend-Lease program, and a range of issues was discovered in the first batches, including a very weak tank gun. Soviet engineers resolved to equip this “capricious” English tank with something better.

The Soviet Union began receiving the first batches of Matilda infantry tanks under Lend-Lease as early as 1941. The tanks proved themselves to be highly demanding and “capricious,” but the main problem was the lack of high-explosive fragmentation shells, as well as the paltry caliber of the tank guns. The solution was obvious – the Soviets would have to fit the Matilda with new armaments. To do this, they selected the promising 76 mm ZiS-5 gun, which was soon to become the standard for the Soviet KV-1 heavy tanks, replacing the outdated F-32 guns. The experiment required both the Soviet tank gun and the British tank’s turret to be modified – the armor of the gun mantlet and recoil mechanism was changed, and the modified tank gun was given the designation F-96.

Despite positive results in testing, the Matilda tanks were never modernized en masse. First of all, this was due to the shortage of tank guns – all of the ZiS-5s were used for the KV-1 tanks. Secondly, it was because in the spring of 1942, the British began supplying Matildas with a 76 mm howitzer, which already came with HEF shells, so refitting the earlier batches became a less pressing issue.

The Matilda MK-2 F-96 is a unique tank that you can get in War Thunder for completing the first half of the Chronicles tank tasks. It is a premium rank II tank in the Soviet Union armored vehicle tech tree. Regardless of its average speed and not overly thick armor, it is right at home in battles of its own rank, thanks to its terrific tank gun. Its very respectable armor-piercing characteristics, enhanced by the awesome post-penetration effect of the Soviet APHE shells, make it possible to simply shoot along the contours of the target, not aiming specifically at weak points – every hit will make its mark on the opponent. Its status as a premium vehicle means it is a good way to earn Silver Lions and Research Points for faster research of any tank in ranks I–III.

The Matilda MK-2 F-96, a British lady with a Soviet tank gun, will be an excellent prize for all players who complete the daily tasks in War Thunder’s Chronicles. Don’t miss your chance to add this rare vehicle to your collection! 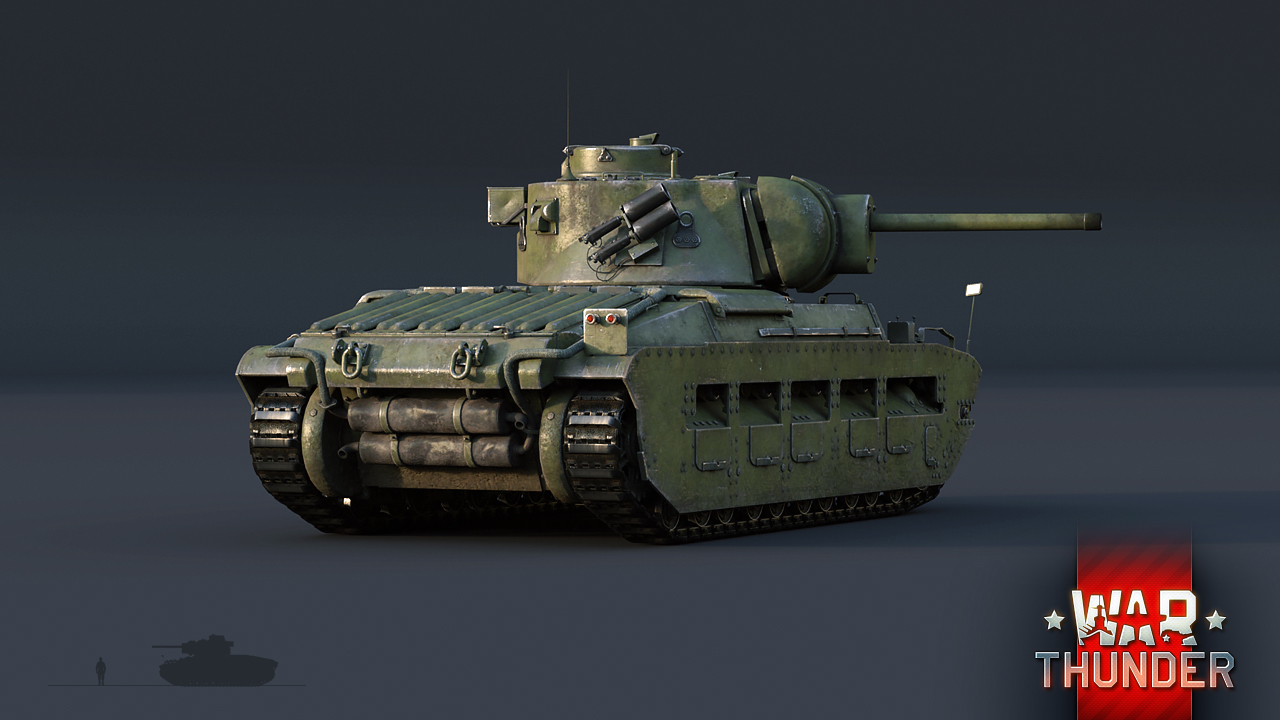 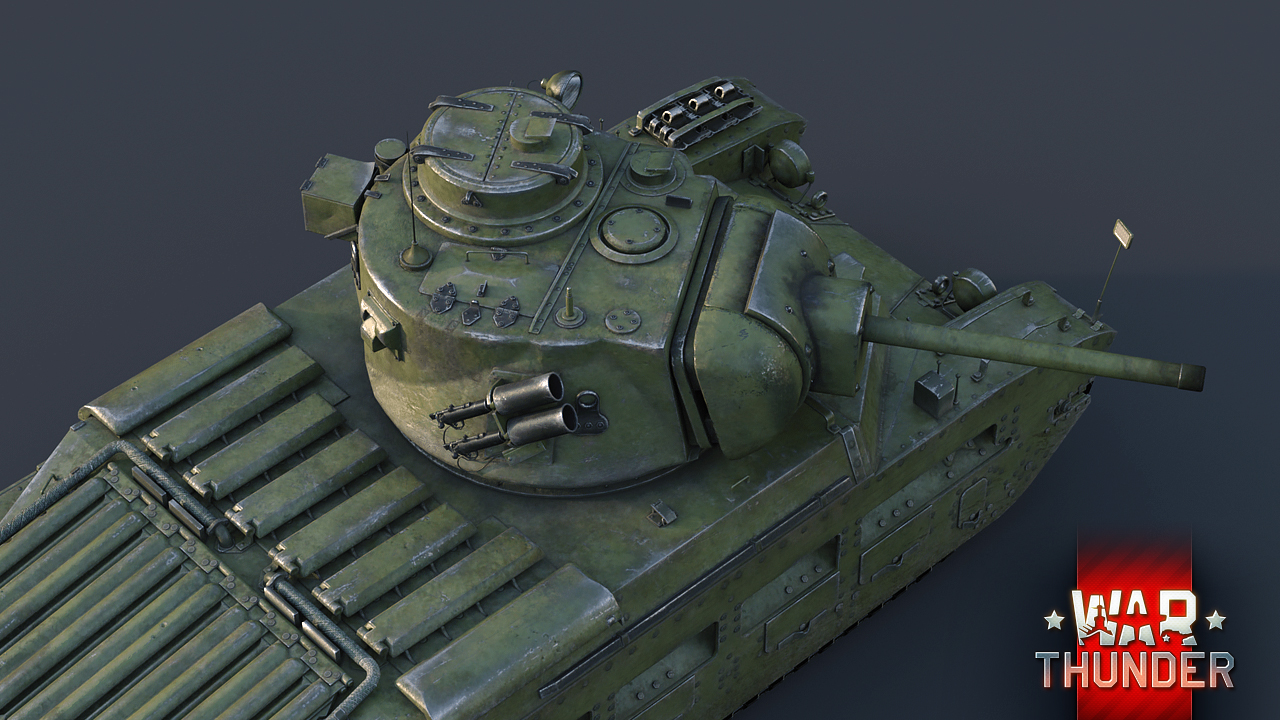 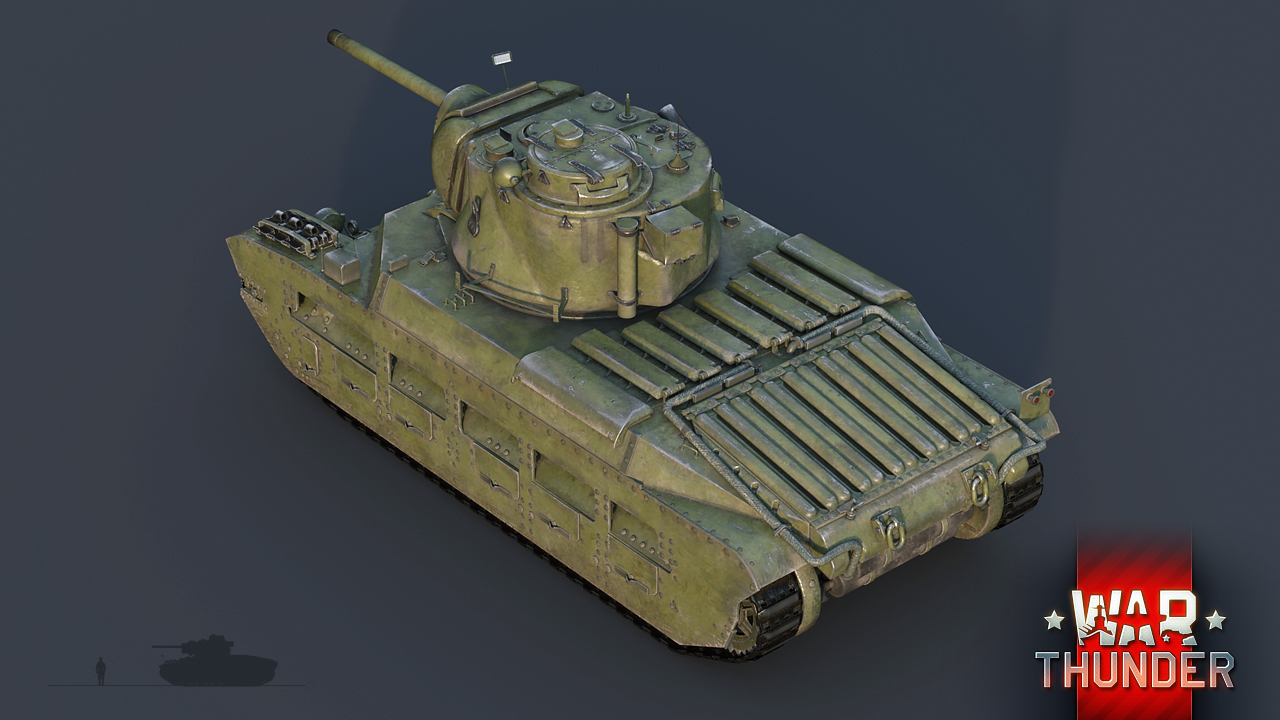 Do not forget to check details about War Thunder Chronicles!​

Commenting is no longer available for this news
Rules
richiethach
5

It's nice that you believe that War Thunder will be with us even in XXXVII century, but I can assure you, there will be no need to wait so long :)

Stona_WT, By that time, an AT AT would be reserve rank walker

Awesome. Would love it but don't think I have the time or money to get it

And something that fits War Thunder a little more: https://www.youtube.com/watch?v=Ulj61LxQgTI :)

Did you again eat the shrooms that grow on your basement walls? this Matilda is 6 from 13 task reward.

Dear Gaijan, I spent my money to get the tank and I bought all 6 of the chronicles event rewards for the tanks and the tank is not appearing in my tech tree. Could you please review my account and see why I didn't receive the first tank. I'm stressed because of this and I spent my money and I got nothing. Please help me or add it to my tree after you have confirmed that I have bought them because I have.

The vehicle is not yet implemented into the game, it will be available in one of the next content updates.​ You will receive it as soon the update is deployed.

Thulle_, thanks for the info

They have said at the bottom of the post it will be added in a near update so it's not in the game yet.

In future can we have more balance between planes and tanks in the RB and SB as it is much easier for a player to top a team in a match in a plane than in a tank. This makes the team topping stage much harder to do as well as the battle activity due to its current calculations.

Also thanks for more content again even if it comes through gritted teeth.