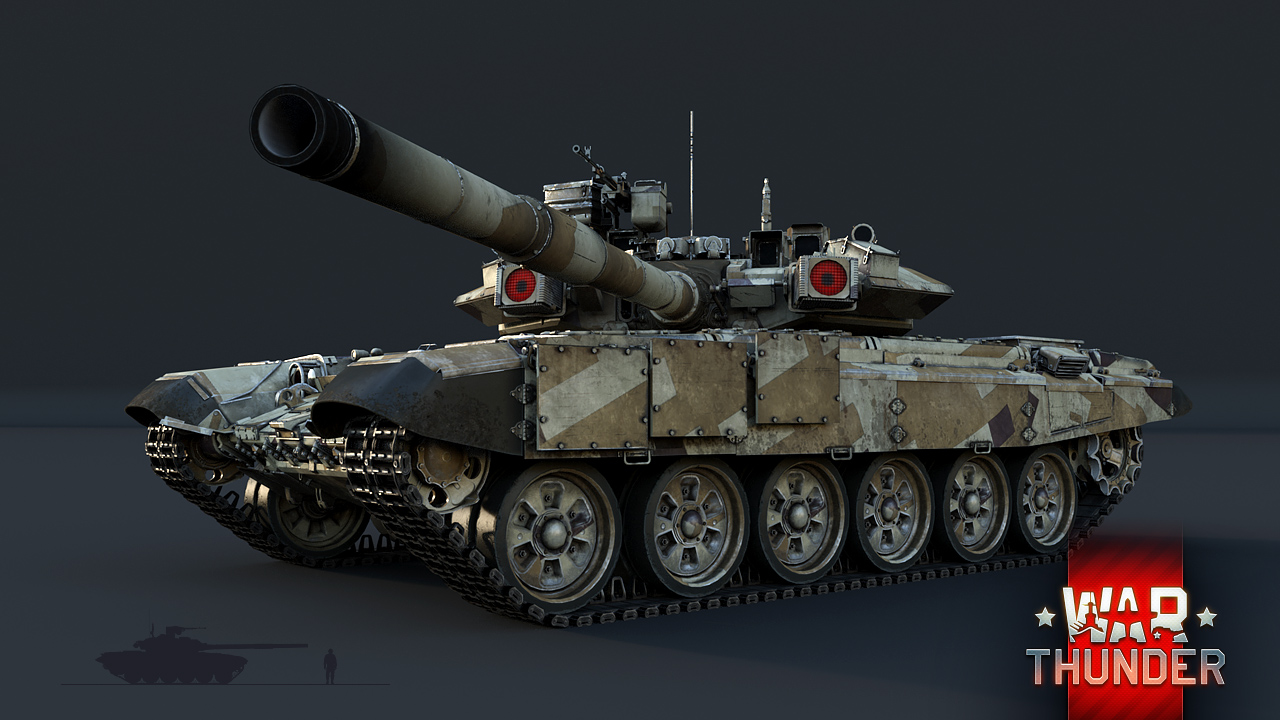 The Russian T-90A main battle tank represents a major overhaul of the tried-and-trusted T-72. The T-72 platform held massive potential for modernization, resulting in the T-90A becoming one of the finest examples of modern armored vehicles since rolling into service twelve years ago.

Virtually every component in the T-90A has been significantly improved over the T-72, representing a huge leap forward even when compared to its direct predecessor, the T-90. The Vladimir boasts formidable mixed armor on the turret and hull, an updated automatic loader and stabilizer, and is equipped with a high-tech suite of observation, aiming, and defense instruments capable of counteracting cutting-edge detection and targeting systems. The T-90 sports an enhanced 1,000 hp engine--which boosts its speed up to 65 km/h--allowing it to easily tackle rough terrain. Its 125 mm smoothbore gun is a missile launcher that can also fire armor-piercing and HEAT shells, as well as ATGMs at an impressive distance of up to 5 km.

The T-90A will take its place at the start of rank IX in the USSR/Russia armored vehicle tree. Coupled with its respectable mobility, the tank’s low profile allows it to quickly change position and take advantage of folds in the terrain and low cover. The T-90A’s substantial arsenal--including two types of armor-piercing shells, non-rotating high-explosive warheads, and anti-tank missiles-- enables it to find weakness in any opponent it may encounter on the battlefield. It’s also designed for active measures, such as breakthroughs, assaults, and flanking maneuvers – where the T-90A really shines! Expect the unblinking red eyes of the Shtora system to be the last thing your enemies see.

These new vehicles will ruin the game! I demand a submarine with nuclear missiles for the British, a Mech for the Japanese and a fat man driving a mobility scooter while wielding a M16 for the US to restore balance!

Add Death Star for rank XCVIII. If it is too OP, make it a gift like E-100 for those that would deserve it!

I think you are giving it a bit to much credit, a T-26 could wreck this thing.

comrades russia stronk should not face against russian stronk... t26 should get auto cannon and APFS-DS 1337mm penetration and 420mm HESH. and please add the u.s.s. enterprise for rank L. Because it's gonna take your L with its phasers.

OMFG 2 MINUTES TOO LATE HOW COULD YOU

Scarper, its ok. Im just hoping you do this for testing if u know what i mean ( ͡° ͜ʖ ͡°)