Sea Hurricane - Sky bane
4 November 2016 Profile
Attention! This news was published on the old version of the website. There may be some problems with news display in specific browser versions. 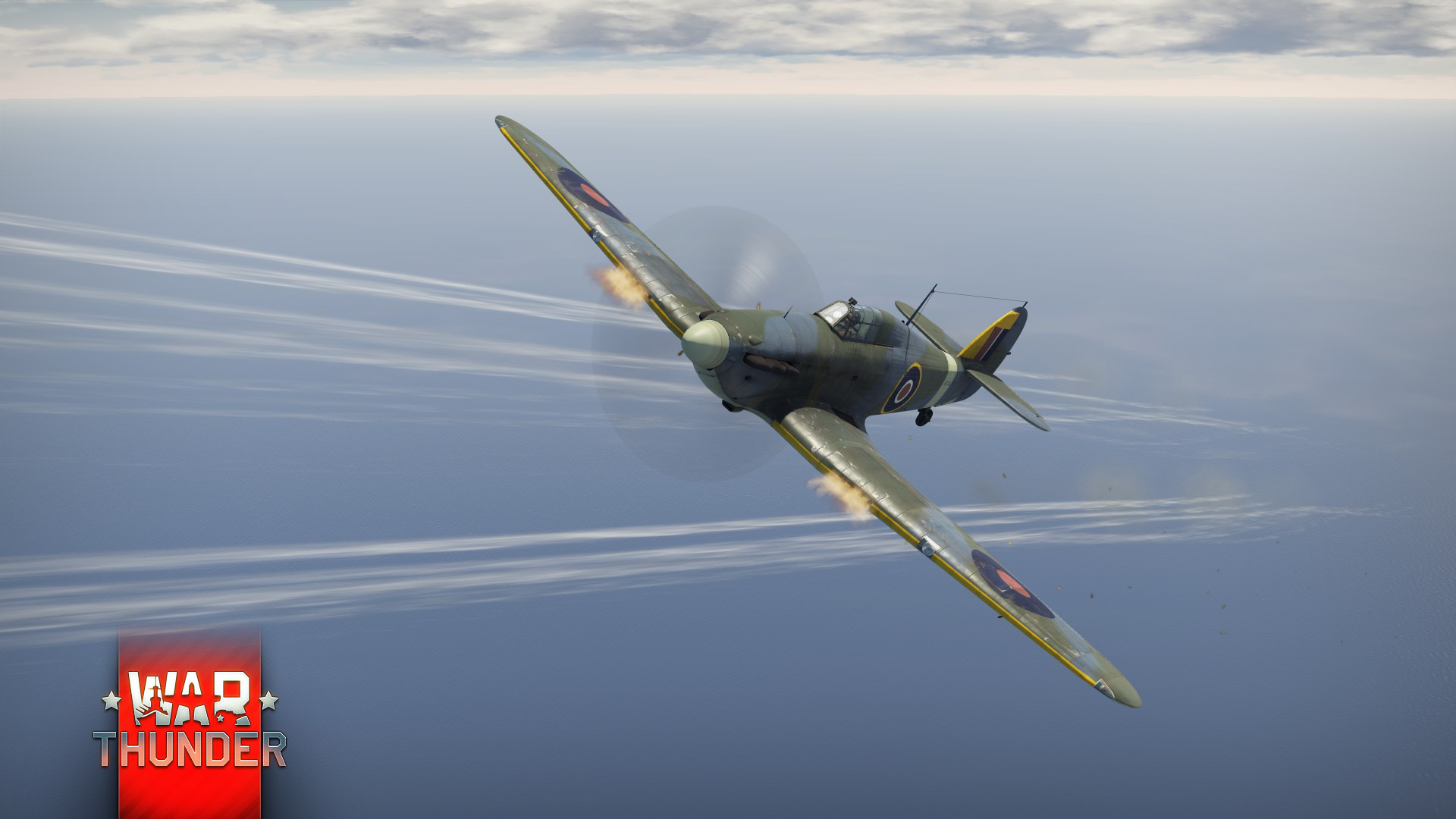 When the Royal Flying Corps and Royal Naval Air Service merged in 1918 to form the Royal Air Force the new service took control of all military aviation in the UK. Naval aircraft were a low priority, a situation not remedied until 1939 when the Navy took full control of the Fleet Air Arm (FAA) again. The years of neglect had taken their toll; at the outbreak of war the FAA had no adequate modern fighters. As a stop-gap until purpose-built naval fighters could be obtained the Navy expressed interest in the new Spitfires and Hurricanes entering RAF service, but deliveries to the RAF could not be interrupted in 1940.

By mid-1941, with Germany looking east and the threat of invasion receding in Britain, the FAA finally started to receive Hurricanes adapted for naval use. No Sea Hurricanes were built as such from scratch, they were adapted from existing, sometimes battle-worn, airframes. The first variant, the Sea Hurricane Mk IA, was a temporary expedient until dedicated escort carriers could accompany convoys. Launched by catapult from merchant ships they had no means of landing at sea; the pilot had to fly back to land if within range or ditch near the convoy. The Sea Hurricane Mk IB was a Hurricane Mk I with catapult spool and arresting hook, capable of both taking off from and landing on a carrier. Found in Tier II of War Thunder, after the Sea Gladiator in the Naval fighter branch of the British tree, the Sea Hurricane Mk IB is very similar to the Hurricane Mk I/L, a nice low-tier fighter.

The Sea Hurricane Mk IC has one all-important difference from the Mk IB: it upgrades the armament from eight .303 (7.7mm) machine guns to four 20mm Hispano cannon. As British pilots found in the Battle of Britain the .303 lacked stopping power, especially against bombers, and War Thunder players may well have had similar experiences. The 20mm cannon, on the other hand, is deadly, especially when loaded with Air Target ammunition. A short burst from four Hispanos is enough to deal with almost any enemy aircraft, it is not hard to see why it became the standard fit for British fighters into the 1950s. They are not ideal against armoured targets on the ground, though, and with no external ordnance options Sea Hurricanes should focus on engaging enemy aircraft. 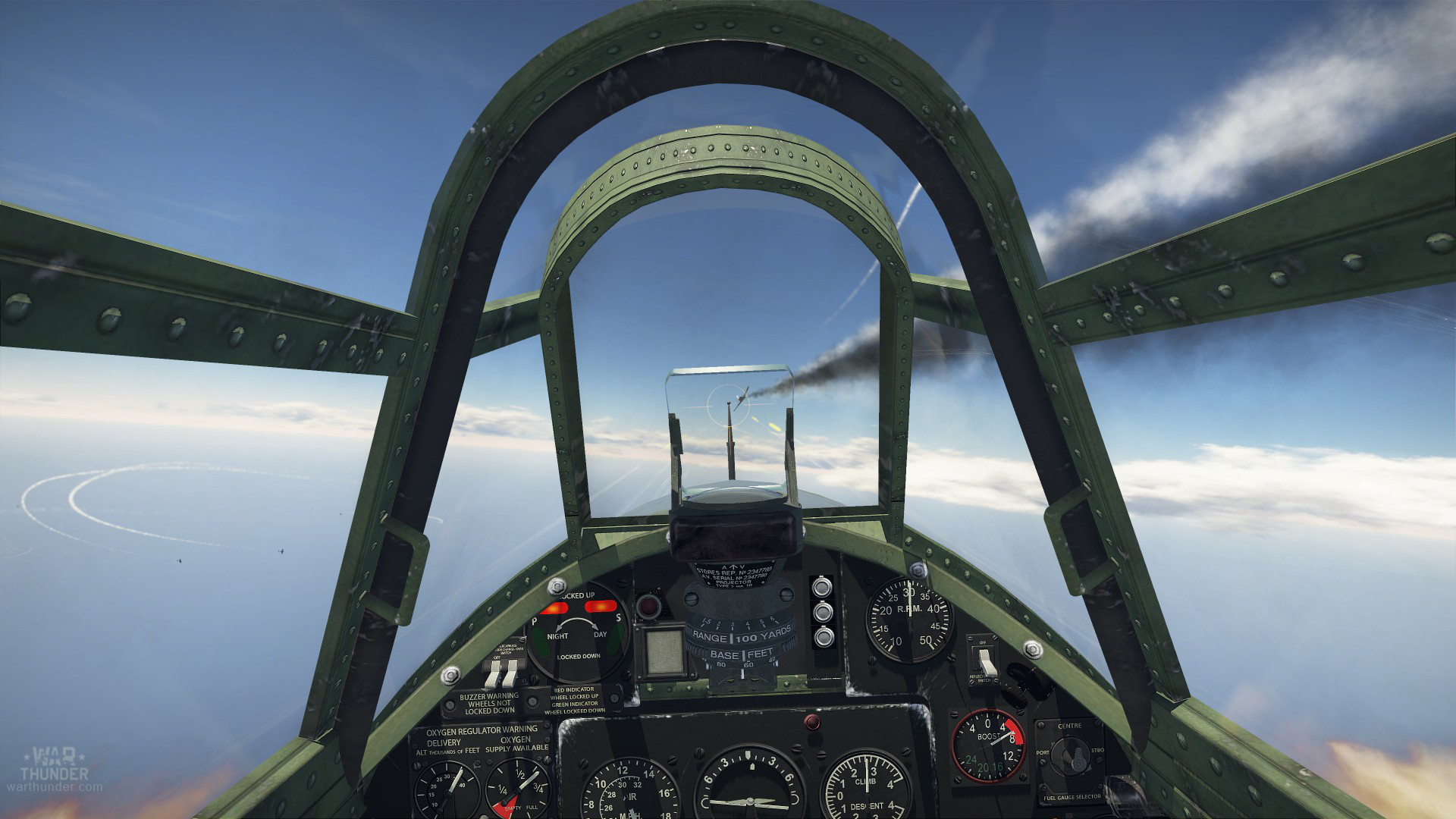 The Hurricane was not an ideal naval aircraft, lacking endurance for patrols, and was verging on obsolescence by 1941. Nevertheless FAA Sea Hurricanes gave sterling service until 1944 in the Atlantic, Arctic and Mediterranean. One of their most vital contributions was defending convoys to Malta when the island was under siege and perilously short of supplies; Lieutenant R. J. 'Dickie' Cork flew a Sea Hurricane Mk IC to great effect, bringing down five Axis aircraft in a single day on 12th August 1942 during Operation Pedestal.

The Sea Hurricane is an essential part of early British line-ups alongside its land-based relatives and early Spitfires, and firepower of the Mk IC should make it a firm favourite.

Commenting is no longer available for this news
Rules
Shepard_FR
18

Is this true that when a Hurricane flies from the Atlantic to the Pacific, it automaticaly becomes a Typhoon ? (Ok I leave...)

Actually, hispano cannons after DM changes in 1.59 are really un-reliable, they sparks a lot, exspecially air target belts. Seems like HEFI-SAPI rounds simply don't works, with 4 cannons you are effective....but i remember i was able to destroy everything wit a short burst before 1.59 while now i need to use half my ammo. I hope that, some days, weaponsand DMs will be refined in order to reach the same weapon effectiveness that we had before 1.59.

The same with stealth belts, 2 cannons Spitfires are not even close to what they were before 1.59, it's harder to kill fighters with them and almost impossible to kill bombers, with 4 cannons you don't feel as much but it's there too. British 20mm were completely nerfed. I used to play this game every day without missing one, I stopped after 1.59 arrived and only got back late 1.61 cause at least you could fly Spitfires then, now they just need to fix british guns cause they don't work as before

*sardinha08, ever flown the spitfire f mkix? well try that plane lol. And why hispanos are the most accurate guns in the game lol just because you can't aim with them and spark doesn't mean that they are broken you see i can get kills with a spit ez.

I remember that from WoWP, lol don't worry administrators, that games trash on my computer. Stupid health bars and bad connection on my part, but somehow can run war thunder smoothly :/... hmm, o well, anyways, pancake would be lit.

will there be large ships that catapult fighters can rearm at? will ships be released in this month? will seaplanes be able to land near boats to rearm? will the bv 238 be allowed to carry a guided missile(first plane to launch one I think)the missile will cause realistic battles to last longer because no base killing. will the Hudson will be on sale again? I was gonna buy it for a YouTube vid. the b17 used to carry light tanks to battle will this be added. if u use my ideas can I have a Hudson?

My poor brain after reading that oO

Stona_WT, Sorry Stona but, I mean the P-47N. It will probably take a while. just saying to everyone. Stealth on the 50cals are the best. Also will you be doing these types of things for guns? That would be cool.