Today we are pleased to present the Japanese answer to American Thunderbolts and Super Fortresses!
Meet the Ki-87 - The high altitude interceptor!

Shortly after the attack on Pearl Harbor, it became clear that Japan would require machines that were capable of stopping US bombing raids. The army commissioned therefore, to create and produce a high-altitude fighter capable of intercepting enemy bombers before they hit Japanese controlled islands. This objective sought, was achieved in part, by creating a twin-engined Mitsubishi Ki-83 and Kawasaki Ki-102, both of which are well-known to War Thunder players. In competition with the above-mentioned projects, an aircraft created by Kunihiro Aoki from the Nakajima Aircraft Company was a single-engine fighter equipped with a super-turbocharger and a pressurized cabin.

It took over two years to create the prototype of the Ki-87. Engineers encountered a number of problems, one of the biggest of which was the use of the super-turbocharger. The first flight of the machine took place in April of 1945. Ultimately, the aircraft had to reach nearly 700 km/h, whilst being equipped with 4 cannons: 2x20mm and 2x30mm, so that a pilot would be able to intercept enemy aircraft operating at high altitude, specifically the American B-29 Superfortress. However, before the machine had reached its full efficiency in battle, the war between Japan and the United States of America was over.

One of the most characteristic elements of this aircraft is a large super-turbocharger mounted on the right side of the fuselage. Our graphic designers have tried to reproduce as accurately as possible, the module on which Japanese engineers spent so much of their valuable time to implement into the vehicle.  Another distinguishing element is the aircraft's landing gear, prior to climbing beyond take off, it is rotated by 90 degrees, and only then retracts. Of course this element has also been recreated by us faithfully in the game. 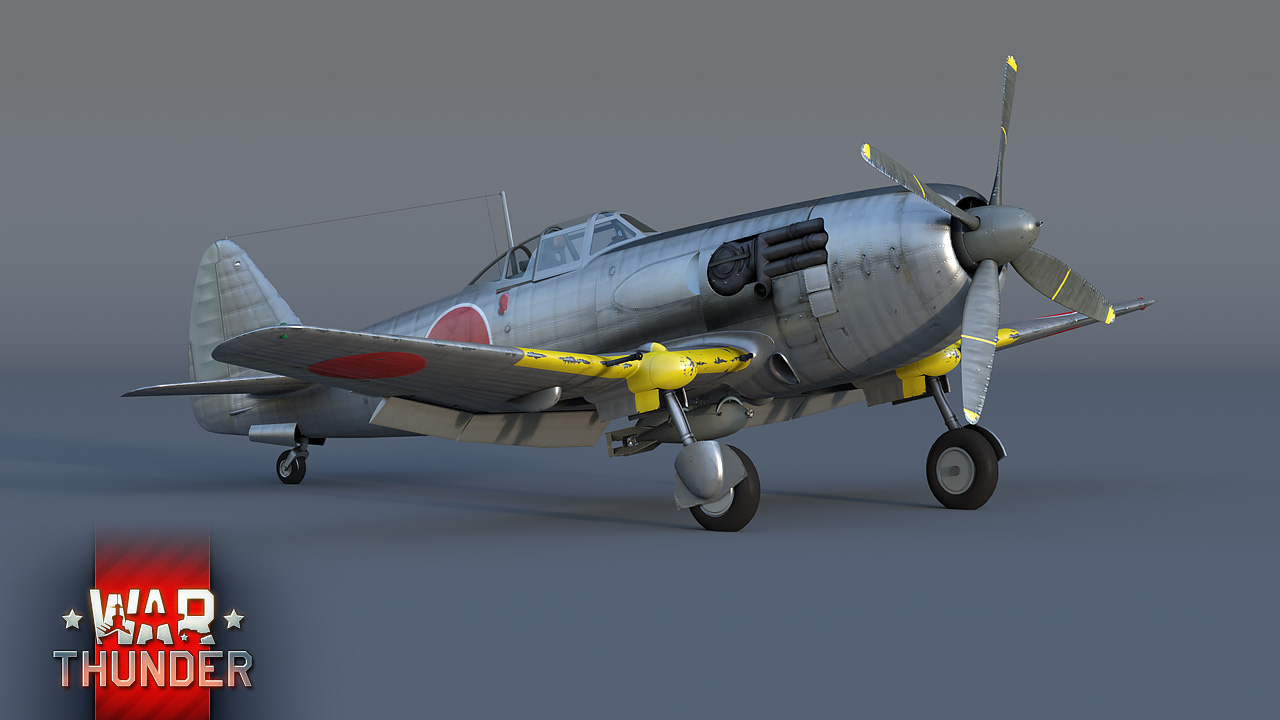 In contrast to the A6M Zero, Ki fighters never belonged to the most agile, so any player who sits in a Ki-87 cockpit should focus primarily on attacks that use the height/altitude advantage. With 20 and 30 mm cannons, even a short, accurate burst is able to rip or tear an enemy fighter or bomber apart.

Ki-87, one of the latest aircraft created in Japan during the Second World War, it will be a great addition to the Premium branch of the Japanese Tech Tree. Soon it will take pride of place in the line-up of many players who like to fly under the flag of the Rising Sun!

Commenting is no longer available for this news
Rules
furiosinge
1

Will it be a premium tier 4 or late tier 3? alao: i've herad rumors about an italian air forces tech tree to come in 2016, can you please confirm if it's only a rumor or if we will have it THIS YEAR for real?

Why do you putting so incredibly loud and annoying music in the video? Why dont you just leave it in the background and let the engine, guns, whistling through the air, do the trick?

Well the music is for sure epic.

Very nice plane, really interesting. I also like this new "Roundme" thing. Now, would it be possible to get the Beaufighter cockpits in this update because i believe they are the only heavy fighters that dont have one :)