Small, Slow and Tough: Valentine Mk.I
23 March 2016 Profile
Attention! This news was published on the old version of the website. There may be some problems with news display in specific browser versions. 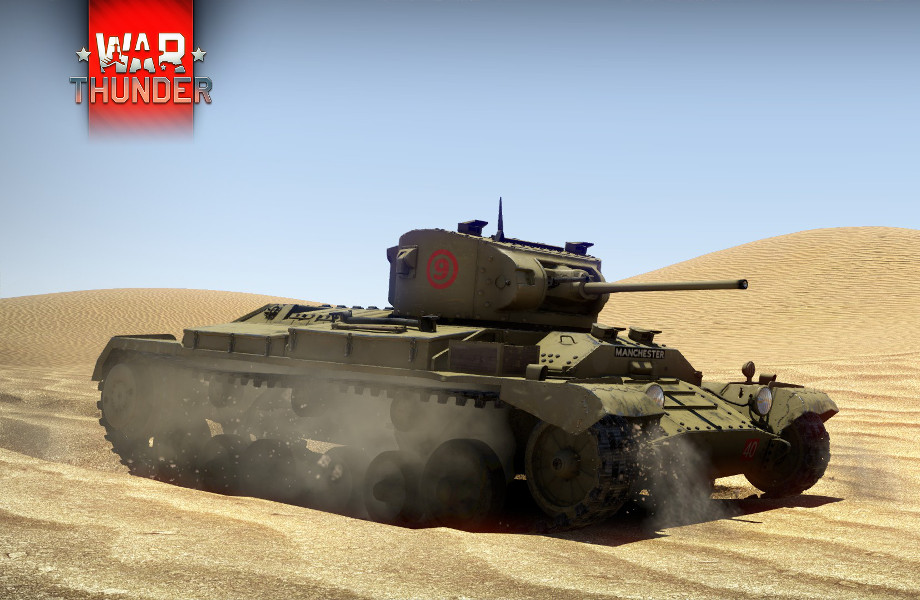 In-game, you will meet with the Valentine Mk I quite early on - it is located directly above the Tetrarch Mk I reserve tank and sits at rank I. If you like very fast, extremely agile, yet fragile tanks such as the Crusader or Tetrarch, prepare for things to change rather radically, as the Valentine is exactly the opposite of Tetrarch or Crusader - slow, but much better armoured. In the game, it is branded as a medium tank, but in reality, this British tank was designated as an infantry tank, eg. the same class as the famous Matilda Mk.II or the Churchill tank series. This designation was a product of the pre-war British doctrine of having two classes of tanks - the first, “cruiser tanks”, were supposed to be fast, agile and armed with guns able to tackle enemy armour, while the second class, “the infantry tank”, encompassed slow, well-armoured vehicles intended to keep up with the infantry and provide armoured support by engaging field artillery and enemy strong points.

The Valentine itself (officially designated as: Tank, Infantry Mk.III, Valentine) was then conceived in 1938 as a more compact alternative to the Matilda Mk II infantry tank with the first tanks delivered in 1940. While having the same gun and 15-20 mm of armour less than the Matilda Mk II, the Valentine was lighter, smaller, more mobile and cheaper.

That said, it is now obvious that the Valentine was no speed demon - its top speed is barely 14.9 miles per hour on a flat surface, but as was already stated, this was perceived as enough given the tank was supposed to advance slowly anyway. But the strongest trait of this tank is its armour. The frontal and side armour of the Valentine, is 60 mm thick, while the turret is 65 mm thick on the front and at the rear, with turret sides being 60 mm thick. This made the Valentine much better armoured than early variants of the German PzKpfw III or PzKpfw IV medium tanks, and in the game, the Valentine is no less sturdy. Its armour allows it to shrug off 37 or 45 mm guns with ease and will protect you against short-barrelled 75 mm and 50 mm tank guns as well. With the right angling and a bit of luck, the Valentine Mk.I can bounce even shots from the long-barrelled 7.5 cm KwK 40 tank gun found on the PzKpfw IV Ausf.F2 or the 75 mm M3 gun on the M4A1 Sherman - both of these tanks are currently within the BR range of the Valentine.

Armament-wise, the Valentine Mk.I is armed with the Ordnance Quick-Firing(QF) 2-pounder gun - the same gun as on practically all other rank I British tanks. The basic Shot Mk.1 AP/T round offers you up to 80 mm of penetration up close, while the improved Shot Mk.1 APCBC/T round sacrifices a little bit of close range penetration in exchange for much better performance at longer range and improved penetration against sloped armour. This firepower was more than enough to engage early German tanks in World War Two, and will do just fine against your foes at the given BR range with exception of some tougher adversaries such as the Sherman or the T-34 model 1940. The post-penetration effect is however lower, due to absence of explosive filler - a common trait of practically all British tank gun shells of World War 2. What this gun excels at is however the rate of fire - with fully trained and specialized loader, it has reload time of 2.9 seconds, giving the tank rate of fire of 20.68 rounds per minute, allowing you to literally pump shells down range and dispatch enemy tanks with the hail of rapid gunfire.

The tank is however far from being flawless. Its low top speed will prevent quick relocation, and its very slow reverse speed can be potentially very dangerous, as you have no chance to back up from trouble in good time. Valentine’s frontal armour is good, but it has several weak spots experienced player can use to his advantage - the exposed turret ring is only 20 mm thick and the middle of driver’s vision slit is only 17 mm thick. The armour is also mostly flat, so angling is recommended to maximize the protection. The angled plate between the upper and lower glacis is sloped enough to bounce most of incoming shots, but all it takes is to positioned be slightly downhill, and the plate quickly loses its effectiveness. The tank has also only three crew members with two of them packed tightly in a small turret, so a single penetrating hit with any APHE round can knock out the tank easily. Many of your opponents also have access to either APCR rounds (applied for 37 and 50 mm guns of German tanks) or, in case of the early PzKpfw IV tanks, to HEAT rounds able to burn through your armour at any range.

Given the pros and cons of this tank, the overall playstyle depends on which opponents you face. If you face tanks of the same tier as you or lower, don’t be afraid to lead the charge, soaking up hits and protecting more fragile friendly tanks, while showering the enemy with your fast-firing gun. Try to always angle your armour to cover your driver vision slot weak spot and don’t let the enemy figure out your thin turret ring weakspot. When facing 3.3 tanks such as the PzKpfw IV Ausf.F2 or the M4A1, frontal attack is very dangerous - the PzKpfw IV’s 50 mm flat armour can be penetrated with the 2-pounder shell at closer range, but its gun will have no trouble with your armour even at range. The sloped frontal glacis of the M4A1 is then virtually immune to your shells and flanking is not an option in the slow Valentine. Against such foes, stay behind, angle your armour and either aim for tracks to at least immobilize the enemy, or fall back to second line and engage those targets from the flank while they’re being distracted by your teammates.

Either way, this tank can be a fun to play and is a vehicle of choice for players preferring protection over mobility. The next vehicle in the given British tank tech tree branch, the Valentine Mk.XI, is then a welcomed improvement, featuring a slightly more powerful engine and the much more powerful QF 75 mm gun.

What are your experiences with the Valentine Mk I? Be sure to tell us in the comments!

Read more:
Legend of Victory: IS-2 №321
Dassault Milan: The Flying Mustache
"Danger Zone"  Update Teaser
Answers from the developers
Share the news with your friends!
Discuss on the Forums