News
back to news
Attention! This news was published on the old version of the website. There may be some problems with news display in specific browser versions.
Profile
19 January 2016 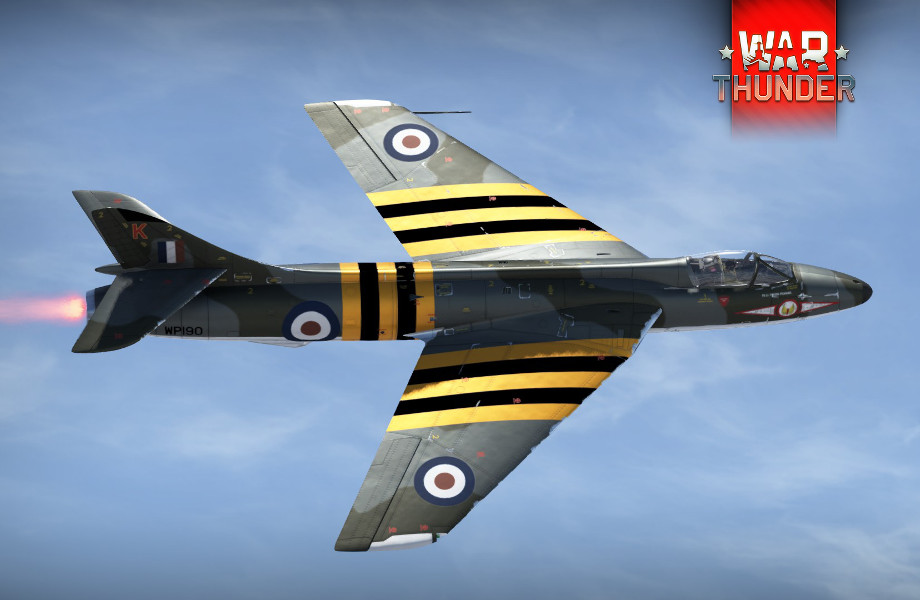 The British Hawker Hunter was a jet fighter aircraft born from the same creative minds that designed the Hurricane, Typhoon, Tempest and eventually the Sea Fury. Sydney Camm and his team were responsible for some of Britain's most successful aircraft designs and the Hunter would be no exception to this. Successful both at home and away on the export market, the Hunter would serve not just extensively with the RAF but many other international Air Forces too.

The F.1 concludes the Hawker aircraft line following on from the De Havilland Venom, the aircraft the Hunter would follow into operational service just slightly later in the 1950s eventually fully replacing it. Whilst the Venom, a development of the Vampire, enjoyed success in both RAF, Fleet Air Arm and export service, it was not quite on par with many swept wing jet fighters that were emerging within the period around the world. Lessons learned in the opening stages of the Korean War where the vulnerable straight winged F-84s, F-80s and Meteor F.8s faced off against the new swept wing design Soviet MiG-15 that showed the advantages and further validated such a design on jet fighter aircraft. Whilst some low speed performance would ultimately be sacrificed, in an age where speed was key, the swept wing was the way forward.

Britain was slightly behind both the USA and USSR at this time as many of its own indigenous swept wing designs were still in development due to setbacks experienced in early tests. The RAF quickly covered the gap in its inventory with the Canadair CL-13 whilst multiple British aviation companies worked on their latest developments. Supermarine would focus their efforts on the Swift, which appeared to be promising at first but was plagued with issues in its F.1 and F.2 models that ultimately lead it to be used mostly in Fighter Reconnaissance roles. Hawkers design, based on a 1946 Air Ministry specification, utilized the Rolls Royce Avon engine that would also be used in the Vickers Valiant, English Electric Canberra and BAC Lightning.

The Hunter F.1 was the first operational version of Hawker’s new design to enter service with the Royal Air Force and replaced the Swift in many fighter roles. Initial models were somewhat primitive by comparison to the improved later models, however the primary features of the Hunter remained the same throughout its development.  Equipped with a gun pack mounted below the cockpit floor,  the 4 x 30mm ADEN cannons provides a devastating punch that equates to a burst mass of 20.84 kg’s per second fired. A healthy ammunition supply of 600 rounds means sufficient quantity for multiple engagements over its primary opposition aircraft like the MiG-17 and F-86 F2 that allow the Hunter more versatility in combat as well as fewer trips back to base. Whilst not present on the initial pre-production batch, some F.1’s were the first to be fitted with an airbrake which greatly benefitted the Hunters capabilities. This would also become particularly useful for the F.G.A models when used in the Ground-Attack role.

The “achilles heel” of the Hunter is its poor turning and horizontal maneuverability. Being a very large, bulky and heavy aircraft by comparison to the MiG or F-86, the Hunter is considerably worse at turning or “dogfighting” engagements.  The key aspect to successful piloting with the Hunter is to remain at high speeds and avoiding the unnecessary disposal of energy and momentum. During engagements, as with any jet, it is always a temptation to deploy air brakes to get on a target's “six”, however the Hunter suffers more than most when losing energy. Initial acceleration in the Hunter is significantly slower by comparison to the Meteor F.8  or MiG-15Bis, meaning gaining back energy can be problematic, particularly in the middle of a combat engagement.

This is compensated for with an exceptional top speed. Once the aircraft gets up to operational altitude and sufficient energy, it performs very well as a high speed “boom and zoom” aircraft due to its hard hitting ADEN cannons. What the Hunter lacks in agility and maneuverability, is made up for in raw power and offensive punch. The Hunter’s characteristics work exceptionally well when teamed with other British jets like the Venom and Meteor that can cover the the weaknesses of the Hunter’s maneuverability. When facing off against the top rank jet aircraft of other nations such as the CL-13 Mk 5 or MiG-17, it's important to communicate and make use of squadmates to effectively cover all combat situations.

The Hunter would achieve numerous records throughout its decorated career at the hands of many famous fighter veterans and test pilots from the Second World War, such as Neville Duke, who set the world air speed record for a jet engined aircraft in 1953 with a modified Hunter Mk 3. The Hunter would also be the mount of the famous “Black Arrows” RAF display team, the forerunners to the current RAF “Red Arrows”

The roles covered by the Hunter were so vast within RAF service, that its eventual replacement was not 1, but 3 aircraft. The McDonnell Douglas F4 Phantom, BAC Lighting and Hawker Siddeley Harrier would all take over roles and places in frontline service were the Hunter had previously occupied, however it would continue on in training roles and experimental tests as well as in international service. The last Hunters in service retired as recently as 2014, but many survive today in civilian hands and in museums across the world.