News
back to news
Attention! This news was published on the old version of the website. There may be some problems with news display in specific browser versions.
Profile
7 January 2016 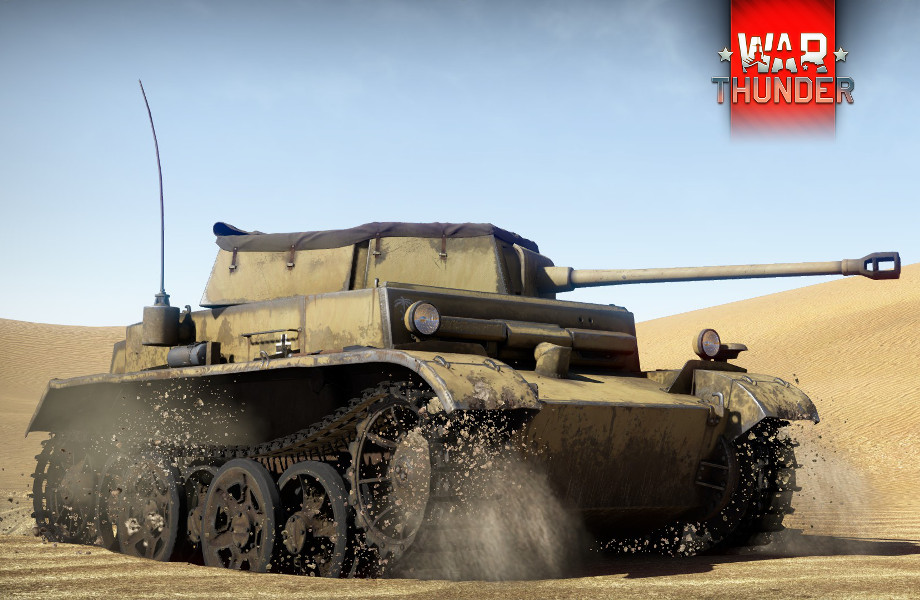 For many players, the PzKpfw II light tank was the very first German tank acquired in the German technology tree. At reserve tier, it offers quite good mobility, the strongest frontal armour and a stunning rate of fire due to its auto-cannon. In the game, due to the BR placement of the PzKpfw II, your auto-cannon will largely be sufficient against most of your opposition and you don’t have to fear higher tiered opponents...but in harsh reality, the PzKpfw II did not have such privilege. In 1941, it was already largely ineffective as a frontline tank and was outclassed by modern Allied tanks. It however proved itself useful as a reconnaissance tank, and inspired German engineers to produce more advanced reconnaissance tanks. Ultimately, it was then decided to use the battle-hardened PzKpfw II as a basis for new light tank designs. From these foundations, the PzKpfw II Ausf.H, the topic of this article, was eventually born.

The PzKpfw II Ausf.H is marked as another variant of the PzKpfw II, but in fact, it was a totally different vehicle, along with other advanced variants such as PzKpfw Ausf.G, J or L. Compared to the original vehicle, these variants received a new chassis with overlapping wheels and “slack-track” design, a new engine and redesigned hulls. The only shared component was the original PzKpfw II turret, housing the KwK 38 autocannon. This was also the original armament of the Ausf.H, but in the game, you will quickly realize that the Ausf.H is armed much better than that. The tank is armed with a modified 5 cm PaK 38 L/60 anti-tank gun - basically the same gun as the one used on the PzKpfw III Ausf.J1, L and M medium tanks. In reality, only two PzKpfw II Ausf.H tanks with such armament were ever produced.

In real life, only two of these tanks were built as an attempt to boost the firepower, and due to weight restrictions, the new turret housing the gun had to be open-topped and opened to the rear. In the game, this makes your crew potentially very vulnerable not only by enemy shells and artillery, but also by aerial strafing runs.

Regarding armour, the tank has up to 30mm of armour on the frontal glacis and gun mantlet, with 20mm at the sides of both hull and turret and the rear. This is not much, and practically every enemy tank on given BR spread will be able to defeat your armour even from the front, but that’s not surprising on a light tank, as these vehicles didn’t rely on their armour to avoid trouble. It was their speed allowing them to survive on the battlefield, and the PzKpfw II Ausf.H is no different. Its top speed is up to 56 kph at paved surface and 46 kph in terrain, making the vehicle highly mobile. Overall agility is even better - the tank can traverse its hull in no time and is actually so agile it is prone to oversteer when driven carelessly.

The vehicle obviously has its disadvantages as well. The turret traverse time of 15° per second is not bad on its own, but with a fast hull traverse, it will often cause you trouble, as your gun will be unable to follow quick maneuvers - this could lower your response time a lot. The gun has also practically no depression, preventing you from using hull-down cover to your advantage. As mentioned, the armour will not protect you against practically anything, and your open-topped turret will make your crew highly vulnerable to artillery, high explosive shells and aerial strafe runs.

In the real life, the vehicle was designed to a fast scout tank, and you can the vehicle in a such way in War Thunder as well. The PzKpfw II Ausf.H is best suited to large open maps such as Kursk, Mozdok or Alamein, where it can fully utilize its speed. You can race to a favourite position and act as a vanguard, taking potshots at advancing enemy tanks and slowing their advance, which will also allow you to relay the position of enemy vehicles to your team. Alternatively, you can also be a “fast-capper”, racing ahead to capture target zones before enemy tanks have a chance to get there. The speed and small dimensions will also allow you to act as a flanker - there is nothing more annoying than a small tank, suddenly appearing from nowhere and sniping unsuspecting enemies from the side or rear! Your gun is a viable asset in such actions, as no enemy can be fully safe against it even from the front.

To sum things up - the PzKpfw II Ausf.H is fast, agile, fragile and well-armed. Don’t get hit, be mobile and keep your distance from enemies.