War Thunder: Update 1.55 "Royal Armour"
15 December 2015 Development
Attention! This news was published on the old version of the website. There may be some problems with news display in specific browser versions.
Update 1.55 “Royal Armour” released!

The new major update introduces armoured vehicles to Great Britain. More than 30 machines of the finest British steel, 9 new aircraft, 2 amazing North African locations and many more features have been added to the game.

We can’t wait to put British armour into the hands of our players! Some vehicles will be available to play right from the start.. The rest of them will be first tested and then introduced step by step. Follow our news to learn how to join the beta-test, that also grants access to all of the initial machines. Don't miss it!

See the full list of changes in the Changelog section.

Thirty British tanks including variants of Valentine’s, Matildas, Cromwells and Churchills  will be introduced over the coming weeks with five regular and four premium tanks initially for the Brits. Over the next few weeks the British ranks will steadily grow and encompass self-propelled guns and the very first armoured cars in War Thunder in the form of the T17E2 and Mk II AA.

Follow the progress of British ground forces testing on the War Thunder website, the forums and in the game’s communities across social media: check the news, screenshots and historical articles about upcoming vehicles.

Supporting the heavy armour of the British tanks will be other vehicles in the update such as the formidable Mig-17 Jet fighter, the most modern Soviet aircraft in the game. This is further boosted with the addition of three new Japanese fighters consisting of the Ki-44-2, the A7M2 and the Ki-61 Tei, the only mass produced Japanese liquid cooled fighter during World War II. The first American biplane will also join the mix as it makes its appearance in War Thunder in the form of the F3F, as well as new German and British bombers.

As with all major War Thunder Updates, our latest one adds new playable maps, this time  introducing War Thunder’s first ever desert themed locations which is a perfect fit for the British armour, namely Tunisia and El Alamein. The new maps offer up a variety of challenging combat conditions from flat open ground with good visibility to undulating sand dunes and towns that will present deadlier close quarter battles and ample ambush opportunities.

The “Royal Armour” update will later provide players with daily events in the form of personal battle tasks. The Types of personal tasks will depend on a user’s game play style and his vehicle and mode preferences. Players that successfully complete a task will receive war bonds. The rewarded War bonds can be used by players to purchase boosters, supply boxes and other items. Players can complete 3 tasks per day all with different levels of difficulty. Don’t forget to check the full list of changes in the update, see more details on our devblogs  and of course try the new update now! 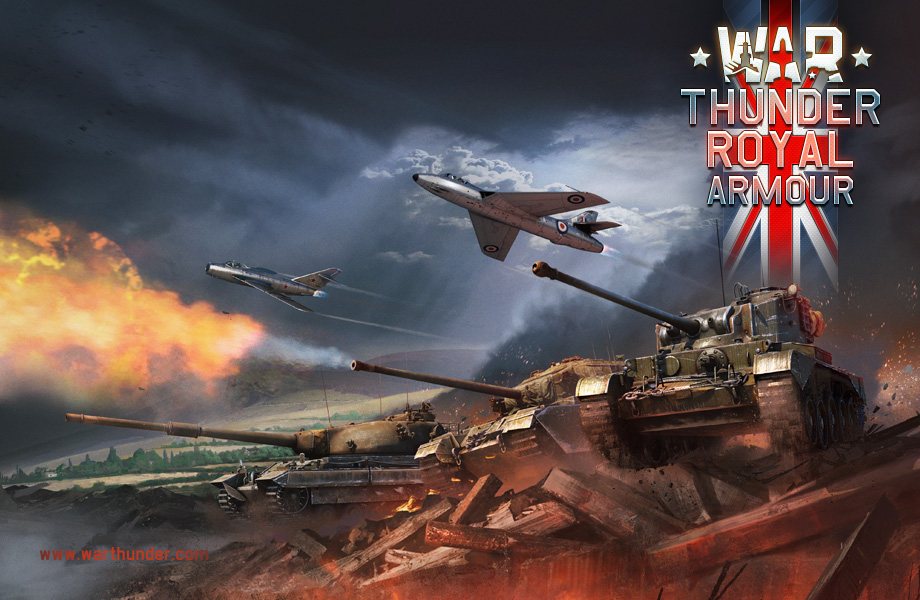 See you on the battlefield in the “Royal armour” Update!